A one dollar bill met a twenty dollar bill and said, "Hey, where've you been? I haven't seen you around here much."
The twenty answered, "I've been hanging out at the casinos, went on a cruise and did the rounds of the ship, back to the United States for a while, went to a couple of baseball games, to the mall, that kind of stuff. How about you?"
The one dollar bill said, "You know, same old stuff ... church, church, church."

The farmer met his kin at the railroad station. “Uncle, I’m mighty glad to see you, he greeted. “That crate of chickens you sent me bust open just as I was going to take ‘em out and they ran all over the place. I chase ‘em through my neighbor’s yard and only got back eleven.” “You did okay,” said uncle. “I only sent you six.”
#joke
Joke | Source: A joke a day - Free Jokes of the Day Clean Funny Jokes via Email, Humor and Entertainment

Henry Ford dies and goes to heaven. At the gates, an angel tells Ford, "Well, you've been such a good guy and your invention, the assembly line for the automobile, changed the world. As a reward, you can hang out with anyone you want to in Heaven."
Ford thinks about it and says, "I wanna hang out with God, himself." The befeathered fellow at the gate takes Ford to the Throne Room and introduces him to God. Ford then asks God, "Hey, aren't you the inventor of Woman?" God says, "Ah, yes." "Well," says Ford, You have some major design flaws in your invention:
l. There's too much front end protrusion
2. It chatters at high speeds
3. The rear end wobbles too much, and
4. The intake is placed to close to the exhaust."
"Hmmm.." replies God, "hold on." God goes to the Celestial Supercomputer, types in a few keystrokes, and waits for the result. The computer prints out a slip of paper and God reads it. "It may be that my invention is flawed," God replies to Henry Ford, "but according to my Computer, more men are riding my invention than yours."

Today was little Johnny's birthday.
He decides to behave in school so he wouldn't get flogged. He gets to St. Marges and goes through his first five classes behaving. All of the nuns were super impressed; even told him so.

He comes to his final class of the day and thinks,
'OK, I've been good all day, now get though this forty minutes and I'm home free.'

Mother Superior, the witch herself, he thought. He stayed alert and answered ever question effectively; even Mother was impressed and told him so.

Five minutes before the class ended Little Johnny's eyes got heavy and he nodded out for a second.

"Little Johnny" Mother Superior exclaimed. "Time to go to the discipline room"
"No Mother! Please, I really tried to behave."
"I know," she replied; "But rules are rules."

So he follows her to that dreaded room. She then tells him. "You know, you are now twelve years old and at the age of accountability, so your punishment will be different this time trousers down, young man!"

So as he pulls his pants down, and he happens to glance back and passes out because of what he saw.

Little Johnny awoke to his mother's concerned voice in the nurses' office. "I got a cookbook once," said the first, "but I could never do anything with it."

"Too much fancy cooking in it, eh?" asked the second. 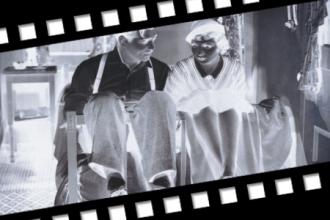 People think youre an idiot. I dont know where they get that idea. But when they hear my accent for the first time, I can tell theyre looking at me and theyre just waiting for me to say something like, What are shoes for?
#joke #short
Joke | Source: Comedy Central: Jokes - Jokes provided daily from Comedy Central's archive.

Little Mary was at her first wedding and gaped at the entire ceremony. When it was over, she asked her mother, â€œWhy did the lady change her mind?â€
Her mother asked, â€œWhat do you mean?â€
"Well, she went down the aisle with one man and came back with another one.â€
This joke was reprinted from "Laugh Yourself Healthy" by Charles and Frances Hunter, with permission of Strang Communications. Copyright 2008. All rights reserved.

Do you know why the Cincinnati...

Do you know why the Cincinnati Bengals were the last NFL team to get a website?
Because they couldnt put three W's in a row.
#joke #short
Joke | Old joke from joke of the day archives - Check out other old jokes Tuesday, 10 February 2009


Queen Nyteshade had two claims to fame. She could tell fortunes and she was a midget. The local authorities frowned on her because they thought that fortune telling was fraudulent. They had Queeny arrested. She was placed in a holding cell. Since she was so small she was able to squeeze between the bars of her cell and escape. This to incensed the judge that he ordered the local newspaper to print an article about the culprit. The following was printed in the paper the next day. Small medium at large.

a tip for the ladies in the audience: "Bite Me!" is not near the insult your mind believes its going to be.
#joke #short
Joke | Old joke from joke of the day archives - Check out other old jokes Friday, 27 June 2008

A college physics professor was explaining a particularly complicated concept to his class when a pre-med student interrupted him.
Â“Why do we have to learn this stuff?Â” one young man blurted out.
Â“To save lives,Â” the professor responded before continuing the lecture.
A few minutes later the student spoke up again. Â“So how does physics save lives?Â”
The professor stared at the student for a long time without saying a word. Finally the professor continued.
Â“Physics saves lives,Â” he said, Â“because it keeps certain people out of medical school.Â”

What do you call an Australian...

What do you call an Australian with a sheep under one arm and a goat under the other?
Bisexual.
#joke #short
Joke | Old joke from joke of the day archives - Check out other old jokes Saturday, 27 June 2009