A lawyer's dog, running around town unleashed, heads for a butcher shop and steals a roast. The butcher goes to the lawyer's office and asks, "if a dog running unleashed steals a piece of meat from my store, do I have a right to demand payment for the meat from the dog's owner?" The lawyer answers, "Absolutely."
"Then you owe me $8.50. Your dog was loose and stole a roast from me today."
The lawyer, without a word, writes the butcher a check for $8.50. The butcher, having a feeling of satisfaction, leaves.
Three days later, the butcher finds a bill from the lawyer: $100 due for a consultation.

The teacher said; Tommy, this is the fifth day this week you’ve had to stay after school. What have you to say for yourself?
I’m certainly glad it’s Friday, said Tommy.

Nursery school teacher says to her class, "Who can use the word 'Definitely' in a sentence?"
First a little girl says "The sky is definitely blue"
Teacher says, "Sorry, Amy, but the sky can be gray, or orange..."
Second little boy..."Trees are definitely green"
"Sorry, but in the autumn, the trees are brown."
Little Johnny from the back of the class stands up and asks:
"Does a fart have lumps?"
The teacher looks horrified and says "Johnny! Of course not!!!"
"OK...then I DEFINITELY sh*t my pants..

Funny Photo of the day - Just Be Cool…Be Cool….Blend In… Just Be Cool…Be Cool….Blend In… | Source : There I fixed it - photos of ur handiwork!

The long term implications of drugs and medical procedures must be fully considered: Over the past few years, more money has been spent on breast implants and Viagra than was spent on Alzheimer's research. It is believed that by the year 2030, there will be a large number of people wandering around with huge breasts and erections who can't remember what to do with them!
#joke
Joke | Source: Jokes of the day - Used to be Joke rating machine, but this site is dead 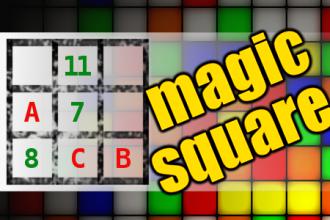 and the whole classroom burst into laughter.

After the laughter had subsided, the teacher glared at the student and said, "Not an excuse, you can use your other hand to write."

Norm MacDonald: Lie for No Reason

You ever lie for no reason at all? Just all of sudden, a big lie spills out of your evil head. Like a guy will come up to you, Hey, did you ever see that movie with Meryl Streep and a horse? And you go, Yes. In the back of your head, youre like, What in the hell am I lying about over here? I stand to gain nothing by this lie.
#joke
Joke | Source: Comedy Central: Jokes - Jokes provided daily from Comedy Central's archive.

Biblical bumper stickers:
Jonah: Save the Whales
The Israelites: Honk If You Love Moses
Elijah: My Other Chariot Rolls
Goliath: Support the Ban on Slingshots
Lot: If You Canâ€™t See Sodom, Youâ€™re Too Close
Methuselah: Be Kind to Senior Citizens
From "Moses' Favorite Travel Jokes," published by Barbour Publishing, Inc., Uhrichsville, Ohio. Copyright 2009. Used by permission of Barbour Publishing, Inc.

An Australian was in Ireland. ...

An Australian was in Ireland. On his way to Belfast, he stopped
at a bar and asked one of the locals, "What's the quickest way
to Belfast?" The Irishmen asked, "Are you walking or driving?"
The Australian replied, "I'm driving!" The Irishman said, "Aye,
that'd be the quickest way!"
#joke #short
Joke | Old joke from joke of the day archives - Check out other old jokes Wednesday, 25 February 2009


The following is supposedly a true story. To be included, besides being true, the story is most likely strange, weird, surprising, or funny.

A member of the ruling junta who oversees Thai Airways International has ordered the carrier to hire more-attractive stewardesses.

"We have received a lot of complaints that our air hostesses are not pretty enough, too old and unsmiling," Air Chief Marshal Kaset Rojananil said.

In an interview published in "The Nation", the airline has been hiring too many college-educated women, he said, adding: "Intelligent women tend not to be good looking."


Joke | Old joke from joke of the day archives - Check out other old jokes Wednesday, 09 July 2008

the Pharaoh was dictating, and...

the Pharaoh was dictating, and his scribe was busily chipping away at the stone tablet. "I have plans . . . to form," the monarch said slowly, "a personal bodyguard . . . of stalwart . . and virile . . . young men."

The chips flew, but then suddenly ceased flying, and the perspiring chiseler looked up inquiringly, "Excuse me, your Majesty, but is virile spelled with one or two testicles?"

It's not hard to meet expenses; they are everywhere.

It's not how good your work is, it's how well you explain it.

It's not the work that gets me down, it's the coffee breaks.

It's out of my control.

Job placement: Telling your boss what he can do with your job.

Join in the new game that's sweeping the country. It's called "Bureaucracy". Everybody stands in a circle. The first person to do anything loses.

Junk mail arrives the day it was sent.

Just about the time when you think you can make ends meet, somebody moves the ends.

Just about the time when your income gets to the point where food prices don't matter, calories do.

Q: What do you call a blonde in the freezer? A: A Frosted Flake.
#joke #short #blonde
Joke | Old joke from joke of the day archives - Check out other old jokes Thursday, 09 July 2009