A couple go for a meal at a Chinese restaurant and order the 'Chicken Surprise', the waiter brings the meal, served in a lidded cast iron pot.
Just as the wife is about to serve herself, the lid of the pot rises slightly and she briefly sees two beady little eyes looking around before the lid slams back down.
'Good grief, did you see that?' she asks her husband. He hasn't, so she asks him to look in the pot. He reaches for it and again the lid rises, and he sees two little eyes looking around before it slams down.
Rather perturbed, he calls the waiter over, explains what is happening, and demands an explanation.
'Please sir,' says the waiter, 'what you order?'
The husband replies, 'Chicken Surprise.'
'Ah! So sorry,' says the waiter, 'I bring you Peeking Duck

While sports fishing off the Florida coast, a tourist capsized his boat. He could swim, but his fear of alligators kept him clinging to the overturned craft. Spotting and old beachcomber standing on the shore, the tourist shouted,"Are there any gators around here?!"
"Naw," the man hollered back, "they ain't been around for years!"
"Feeling safe, the tourist started swimming leisurely toward the shore.
About halfway there he asked the guy,"How'd you get rid of the gators?"
"We didn't do nothin'," the beachcomber said.
"The sharks got 'em."

If Jesus had been a chiropract...

If Jesus had been a chiropractor, would there have been millions of disc I pulls?
#joke #short
Joke | Source: Pun Gents - Daily Jokes, One-liners, Groaners, Puns of the day :: Puns on Demand :: Punshine Girls and Boys!

A man went to visit a friend and was amazed to find him playing chess with his dog. He watched the game in astonishment for a while. "I can hardly believe my eyes!" he exclaimed. "That's the smartest dog I've ever seen."

"Nah, he's not so smart," the friend replied. "I've beaten him three games out of five."
#joke
Joke | Source: A joke a day - Free Jokes of the Day Clean Funny Jokes via Email, Humor and Entertainment

Funny Photo of the day - The Creative Process The Creative Process | Source : Jokes photos - Used to be - WTF Pictures and WTF videos - but site no longer exists

Which condom would you use....

Nike Condoms: Just do it.

Toyota Condoms: Oh what a feeling.

Diet Pepsi Condoms: You got the right one, baby.

Pringles Condoms: Once you pop, you can't stop.

Secret Condoms: Strong enough for a man, but made for a woman.

Macintosh Condoms: It does more, it costs less, its that simple.

Dial Condoms: Aren't you glad you use it? Don't you wish everybody did?

California Lotto Condoms: Who's next?

Avis Condoms: Trying harder than ever.

The Carl's Jr. Condom: If it doesn't get all over the place, it doesn't belong in your face...

AT&T condom: 'Reach out and touch someone.'

Microsoft: where do you want to go today ?

M&M condom: 'It melts in your mouth, not in your hands!'

Chevron: use them? people do.

Taco Bell: get some; make a run for the border

MCI: for friends and family

The Sears latex condom: One coat is good for the entire winter

Delta Airlines travel pack: Delta's ready when you are

The Star Trek Condom: To Boldly Go Where No Man Has Gone Before

Burger King: Have it your way

Dairy Queen: We treat you right

AOL: So easy to use, no wonder it's #1
#joke
Joke | Source: Jokes of the day - Used to be Joke rating machine, but this site is dead

A father and son went hunting together for the first time. The father said "Stay here and be very quiet. I'll be across the field." A little while later the father heard a blood curdling scream and ran back to his son asking, "What's wrong? I told you to be quiet." 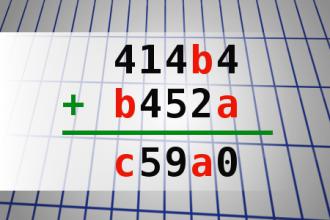 Jesus Is Watching You!

There was a burglar who broke into a home and started to gather the items he wanted to take. All of a sudden he heard, "Jesus is watching you!" He didn't see anything in the dark house, so he went on with what he was doing.
He heard, "Jesus is watching you!" again and then he really wondered who wassaying that. He turned on the flashlight, scanned the room, and finally saw a parrot.
"Did you say that?" asked the burgler.
"Yes," replied the parrot.
"By the way, what's your name?" the burgler inquired."Moses," answered the parrot.
"That's a strange name for a parrot. Who named you that?"
"The same people who named their rotweiller Jesus!"

A guy did system support in a law firm. One day, he had to

log a user off and then back on. He entered her initials and

After three tries and the system telling him "access

denied," he asked her how to spell it.

A man in Topeka, Kansas decided to write a book about churches around the country. He started by flying to San Francisco and worked east from there. Going to a very large church, he began taking photographs and notes. He spotted a golden telephone on the vestibule wall and was intrigued by a sign which read: "$10,000 a minute." Seeking out the Pastor he asked about the phone and the sign. The Pastor explained that the golden phone was, in fact, a direct line to Heaven and if he paid the price he could talk directly to God. The man thanked the Pastor and continued on his way. As he continued to visit churches in Seattle, San Diego, Chicago, Greensboro, Tampa and all around the United States, he found more phones with the same sign and got the same answer from each Pastor.
Finally, he arrived in Texas. Upon entering a church in Dallas, behold, he saw the usual golden telephone. But THIS time, the sign read: "Calls: 35 cents." Fascinated, he asked to talk to the Pastor.
"Reverend, I have been in cities all across the country and in each church I have found this golden telephone. I have been told it is a direct line to Heaven and that I could talk to God, but, in the other churches the cost was $10,000 a minute. Your sign reads 35 cents. Why?"
The Pastor, smiling benignly, replied, "Son, you're in Texas now... It's a local call."

You think cur is a breed of dog.

People hear your car long before they see it.

Your four-year-old is a member of the NRA.

Your most expensive shoes have numbers on the heels.

Your wife has ever burned out an electric razor.

You're turned on by a woman who can field dress a deer.

Your wife keeps a can of Vienna sausage in her purse.


A man sat down at a bar, looked into his shirt pocket, and ordered a double scotch.

A few minutes later, the man again peeked into his pocket and ordered another double. This routine was followed for some time, until after looking into his pocket, he told the bartender that he's had enough.

The bartender said, "I've got to ask you - what's with the pocket business?"

The man replied, "I have my lawyer's picture in there. When he starts to look honest, I've had enough."

Joke | Old joke from joke of the day archives - Check out other old jokes Saturday, 12 July 2008

There once was a woman from Ee...

There once was a woman from Eeling,
Who had a peculiar feeling.
She layed on her back,
And opened her crack
And pissed all over the ceiling!
#joke #short
Joke | Old joke from joke of the day archives - Check out other old jokes Sunday, 12 July 2009