A blonde who got a fishing rod for her birthday decided to go ice fishing to make good use of her gift. Early the next morning, she got all her gear together and headed out to the ice.
When she reached her final destination, she cut a large hole in the ice and dipped the rod in. Then suddenly she heard a voice that said: "There are no fish in there".
So she moves to another spot and cuts another hole, but then the same voice spoke again and told her there were no fish in there.
So she moves again, and the voice tells her there are no fish in there. So she looks up and sees an irritated man staring down at her.
"How do you know there are no fish there?" asks the blonde.
So the man cooly says "Well first of all, this is a hockey rink, and second of all, you're going to have to pay for those holes."

Is Rowan Atkinson's career over yet? They should call him Mr. Been.
#joke #short
Joke | Source: Pun Gents - Daily Jokes, One-liners, Groaners, Puns of the day :: Puns on Demand :: Punshine Girls and Boys!

A man takes his hamster to the...

A man takes his hamster to the vet, and after a short look at the creature the vet pronounces it dead. Not happy with the vet's diagnosis the man asks for a second opinion. The vet gives a whistle and in strolls a Labrador dog. The dog nudges the hamster around with its nose and sniffs it a couple of times before shaking his head. "There" says the vet,” Your hamster is dead". Still not happy the man asks for a third opinion. The vet opens the back door and in bounds a cat. The cat jumps onto the table and looks the hamster up and down for a few minutes before looking up and shaking it's head. "It's definitely dead sir", says the vet. Convinced, the man enquires how much he owes. "That will be £1000, please". "A £1000 just to tell me my hamster is dead" fumes the man. "Well", says the vet, "There's my diagnosis, the lab report and the cat scan".
#joke
Joke | Source: A joke a day - Free Jokes of the Day Clean Funny Jokes via Email, Humor and Entertainment

1. Works well only when under constant supervision and cornered like a rat in a trap
2. His men would follow him anywhere, but only out of morbid curiosity.
3. I would not allow this employee to breed.
4. This employee is really not so much of a has-been but more of a definite won't be.
5. Since my last report, he has reached rock bottom and has started to dig.
6. When she opens her mouth, it seems that this is only to change whichever foot was previously in there.
7. He would be out of his depth in a parking lot puddle.
8. This young lady has delusions of adequacy.
9. She sets low personal standards and then consistently fails to achieve them.
10. This employee should go far-and the sooner he starts the better.
11. This employee is depriving a village somewhere of an idiot.
12. Not the sharpest knife in the drawer.
13. Got into the gene pool while the lifeguard wasn't watching.
14. A room temperature IQ.
15. Got a full 6-pack, but lacks the plastic thingy to hold it all together.
16. A gross ignoramus-144 times worse than an ordinary ignoramus.
17. A photographic memory but with the lens cover glued on.
18. A prime candidate for natural deselection.
19. Bright as Alaska in December.
20. One-celled organisms out score him in IQ tests.
21. Donated his brain to science before he was done using it.
22. Fell out of the family tree.
23. Gates are down, the lights are flashing, but the train is going nowhere.
24. Has two brains, one is lost and the other is out looking for it.
25. He is so dense, light bends around him.
26. If brains were taxed, he'd get a rebate.
27. If he were any more stupid, he'd have to be watered twice a week.
28. If you give him a penny for his thoughts, you'd get change.
29. If you stand close enough to him, you can hear the ocean.
30. It is hard to believe that he beat out 1,000,000 other sperm.
31. One neuron short of a synapse.
32. Some drink from the fountain of knowledge, he only gargled.
33. Takes him 1 1/2 hours to watch the 60 minutes program.
34. Was left on the Tilt-A-Whirl a bit too long as a baby.
35. Wheel is turning, but the hamster is dead.

Funny Photo of the day - This Seems Safe… Top 10 things that sound dirty at Thanksgiving but aren't...

1. "How long do I beat it before it's ready?"
#joke #thanksgiving
Joke | Source: Jokes of the day - Used to be Joke rating machine, but this site is dead

The soldier serving overseas, far from home was annoyed and upset when his girl wrote breaking off their engagement and asking for her photograph back.

He went out and collected from his friends all the unwanted photographs of women that he could find, bundled them all together and sent them back with a note saying:

"Regret cannot remember which one is you -- please keep your photo and return the others. 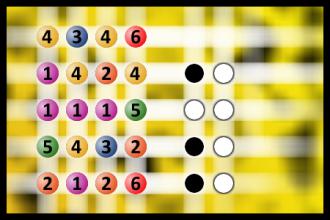 Two lions were lying around in the jungle. One of them his licking his asshole.

The other lion asked him, "Why are you licking your asshole?"

The second lion replied, "Aww, I just ate a lawyer and I'm trying to get the taste out of my mouth."

I go over to this other area where theres nobody around, and I got into this one thing, but I got into it wrong, apparently. I dont know where your arms and legs are supposed to go, so I just get in there and I just start moving stuff. This guy comes up: Hey buddy, would you mind getting out of the painters scaffolding?
#joke
Joke | Source: Comedy Central: Jokes - Jokes provided daily from Comedy Central's archive.

Two hikers were walking through central Pennsylvania when they came upon a 6 foot wide hole in the ground. They figured it must be the opening for a vertical air shaft from an old abandoned coal mine. Curious as to the depth of the hole, the first hiker picked up a nearby rock and tossed it into the opening. They listened... and heard nothing.
The second hiker picked up an even larger rock and tossed it into the opening. They listened... and still heard nothing. Then they both picked up an old railroad tie, dragged it to the edge of the shaft, and hurled it down. Seconds later a dog came running up between the two men and jumped straight into the hole. Bewildered, the two men just looked at each other, trying to figure out why a dog would do such a thing.
Soon a young boy ambled onto the scene and asked if either man had seen a dog around here. The hikers told him about the dog that had just jumped into the hole.
The young boy laughed and said, "That couldn't be my dog. My dog was tied to a railroad tie!"
#joke
Joke | Old joke from joke of the day archives - Check out other old jokes Saturday, 21 November 2009

A minister stood in front of his congregation and announced, "I have good news and bad news. The good news is we have enough money to pay for our new building program. The bad news is that itâ€™s still in your pockets.â€

An old man was a witness in a burglary case.

The defense lawyer asked Sam, "Did you see my client commit this burglary?"

The lawyer asks Sam again, "Sam, this happened at night. Are you sure you saw my client commit this crime?"

Then the lawyer asks Sam, "Sam, listen, you are an 80-year-old, and your eyesight is probably bad. Just how far can you see at night?"

Religious Symbols on the Rocks


A pastor who was badly overworked went to the local medical center and was able to have a clone made. The clone was like the pastor in every respect--except that the clone used extraordinarily foul language. The cloned pastor was exceptionally gifted in many other areas of pastoral work, but finally the complaints about the dirty language were too much.The pastor was not too sure how to get rid of the clone so that it wouldn't look like murder. The best thing, he decided, was to make the clone's death look like an accident. So the pastor lured the clone onto a bridge in the middle of the night and pushed the clone off the bridge.

Unfortunately there was a police officer who happened by at that very moment and arrested the pastor for making an obscene clone fall.

my pants were so tight, I was told it looked like I was smuggling a thermos!
#joke #short
Joke | Old joke from joke of the day archives - Check out other old jokes Wednesday, 06 August 2008