On July 20, 1969, As Commander Of The Apollo 11 Lunar Module, Neil Armstrong Was The First Person To Set Foot On The Moon.
His First Words After Stepping On The Moon, "that's One Small Step For Man, One Giant Leap For Mankind," Were Televised To Earth And Heard By Millions.
But Just Before He Reentered The Lander, He Made The Enigmatic Remark "good Luck, Mr. Gorsky."
Many People At Nasa Though It Was A Casual Remark Concerning Some Rival Soviet Cosmonaut.
However, Upon Checking, There Was No Gorsky In Either The Russian Or American Space Programs.
Over The Years Many People Questioned Armstrong As To What The "good Luck, Mr. Gorsky... Statement Meant, But Armstrong Always Just Smiled.
On July 5, 1995, In Tampa Bay , Florida , While Answering Questions Following A Speech, A Reporter Brought Up The 26-year-old Question To Armstrong. This Time He Finally Responded.
Mr. Gorsky Had Died, So Neil Armstrong Felt He Could Answer The Question.
In 1938 When He Was A Kid In A Small Mid-west Town , He Was Playing Baseball With A Friend In The Backyard.
His Friend Hit The Ball, Which Landed In His Neighbor's Yard By The Bedroom Windows.
His Neighbors Were Mr. And Mrs. Gorsky.
As He Leaned Down To Pick Up The Ball, Young Armstrong Heard Mrs. Gorsky Shouting At Mr. Gorsky.
"Sex! You Want Sex?! You'll Get Sex When The Kid Next Door Walks On The Moon!"

When two wrestlers join forces it is a called a tag team, aka a clobberation.
#joke #short
Joke | Source: Pun Gents - Daily Jokes, One-liners, Groaners, Puns of the day :: Puns on Demand :: Punshine Girls and Boys!

A drunk was walking down the s...

A drunk was walking down the sidewalk with a limp. A man coming in the opposite direction notice that he only had one shoe on. The man said to the drunk, "hey buddy, what's the matter, lose a shoe"? The drunk replied, "Nah, found one".
#joke #short
Joke | Source: A joke a day - Free Jokes of the Day Clean Funny Jokes via Email, Humor and Entertainment

Converting to the Society of Friends

Rabbi 1: We've got to do something. Many of the young people in our synagogue are converting to the Quaker faith.
Rabbi 2: I've noticed that too. In fact, some of my best Jews are Friends!

Funny Photo of the day - For Sale:2002 Explorer with Optional AC For Sale:2002 Explorer with Optional AC | Source : This is Photobomb - Photojackers of the World Unite!

Six-year-old Angie and her fou...

Six-year-old Angie and her four-year-old brother Joel were sitting together in church. Joel giggled, sang, and talked out loud. Finally, his big sister had had enough.

"You're not supposed to talk (and especially out loud) in church."

Angie pointed to the back of the church and said,

"See those two men standing by the door? They're hushers."
#joke
Joke

Adam and Eve had it good

Q. Why were Adam and Eve the happiest couple that's ever lived?

A. Because they didn't have in-laws! 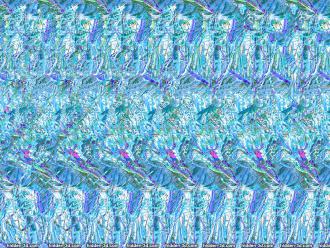 Did you hear about the blonde coyote?

She got stuck in a trap, chewed off three of her legs and was still stuck.

Patton Oswalt: If You Make It to 90

If you can take care of yourself and make it to 90, starting at age 90, every year, one law no longer applies to you. Now it starts off small: when you turn 90, you can legally litter. You can litter whenever you want to. You just walk up to a cop on your 90th birthday and drop a cheeseburger wrapper: Hey guess what today is? Give me a kiss.
#joke
Joke | Source: Comedy Central: Jokes - Jokes provided daily from Comedy Central's archive.

A Love Story
I will seek and find you . . .
I shall take you to bed and have my way with you .
I will make you ache, shake & sweat until you moan & groan.
I will make you beg for mercy, beg for me to stop. I will exhaust you to the point that you will be relieved when I'm finished with you.
And, when I am finished, you will be weak for days.
All my love,
The Flu
#joke
Joke | Old joke from joke of the day archives - Check out other old jokes Sunday, 12 April 2009

Dumb Johnny is sitting i...

Dumb Johnny is sitting in class. His teacher, Miss Izakunteetair hates Dumb Johnny. She always puts him in the back of the class and can't stand dealing with him 'cause he's such a fuckin' idiot.
Miss Izakunteetair: OK children, today's word is definitely. Can anyone show me that they know the definition of the word 'definitely' by using it in a sentence?"
A few of the kids raise their hands, including Dumb Johnny who seems very impatient and eager to answer the question. The teacher calls on Suzie instead. Suzie answers " The grass is definitely green." The teacher responds, "Well, we can't say that that's definitely true because sometimes the grass is brown so, good try but...anyone else?" Again, several student hands go up, including
Dumb Johnny's. The mean ol' teacher makes a point of not choosing
Johnny. She instead calls on Jake, another jerk. Jake says, "My Mom is definitely the best cook in the world!" Teacher "Well, that's your opinion. There are other people who think that their Mom is the best cook in the world. It's true for you but it may not be true for everyone so we can't say that it's 'definitely' true." Johnny is still raising his hand eagerly and never being called on. All the kids try and all the kids fail until the Teacher has no choice, she finally calls on Dumb Johnny. "Oh all right! Johnny. Tell me something that's definitely true." Dumb Johnny says, "OK. But first I have to ask you a question." Teacher (sighing) "Whaaat?"
Johnny "Do farts have lumps?" Teacher "Of course not! Everyone knows that! Farts do not have lumps!" Johnny "Oh, OK. Then I definitely shit my pants."

His wife, Becky, was maintaining a candlelight vigil by his side. She held his fragile hand, tears running down her face.

Her praying roused him from his slumber.

He looked up and his pale lips began to move slightly. "Becky my darling," he whispered.

He was insistent. "Becky," he said in his tired voice, "I have something that I must confess."

"There's nothing to confess," replied Becky, "everything's all right, go to sleep."

"I know, my sweet one" whispered Becky, "let the poison work.
#joke

Joke | Old joke from joke of the day archives - Check out other old jokes Monday, 18 August 2008


Two men are waiting at the gates of heaven and strike up a conversation.

"How'd you die?" the first man asks the second.

"I froze to death," says the second.

"That's awful," says the first man. "How does it feel to freeze to death?"

"It's very uncomfortable at first," says the second man. "You get the shakes, and you get pains in all your fingers and toes. But eventually, it's a very calm way to go. You get numb and you kind of drift off, as if you're sleeping. How about you, how did you die?""I had a heart attack," says the first man. "You see, I knew my wife was cheating on me, so one day I showed up at home unexpectedly but found her alone watching television. I ran around the house looking for her lover but could find no one. As I ran up the stairs to the attic, I had a massive heart attack and died."

The second man shakes his head. "That's so ironic," he says.

"What do you mean?" asks the first man.

"If you had only stopped to look in the freezer, we'd both still be alive."