This guy needs a job and decid...

This guy needs a job and decides to apply at the zoo. As it happened, their star attraction, a gorilla, had passed away the night before and they had carefully preserved his hide. They tell this guy that they'll pay him well if he would dress up in the gorillas skin and pretend to be the gorilla so people will keep coming to the zoo. Well, the guy has his doubts, but Hey! He needs the money, so he puts on the skin and goes out into the cage. The people all cheer to see him. He plays up to the audience and they just eat it up. This isn't so bad, he thinks, and he starts really putting on a show, jumping around, beating his chest and roaring, swinging around. During one acrobatic attempt, though, he loses his balance and crashes through some safety netting, landing square in the middle of the lion cage! As he lies there stunned, the lion roars. He's terrified and starts screaming, "Help, Help, Help!" The lion races over to him, places his paws on his chest and hisses, "Shut up or we'll BOTH lose our jobs!"
#joke
Joke | Source: A joke a day - Free Jokes of the Day Clean Funny Jokes via Email, Humor and Entertainment

Q: What is the difference betw...

Q: What is the difference between a lawyer and a sperm cell?

A: I don't know. But I'll tell you what's the same. They both have a million to one chance of becoming a human being.
#joke #short #lawyer
Joke Mad Science Monday: Cream Corn Cantenna | Source : There I fixed it - photos of ur handiwork!

After Quasimodo's death, the bishop sent word through the streets of Paris that a new bellringer was needed. The bishop decided to conduct the interviews personally and went up into the belfry to begin the screening process. After observing several applicants demonstrate their skills (or lack thereof), he decided to call it a day when a lone, armless man announced that he was there to apply for the bellringer's job.

The bishop was incredulous. "You have no arms!"

He then began striking the bells with his face, producing a beautiful melody on the carillon. The bishop listened in astonishment, then told him he had the job. Dancing with joy, the armless man tripped and plunged from the belfry to his death in the street below. The stunned bishop rushed to his side.

When he reached the street, a crowd had gathered around the fallen figure, drawn by the beautiful music they had heard only moments before. As they silently parted to let the bishop through, one of them asked, "Bishop, who was this man?"

"I don't know his name," the bishop sadly replied, "but his face sure rings a bell."

The following day, despite the sadness that weighed heavily on his heart due to the unfortunate death of the armless campanologist, the bishop resumed interviews for post of bellringer of Notre Dame.

The first man to approach him said, "Your excellency, I am the twin brother of the poor, armless wretch that fell to his death from this very belfry yesterday. As you can see, I'm more blessed than he in that I have two strong arms, the better to strike the bells. I pray that you honor his life by allowing me to replace him in this duty."

The bishop agreed to give the man an audition, but as the armless man's brother stooped to pick up a mallet to strike the first bell, he groaned, clutched at his chest and died on the spot. Two monks, hearing the bishop's cries of grief at this second tragedy, rushed up the stairs to his side.

"What has happened?", the first breathlessly asked, "Who is this man?"

"I don't know his name," sighed the bishop, "but he's a dead ringer for his brother."


A witch joke
What kind of tests do they give in witch school?
Hex-aminations!

A witch joke
What do you call a witch that stays out all night?
A fresh air freak!

A witch joke
What do you get if you cross an owl with a witch?
A bird that's ugly but doesn't give a hoot!

A witch joke
Why did the witch go to the psychiatrist?
Because she thought everybody loved her!

A witch joke
What usually runs in witches' families?
Noses! 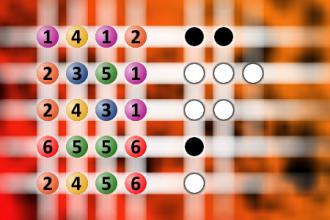 Two weeks ago was my 44th birthday and I wasn't feeling too good that morning.

I went to breakfast knowing my wife would be pleasant and say,

"Happy Birthday!", and probably have a present for me.

As it turned out, she didn't even say good morning, let alone any happy birthday.

I thought, well, that's wives for you, the children will remember...The children came in to breakfast and didn't say a word.

So when I left for the office, I was feeling pretty low and despondent..

As I walked into my office, my secretary Janet said, "Good morning, Boss, Happy Birthday". And I felt a little better that someone had remembered.

I worked until noon, then Janet knocked on my door and said, "You know, it's such a beautiful day outside, and it's your birthday, let's go to lunch, just you and me."

We went to lunch we didn't go where we normally go; instead we went out to a private little place. We had two martinis and enjoyed lunch tremendously.

After arriving at her apartment she said, "Boss, if you don't mind, I think I'll go into the bedroom. "Sure!" I excitedly replied.

She went into the bedroom and, in about six minutes, she came out carrying a huge birthday cake ----- followed by my wife, children, and dozens of our friends, all singing Happy Birthday.

Ladies, next time your man pisses you off, do not give him the silent treatment. Instead, go Google the most important game of the season, sit next to him during that game and just ask as many f**king questions as possible. I dont understand, whos that guy in the striped shirt? Does he work at Foot Locker? I dont understand, why are they all wearing the same outfit? When are we going to have a baby? Eventually he will shoot himself in the face, and you f**king win that argument.
#joke
Joke | Source: Comedy Central: Jokes - Jokes provided daily from Comedy Central's archive.

One day a little girl was sitting and watching her mother do the dishes at the kitchen sink. She suddenly noticed that her mother had several strands of white hair sticking out in contrast on her brunette head.
She looked at her mother and inquisitively asked, "Why are some of your hairs white, Mom?"
Her mother replied, "Well, every time that you do something wrong and make me cry or unhappy, one of my hairs turns white." The little girl thought about this revelation for a while and then said,
"Momma, how come ALL of grandma's hairs are white?"
#joke
Joke | Old joke from joke of the day archives - Check out other old jokes Sunday, 26 April 2009

There once was a terrorist cel...

There once was a terrorist cell planning an attack on United States soil. CTU got wind of this and naturally sent Jack Bauer to "recon" the base and call for additional reinforcements if needed. Upon arrival at said encampment, Jack saw that the head terrorists were in one room planning a biological attack. Chuckling to himself, Jack fired one bullet. Just one. That fateful bullet bounced off the walls killing all inside. Pleased with himself for saving ammunition, Jack returned to CTU and savaged the summer intern in situation room 1.
#joke
Joke | Old joke from joke of the day archives - Check out other old jokes Monday, 01 September 2008

Father: Do you know, most people don’t have to work today, because it’s Labor Day.
Son: If people are not working, shouldn’t we call today ‘No Labor Day?’
#joke #short

Joke | Old joke from joke of the day archives - Check out other old jokes Monday, 01 September 2008

A gay man goes to the counter of a drug store and asked the clerk, "What can I do to get rid of my boyfriend's dandruff?"

"Simple," replied the clerk, "Give him some Head & Shoulders."

The twink asked inquisitively, "How do you give shoulders?"
#joke #short
Joke | Old joke from joke of the day archives - Check out other old jokes Tuesday, 01 September 2009