A man walked up to a school and said "can you teach me to read and write"
The administrator said, "Yes we can"! Just fill out this form." Summer was over and the teache...

Summer was over and the teacher was asking the class about their holidays. She turned to little Johnny and asked what he did over the Summer.

"We visited my grandmother in Minneapolis, Minnesota," he said.

"That sounds like an excellent vocabulary word," the teacher said, "Can you tell the class how you spell that?"

Little Johnny thought about it and said, "Come to think of it, we went to Iowa."
#joke
Joke | Source: Jokes of the day - Used to be Joke rating machine, but this site is dead

A blonde travels to Canada to seek her fortune as a lumberjack. She meets a foreman of a logging organization who offers to give her a job.

"Now, I hope you realize we expect you to cut down at least 100 trees a day," the foreman told her.

The blonde woman didn't see this as a problem, so she went out with the Chainsaw and did her best. She came back drenched in sweat.

"Geez lady, how many trees did you cut down?"

"What!? You have to do better than that. Get up earlier tomorrow!" So she did. Out she went with the chainsaw, she came back that night exhausted.

"How many this time?"

"12" she said. The foreman says, "That does it. I'm coming out there with you tomorrow morning!" The next morning, the foreman reaches the first tree and says, "This is how to cut down trees really quickly."

He pulls the rope on the chainsaw and it gives off a loud BRRRRRRUUUMMM. He notices the blonde is looking at him frantically, so he asks her what's wrong.

And she replies, "What the hell is that noise?" 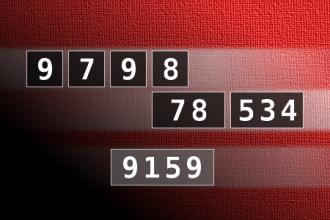 Once there lived a woman who had a maddening passion for baked beans.
She loved them but unfortunately,they had always had a very embarrassing and somewhat lively reaction to her.
Then one day she met a man and fell in love. When it became apparent that they would marry she thought to herself, "He is such a sweet and gentle man, he would never go for this carrying on." She made the supreme sacrifice and gave up beans.

Some months later, her car broke down on the way home from work.
Since she lived in the country she called her husband and told him
that she would be late because she had to walk home.

On her way, she passed a small diner and the odor of the baked beans was more than she could stand. Since she still had miles to walk, she figured that she would walk off any ill effects by the time she reached home.

So, she stopped at the diner and before she knew it, she had
consumed three large orders of baked beans.

All the way home she putt-putted, and upon arriving home she felt reasonably sure she could control it. Her husband seemed excited to see her and exclaimed delightedly, "Darling, I have
a surprise for dinner tonight."
He then blindfolded her and led her to her chair at the table. She
seated herself and just as he was about to remove the blindfold
from his wife,the telephone rang. He made her promise not to touch the blindfold until he returned.
He then went to answer the telephone.

The baked beans she had consumed were still affecting her and the pressure was becoming almost unbearable, so while her husband was out of the room she seized the opportunity, shifted her weight to one leg and let it go. It was not only loud, but it smelled like a fertiliser truck running over a skunk in front of pulpwood mill.

She took her napkin and fanned the air around her vigorously.
Then, she shifted to the other cheek and ripped three more, which reminded her of cooked cabbage.

Keeping her ears tuned to the conversation in the other room,
she went on like this for another ten minutes.
When the telephone farewells signalled the end of her freedom, she fanned the air a few more times with her napkin, placed it on her lap and folded her hands upon it, smiling contentedly to herself.
She was the picture of innocence when her husband returned, apologising for taking so long.

He asked her if she peeked and she assured him that she had not.

At this point, he removed the blindfold ... and she was surprised!!
There were twelve dinner guests seated around the table to wish her a Happy Birthday!!!

A Food Valentine
Cabbage always has a heart;
Green beans string along.
You're such a Tomato,
Will you Peas to me belong?
You've been the Apple of my eye,
You know how much I care;
So Lettuce get together,
We'd make a perfect pear.
Now, something's sure to Turnip,
To prove you can't be Beet;
So, if you Carrot all for me
Let's let our tulips meet.
Don't Squash my hopes and dreams now,
Bee my Honey, dear;
Or tears will fill Potato's eyes,
While Sweet Corn lends an ear.
I'll Cauliflower shop and say
Your dreams are Parsley mine.
I'll work and share my Celery,
So be my valentine.

A man phones home from his off...

A man phones home from his office and says to his wife, "I have the chance to go fishing for a week. It's the opportunity of a lifetime. I have to leave right away. Pack my clothes, my fishing equipment, and my blue silk pajamas. I'll be home in an hour to pick them up."
The man rushes home to grab everything. He hugs his wife, apologizes for the short notice, and then hurries off.
A week later, the man returns and his wife asks, "Did you have a good trip, dear?"
The man replies, "Yep, the fishing was great...but you forgot to pack my blue silk pajamas."
His wife smiles and says, "Oh, no I didn't...I put them in your tackle box.
#joke
Joke | Old joke from joke of the day archives - Check out other old jokes Thursday, 10 December 2009

Things that make you go hmmmmmm...

Do people in Australia call the rest of the world 'up over'?

Why doesn't Tarzan have a beard?

Why is it called lipstick if you can still move your lips?

Why is it that night falls but day breaks?

Why is the third hand on the watch called a second hand?

Why is it that when you're driving and looking for an address, you turn down the radio?

Why is lemon juice made with artificial flavor, and dishwashing liquid made with real lemons?

Can you buy an entire chess set in a pawn-shop?

Day light savings time - why are they saving it and where do they keep it?

Do you think that when they asked George Washington for ID that he just whipped out a quarter?

Have you ever imagined a world with no hypothetical situations?

How can there be self-help 'groups'?

A man drinks a shot of whiskey every night before bed.

After years of this the wife wants him to quit, so she gets 2 shot glasses, filling 1 with water the other with whiskey.

She gets him to the table with the glasses and has his bait box there too.

She says "so what do you have to say about this experiment?"

He says "IF I DRINK WHISKEY I WON'T GET WORMS!"

"The Jewish people have observed their 5758th year as a people," the Hebrew teacher informed his class. "Consider that the Chinese have observed only their 4695th. What does this mean to you?"

After a reflective pause, one student volunteered, "Well, for one thing, the Jewish people had to do without Chinese food for 1063 years."

COMPUTER TERMS - TEXAS TRANSLATION:
LOG ON: Making a wood stove hotter.
LOG OFF: Don't add no more wood.
MONITOR: Keeping an eye on the wood stove.
DOWNLOAD: Gettin' the farwood off the truck
MEGA HERTZ: When yer not keerful gettin' the farwood
FLOPPY DISC: Whatcha git from tryin to carry too much farwood
RAM: That thing tha splits the farwood
HARD DRIVE: Gettin' home in the winter time
PROMPT: What the mail ain't in the winter time
WINDOWS: What to shut when it's cold outside
SCREEN: What to shut when it's black fly season
BYTE: What them dang flies do
CHIP: Munchies fer the TV
MICRO CHIP: What's in the bottom of the munchie bag
MODEM: Whatcha did to the hay fields
DOT MATRIX: Old Dan Matrix's wife
LAP TOP: Where the kitty sleeps
KEYBOARD: Where ya hang the dang truck keys
SOFTWARE: Them dang plastic forks and knives
MOUSE: What eats the grain in the barn
MOUSE PAD: That's hippie talk fer the mouse hole
MAIN FRAME: Holds up the barn roof
ENTER: Northerner talk fer "c'mon in, y'all"
RANDOM ACCESS MEMORY: When ya can't 'member what ya paid fer the rifle
#joke
Joke | Old joke from joke of the day archives - Check out other old jokes Thursday, 19 November 2009