I met a little person in hell.  He was a demonutive fellow.
#joke #short
Joke | Source: Pun Gents - Daily Jokes, One-liners, Groaners, Puns of the day :: Puns on Demand :: Punshine Girls and Boys!

So one day, Gramma sent her grandson Johnny down to the water hole to get some water for cooking dinner. As he was dipping the bucket in, he saw two big eyes looking back at him. He dropped the bucket and hightailed it for
Gramma's kitchen. "Well now, where's my bucket and where's my water?" Gramma asked him. "I can't get any water from that water hole, Gramma" exclaimed Johnny. "There's a BIG ol' alligator down there!"
"Now don't you mind that ol' alligator, Johnny. He's been there for a few years now, and he's never hurt no one. Why, he's probably as scared of you as you are of him!" "Well, Gramma," replied Johnny, "if he's as scared of me as I am of him, then that water ain't fit to drink!"
#joke
Joke | Source: A joke a day - Free Jokes of the Day Clean Funny Jokes via Email, Humor and Entertainment

A lawyer defending a man accused of burglary tried this creative defense:
"My client merely inserted his arm into the window and removed a few trifling articles. His arm is not himself, and I fail to see how you can punish the whole individual for an offense committed by his limb."
"Well put," the judge replied. "Using your logic, I sentence the defendant's arm to one year's imprisonment. He can accompany it or not, as he chooses."
The defendant smiled.
With his lawyer's assistance he detached his artificial limb, laid it on the bench, and walked out.
#joke #lawyer
Joke | Source: jokes warehouse - Animal jokes, Blonde jokes, doctor jokes, drunk jokes and jokes of the day

How to Have a Perfect Pastor

A recent survey has compiled all the qualities that people expect from the perfect pastor:
Results of a computerized survey indicated that the perfect pastor preaches exactly 12 minutes.
He frequently condemns sin but never upsets anyone.

He works from 8 a.m. until midnight and is also a janitor.
He makes $60 a week, wears good clothes, buys good books, drives a good car, and gives about $80 a week to the poor.
He is 28 years of age, but he's been preaching for 30 years.He is wonderfully gentle and handsome.
He gives himself completely but never gets too close to anyone to avoid criticism.
He speaks boldly on social issues, but must never become politically involved.
He has a burning desire to work with teenagers, but he spends all his time with senior citizens.
He makes 15 daily calls to parish families, visits shut-ins and the hospitalized, spends all his time evangelizing the unchurched, and is always in his office when needed.

Funny Photo of the day - His Strange Cousin His Strange Cousin | Source : This is Photobomb - Photojackers of the World Unite!

A day or two ago, I thought I'd take a ride
And soon a buff Marine was seated by my side.
His chest was lean and hard, and free from any hair
And when I stripped him of his clothes
His legs went in the air!

We work by results...

A minister dies and is waiting in line at the Pearly Gates. Ahead of him is a guy who's dressed in sunglasses, a loud shirt, leather jacket, and jeans.

Saint Peter addresses this guy, "Who are you, so that I may know whether or not to admit you to the Kingdom of Heaven?"

Saint Peter consults his list. He smiles and says to the taxi-driver, "Take this silken robe and golden staff and Enter the Kingdom." The taxi-driver goes into Heaven with his robe and staff.

Next it's the minister's turn. He stands erect and booms out, "I am Joseph Snow, pastor of Saint Mary's for the last 43 years."

Saint Peter consults his list. He says to the minister, "Take this cotton robe and wooden staff and enter the Kingdom."

"Just a minute," says the minister. "That man was a taxi-driver and he gets a silken robe and golden staff. How can this be?"

"Up here, we work by results," says Saint Peter. "While you preached, people slept; while he drove, people prayed." 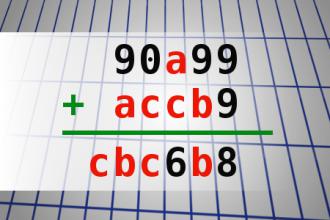 Ive lived in New York for a long time, same apartment, and there are a lot of robberies in that building. And I felt so bad for my neighbor because her dog and VCR got stolen -- nothing else, just the dog and the VCR. I wonder what the burglar was thinking at the time? Hmmm, Id really like to rent a movie, but I dont want to watch it by myself....
#joke
Joke | Source: Comedy Central: Jokes - Jokes provided daily from Comedy Central's archive.

Marriage is a relationship in which one person is always right, and the
other is a husband.

A man walks into a restaurant ...

A man walks into a restaurant and is shown to his seat by the hostess. The waiter approaches and asks, "Would you like to try our house special?â€ The man replies, "No, just bring me a steak, and make it lean". The waiter, somewhat puzzled, looks at him and replies, "which way?"
#joke #short
Joke | Old joke from joke of the day archives - Check out other old jokes Sunday, 06 December 2009

A hot babe goes into a bar and orders a sex on the beach. She notices a slick dude at the end of the bar with a very prominent feature. Hi big guy, she says, batting her eyelashes. Oh hello, beautiful, he says stepping closer to her. I couldnt help but notice what big feet you have, as a look of wonderment spreads across her face. You know what that means... he coos. Yes, trouble for the ants, she says.
#joke
Joke | Old joke from joke of the day archives - Check out other old jokes Sunday, 06 December 2009

The Queen of England was showing the Archbishop of Canterbury around the Royal Stables when one of the stallions close by farted so loudly it couldn't be ignored.
'Oh dear,' said the Queen, 'How embarrassing. I'm frightfully sorry about that.'
'It's quite understandable,' said the archbishop, and after a moment added, 'as a matter of fact I thought it was the horse.'
#joke
Joke | Old joke from joke of the day archives - Check out other old jokes Sunday, 06 December 2009