'Twas the day after Christmas, and all through the house,
Every creature was hurtin', even the mouse.
The toys were all broken, their batteries dead;
Santa passed out, with some ice on his head.
Wrapping and ribbons just covered the floor,
While upstairs the family continued to snore.
And I in my T-shirt, new Nikes and jeans,
I went into the kitchen and started to clean.
When out on the lawn there arose such a clatter,
I sprang from the sink to see what was the matter.
Away to the window I flew like a flash,
Tore open the curtains, and threw up the sash.
When what to my wondering eyes should appear,
But a little brown truck, with an oversized mirror.
The driver was smiling, so lively and grand;
The patch on his jacket said "US Post Service", man.
With a handful of bills, he grinned like a fox
Then quickly he stuffed them into our mailbox.
Bill after bill, after bill, they still came.
Whistling and shouting he called them by name:
"Now Nordstrom's, now Macy's, now Best Buy's and Sears
Here's Pottery Barn, Gap, and Target and Kohl.
To the tip of your limit, every store, every mall,
Now charge away--charge away--charge away all!"
He whooped and he whistled as he finished his work.
He filled up the box, and then turned with a jerk.
He sprang to his truck and he drove down the road,
Driving much faster with just half a load.
Then I heard him exclaim with great holiday cheer,
"Enjoy what you got. . . . . .you'll be paying all year!"

Three visitors to London climb up the tower that houses Big Ben and decide to have a contest. They're going to throw their watches off the top, run down the stairs and try to catch the watches before they hit the ground.

The third tosses his watch off the tower, jogs down the stairs, goes to a candy store, buys a snack, walks back to Big Ben and catches his watch. "How did you do that?" asks one of his friends.

The 87 year old said; "Well, I eat Italian bread every day. It keeps your energy level high and you'll have great stamina with the ladies."
So, on the way home, the 80 year old stops at the bakery. As he was looking around, the lady asked if he needed any help. He said, "Do you have any Italian bread?"
She said, "Yes, there's a whole shelf of it. Would you like some?"
He said, "I want 5 loaves."
She said, "My goodness, 5 loaves...don't you think by the time you get to the 5th it'll be hard?"
He replied, "Holy sh*t ... does everybody in the world know about this Italian bread but ME?!"

My mama was so cheap, she waited til after Christmas. Baby, Santa Claus missed our house. I called him, and he coming back tomorrow. She was waiting for the stuff to go on sale.
#joke #short #christmas
Joke | Source: Comedy Central: Jokes - Jokes provided daily from Comedy Central's archive.

Funny Photo of the day - All I Want For Christmas Is: All I Want For Christmas Is:

Brenda McCarthy is home making dinner for her husband Patrick when Tim Finnegan knocks at her door.

"Of course, Tim, come in, but where's Patrick?" she asks.

"That's what I'm here to be tellin ya, Brenda," says Tim. "There was an accident down at the Brewery."

Brenda buries her face in her hands and asks tearfully "How did it happen, Tim?"

"It was a terrible thing to see, Brenda. He fell into a vat of Guinness Stout and drowned."

"Oh my dear Jesus! But tell me true, Tim, did he at least die quickly?"

Tim hesitated. "Well, no, darlin, not really, no."

"No, in fact he got out three times to pee." 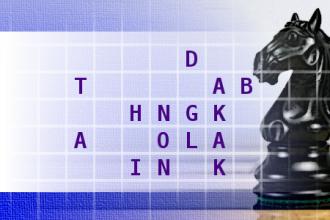 A blonde ordered a pizza and the clerk asked if he should cut it in six or twelve pieces. She responded, ''Six, please. I could never eat twelve pieces.''
#joke #short #blonde
Joke

A grade school teacher was ask...

A grade school teacher was asking students what their parents did for a living. "Tim, you be first," she said. "What does your mother do all day?"
Tim stood up and proudly said, "She's a doctor."
"That's wonderful. How about you, Amie?"
Amie shyly stood up, scuffed her feet and said, "My father is a mailman."
"Thank you, Amie," said the teacher. "What about your father, Billy?"
Billy proudly stood up and announced, "My daddy murders people, steals from them, and drinks."
The teacher was aghast and promptly changed the subject to geography. Later that day she went to Billy's house and rang the bell. Billy's father answered the door. The teacher explained what his son had said and asked if there might be some logical explanation.
Billy's father said, "I'm actually an attorney. But how can I explain a thing like that to a seven-year-old?"
#joke #doctor
Joke | Old joke from joke of the day archives - Check out other old jokes Friday, 19 February 2010

I walked in to our house to find my wife and children all standing at the front door talking to a middle-aged woman.

My kids ran to me and told me the lady was from 'Sesame something'.

"The census bureau?" I asked.

"Yeah! How did you know?" they shouted excitedly.

"I know EVERYTHING!" I said not divulging that I had read about the door to door visits in the paper.

So we all walked up to the lady, and I told her that these children were from Cuba and that she should take them away. "Maybe they can get jobs picking sugar cane?" I asked.

My kids laughed, the lady just looked at me and my wife hit me.

My kids laughed, the census taker didn't, my wife hit me.

My kids laughed, the census taker laughed, my wife hit me.
#joke
Joke | Old joke from joke of the day archives - Check out other old jokes Wednesday, 11 November 2009

The Preacher and the Friendly Ghost

A new preacher wanted to rent a house in the country but the only one available was rumored to be haunted. That didnâ€™t bother the preacher since he didnâ€™t believe in such things. He went ahead and rented the place.
Soon the ghost made its appearance. The preacher told his friends about the ghost, but they didnâ€™t believe him. They told him the only way they would believe was if he took a picture of the ghost.
The preacher went home and called for the ghost. When it appeared, the preacher explained the situation and asked the ghost if it would mind having its picture taken. The ghost agreed.
When the picture was developed, the ghost wasnâ€™t visible. Feeling disappointed, the preacher called again for the ghost. When it appeared, the preacher showed it the picture and wanted to know why the ghost wasnâ€™t in it.
The ghost thought a minute and replied, â€œWell, I guess the spirit was willing, but the flash was weak.â€
From "The Book of Church Jokes," published by Barbour Publishing, Inc., Uhrichsville, Ohio. Copyright 2009. Used by permission of Barbour Publishing, Inc.

sex is when a guys communication,

to increse the population

for a younger genertion

do you get the information

or do you need a demonstaration

There was a Packers fan with a really terrible seat at Lambeau Field. Looking with his binoculars, he spotted an empty seat on the 50-yard line. Thinking to himself "what a waste" he made his way down to the empty seat.
When he arrived at the seat, he asked the man sitting next to it, "Is this seat taken?"
The man replied, "This was my wife's seat. She passed away. She was a big Packers fan."
The other man replied, "I'm so sorry to hear of your loss. May I ask why you didn't give the ticket to a friend or a relative?"
The man replied, "They're all at the funeral."

The father of five children ha...

The father of five children had won a toy at a raffle. He called his kids together to ask which one should have the present. “Who is the most obedient?” he asked. “Who never talks back to mother? Who does everything she says?”
Five small voices answered in unison. “Okay, dad, you get the toy
#joke
Joke | Old joke from joke of the day archives - Check out other old jokes Saturday, 26 December 2009