Men are like a pack of Cards:
A "heart" to love them
A "diamond" to marry them
A "club" to smack them and
A "spade" to bury the body...
#joke #short
Joke | Source: A joke a day - Free Jokes of the Day Clean Funny Jokes via Email, Humor and Entertainment

A businessman on his deathbed called his friend and said, "Bill, I want you to promise me that when I die, you will have my remains cremated."
"And what," his friend asked, "What do you want me to do with your ashes?"
The businessman said, "Just put them in an envelope and mail them to the Internal Revenue Service. Write on the envelope, "Now, you have everything."

A blonde who got a fishing rod...

A blonde who got a fishing rod for her birthday decided to go ice fishing to make good use of her gift.

Early the next morning, she got all her gear together and headed out to the ice.

When she reached her final destination, she cut a large hole in the ice and dipped the rod in. Then suddenly she heard a voice that said: "There are no fish in there".

So she moves to another spot and cuts another hole, but then the same voice spoke again and told her there were no fish in there.

So she moves again, and the voice tells her there are no fish in there. So she looks up and sees an irritated man staring down at her.

"How do you know there are no fish there?" asks the blonde.

So the man cooly says "Well first of all, this is a hockey rink, and second of all, you're going to have to pay for those holes."
#joke #blonde
Joke

I was walking back through this mall in January; there was a girl in front of Victorias Secret who stopped me. She was like, Hey, hows it going? I was like, Good, how are you? She goes, Well, Im curious, are you shopping for a wife or girlfriend today? I was like, No, why? She goes, Well, were having this after-Christmas sale, and all our bras are 50% off. And I go, I like when your bras are 100% off.
#joke #christmas
Joke | Source: Comedy Central: Jokes - Jokes provided daily from Comedy Central's archive. A dying man gathered his Lawyer, Doctor and Clergyman at his bed side and handed each of them an envelop containing $25,000 in cash. He made them each promise that after his death and during his repose, they would place the three envelops in his coffin. He told them that he wanted to have enough money to enjoy the next life.

A week later the man died. At the Wake, the Lawyer and Doctor and Clergyman, each concealed an envelop in the coffin and bid their old client and friend farewell. By chance, these three met several months later. Soon the Clergyman, feeling guilty, blurted out a confession saying that there was only $10,000 in the envelop he placed in the coffin. He felt, rather than waste all the money, he would send it to a Mission in South America. He asked for their forgiveness.

The Doctor, moved by the gentle Clergyman's sincerity, confessed that he too had kept some of the money for a worthy medical charity. The envelop, he admitted, had only $8000 in it. He said, he too could not bring himself to waste the money so frivolously when it could be used to benefit others.

By this time the Lawyer was seething with self-righteous outrage. He expressed his deep disappointment in the felonious behavior of two of his oldest and most trusted friends. I am the only one who kept his promise to our dying friend. I want you both to know that the envelop I placed in the coffin contained the full amount. Indeed, my envelope contained my personal check for the entire $25,000.

Guide For All Women 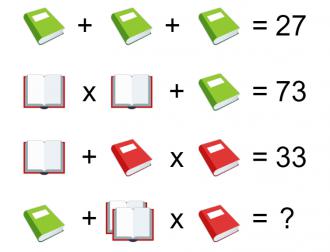 There was a blonde who was tired of all the blonde jokes and decided to dye her hair brown. She then went for a drive in the country and came upon a shepherd herding his sheep across the road.

She asked the shepherd, "If I guess how many sheep there are here, can I keep one?"

He is stunned but keeps his word and allows her to pick out a sheep. She looks and searches and finally picks out the cutest one.

He looks at her and says, "If I guess what color your hair really is, can I have my dog back!"

A family of three tomatoes wer...

A family of three tomatoes were walking downtown one day when the little baby tomato started lagging behind. The big father tomato walks back to the baby tomato, stomps on her, squashing her into a red paste, and says, "Ketchup!
#joke #short
Joke | Old joke from joke of the day archives - Check out other old jokes Saturday, 20 February 2010

A very successful businessman had a meeting with his new son-in-law. "I love my daughter, and now I welcome you into the family," said the man. "To show you how much we care for you, I'm making you a 50-50 partner in my business. All you have to do is go to the factory every day and learn the operations."
The son-in-law interrupted, "I hate factories. I can't stand the noise."
"I see," replied the father-in-law. "Well, then you'll work in the office and take charge of some of the operations."
"I hate office work," said the son-on-law. "I can't stand being stuck behind a desk all day."
"Wait a minute," said the father-in-law. "I just make you half-owner of a moneymaking organization, but you don't like factories and won't work in a office. What am I going to do with you?"
"Easy," said the young man. "Buy me out."