A man asked an American Indian what was his wife's name.
He replied, "She called Four Horse".
The man said, "That's an unusual name for your wife. What does it mean?"
The Old Indian answered, "It old Indian Name. It mean,
NAG, NAG, NAG, NAG!"

Does the terrorist business mo...

A man walking down the street ...

A man walking down the street noticed a small boy trying to reach the doorbell of a house. Even when he jumped up, he couldn't quite reach it.The man decided to help the boy, walked up on to the porch and pushed the doorbell. He looked down at the boy, smiled and asked, "What now?"
The boy answered, "Now we run like crazy!"
#joke
Joke | Source: A joke a day - Free Jokes of the Day Clean Funny Jokes via Email, Humor and Entertainment

Upon seeing an elderly lady fo...

Upon seeing an elderly lady for the drafting of her will, the attorney charged her $100.

On seeing the two bills stuck together, the ethical question came to the attorney's mind: 'Do I tell my partner?'
#joke
Joke

Funny Photo of the day - One Lucky man One Lucky man | Source : This is Photobomb - Photojackers of the World Unite!

"Mr. Clark, I'm afraid I have bad news," the doctor told his anxious patient. "You only have six months to live."

The man sat in stunned silence for the next several minutes. Regaining his composure, he apologetically told his physician that he had no medical insurance. "I can't possibly pay you in that time."

Alice Is In UNIX Land


"Can you help me? asked Alice.
"No," said Negative.
"I'm looking for a white consultant." Alice pointed in the direction she had been walking. "Did he go this way?" she asked.
"No," said Negative.
She pointed the other way.
"Yes," said Positive.
Soon Alice came upon a large brown table. The Consultant was there, as was an apparently Mad Hacker, and several creatures that Alice did not recognize. In one corner sat a Dormouse fast asleep. Over the table was a large sign that read "UNIX Conference."
Everyone except the Dormouse was holding a paper cup, from which they were sampling what appeared to be custard. "Wrong flavor," they all declared as they passed the cup the cup to the creature on their right and graciously took the one being offered on their left. Alice watched them repeat this ritual three or four times before she approached and sat down.
Immediately, a large toad leaped into her lap and looked at her as if it wanted to be loved. "Grep," it exclaimed.
"Don't mind him," explained the Mad Hacker. "He's just looking for some string."
"Nroff?" asked the Frog.
The Mad Hacker handed Alice a cup of custard-like substance and a spoon. "Here," he said, "what do you think of this?"
"It looks lovely," said Alice, "very sweet." She tried a spoonful. "Yuck!" she cried. "It's awful. What is it?"
"Oh just another graphic interface for UNIX," answered the Hacker.
Alice pointed to the sleeping Dormouse. "Who's he?" she asked.
"That's OS Too," explained the Hacker. "We've pretty much given up on waking him.
"Just than, a large, Blue Elephant sitting next to the Dormouse stood up. "Ladies and gentlemen," he trumpeted pompously, "as the largest creature here, I feel impelled to state that we must take an Open Look at..."
A young Job Sparrow on the other side of the table stood up angrily. The Elephant noticed and changed his speech accordingly."...what our NextStep will be.
"Half the creatures bowed in respect while the other half snickered quietly to themselves. Just then, OS Too fell over in his sleep, crashing into the Elephant and taking him down with him. No one seemed a bit surprised.
"What we need," declared a Sun Bear as he lapped up custard with his long tongue," is a flavor that goes down like the Macintosh.
"Suddenly, the White Consultant began jumping up and down as his face got red. "No, no, no! he screamed. "No one pays one fifty an hour to Macintosh consultants!"
"Awk," said the Frog.
"Users," explained the Sun Bear, "want an easy interface that they will not have to learn."
"Users?" cried the Consultant in disbelief. "Users?! You mean secretaries, accountants, architects. Manual laborers!"
"Well," responded the Sun Bear, "we've got to do something to make them want to switch to UNIX."
"Do you think," said a Woodpecker who had been busy making a hole in the table, "that there might be a problem with the name `UNIX?' I mean, it does sort of suggest being less than a man."
"Maybe we should try another name, " suggested the Job Sparrow, "like Brut, or Rambo."
"Penix," suggested a Penguin.
"Mount," said the Frog, "spawn."
Alice slapped him. "Nice?" he asked.
"But then again," suggested the Woodpecker, "what about the shrinkwrap issue?"
Suddenly, everyone leaped up and started dashing about, waving their hands in the air and screaming. Just as suddenly, they all sat down again.
"Now that that's settled," said the Woodpecker, "let's go back to tasting flavors."
Everyone at the table sampled a new cup of custard. "Wrong flavor," they all declared as they passed the cup to the creature on their right and took the one being offered on their left.
Totally confused, Alice got up and left. After she had been walking away, she heard a familiar voice behind her.
"Rem," is said, "edlin."
Alice turned and saw the Frog. She smiled. "Those are queer sounding words," she said, "but at least I know what they mean."
"Chkdsk," said the Frog. 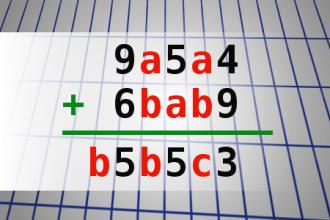 Two men on the beach

Two men,one a brunette and the other a blonde,were comparing their luck picking up girls at the beach. The brunette guy says, "what works for me is this : go to a grocery store, buy a potato and put it in your swim trunk."

It was a blondes first day at the office. Her first task was to go out for coffee.
Eager to prove her worth to her new bosses, she grabbed a large thermos and hurried to the nearby coffee shop.
She held up the thermos so that the
counterman could view it, and she asked, "Is this big enough to hold six cups of coffee?"
The counterman looked at the thermos and replied, "Yes. It looks like about six cups to me."
"Oh good!" the blonde sighed in relief. "Give me three regular, one black, and two decaf."
#joke #blonde
Joke | Old joke from joke of the day archives - Check out other old jokes Wednesday, 14 April 2010

Weâ€™ve been letting our six-year-old go to sleep listening to the radio, and Iâ€™m beginning to wonder if itâ€™s a good idea. Last night he said his prayers and wound up with: â€œAnd God bless Mommy and Daddy and Sister. Amenâ€”and FM!â€

The Last One's Law Of Program Generators: A program generator creates programs that are more "buggy" than the program generator.
#joke #short
Joke | Old joke from joke of the day archives - Check out other old jokes Wednesday, 18 February 2009

"An elementary school in ...

"An elementary school in Santa Monica is banning tag from the playground. They're afraid that the game could affect children's self esteem. This also could prevent the spread of 'kooties'."
--Jay Leno
#joke #short
Joke | Old joke from joke of the day archives - Check out other old jokes Thursday, 18 February 2010

Priest dies and is waiting in ...

Priest dies and is waiting in line at the Pearly Gates.
Ahead of him is a guy who's dressed in sunglasses, a loud shirt, leather
jacket and jeans.
Saint Peter addresses him, "Who are you, so that I may know whether or not
to admit you into the Kingdom of Heaven ?"
The guy replies, "I'm Joe Cohen, taxi driver, from New York ."
Saint Peter consults his list. He smiles and says to the taxi driver,
"Take this silken robe and golden staff and enter the Kingdom of Heaven ."
Now it's the priest's turn. He stands erect and booms out, "I am the Right
Reverend Joseph Snow, pastor of Saint
Mary's for the last forty-three years."
Saint Peter consults his list. He says to the priest,
"Take this cotton robe and wooden staff and enter the Kingdom of Heaven ."
"Just a minute," says the priest. "That man was a taxi driver. Why does he
get a silken robe and golden staff?"
"Results," shrugged Saint Peter...........
"While you preached, people slept. When he drove, people prayed."
Moral of the story: It's Performance, Not Position that Counts

A man and his young wife were in divorce court, but the custody of their children posed a problem.

The mother leaped to her feet and protested to the judge that since she brought the children into this world, she should retain custody of them.

The man also wanted custody of his children, so the judge asked for his justification.

After a long silence, the man slowly rose from his chair and replied...

"Your Honor, when I put a dollar in a vending machine and a Coke comes out, does the Coke belong to me or the machine?"