Your favourite All Bran commer...

Your favourite All Bran commercials can be brownloaded from the Internet.
#joke #short
Joke | Source: Pun Gents - Daily Jokes, One-liners, Groaners, Puns of the day :: Puns on Demand :: Punshine Girls and Boys!

Ladies and gentlemen, hobos an...

Ladies and gentlemen, hobos and tramps,
Bug-eyed mosquitoes and bowlegged ants!
I'm about to tell you a story I've never heard before,
So pull up a chair and sit on the floor.
Admission is free, so pay at the door.

One fine day, in the middle of the night,
two, dead boys got up to fight.
Back to back, they faced each other,
drew their swords and shot each other.
A deaf policeman heard the noise,
and saved the lives of the two dead boys.
If you don't believe my lies are true,
ask the blind man, he saw it too!

"That is true, but it was the Italians who introduced it to women!"
#joke
Joke | Source: Jokes of the day - Used to be Joke rating machine, but this site is dead

An airliner was having engine trouble, and the pilot instructed the cabin crew to have the passengers take their seats and get prepared for an emergency landing.

A few minutes later, the pilot asked the flight attendants if everyone was buckled in and ready.

"All set back here, Captain," came the reply, "except one lawyer who is still going around passing out business cards."

Funny Photo of the day - Going For That Corseted Look Going For That Corseted Look | Source : There I fixed it - photos of ur handiwork! 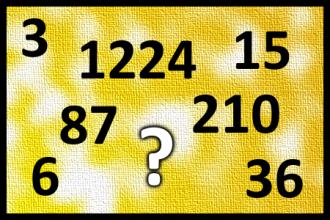 A man asked an American Indian what was his wife's name.
He replied, "She called Four Horse".
The man said, "That's an unusual name for your wife. What does it mean?"
The Old Indian answered, "It old Indian Name. It mean,
NAG, NAG, NAG, NAG!"

There was a boy on the bus, and he yelled out annoying phrases
like
"If my mommy was a girl bear, and my daddy was a boy bear I
would be a little bear, if my mommy was a girl horse, and my
daddy were a boy horse, I would be a little horse." he kept on
saying the same thing with different animals. The bus driver
got annoyed and yelled
"If your mom was a prostitute and your dad was guy what
would you be?" he replied with
"A bus driver"

There was a blonde driving ...

There was a blonde driving in her car on the highway.She crashed into the car infront of her and a cop came over to her and said mam what is wrong? She said officer no matter where i turn there is a tree if i turn left,right, there is a tree. The officer leaned over and said mam that is your air freshener.

A grade school teacher was ask...

A grade school teacher was asking students what their parents did for a living. "Tim, you be first," she said. "What does your mother do all day?"
Tim stood up and proudly said, "She's a doctor."
"That's wonderful. How about you, Amie?"
Amie shyly stood up, scuffed her feet and said, "My father is a mailman."
"Thank you, Amie," said the teacher. "What about your father, Billy?"
Billy proudly stood up and announced, "My daddy murders people, steals from them, and drinks."
The teacher was aghast and promptly changed the subject to geography. Later that day she went to Billy's house and rang the bell. Billy's father answered the door. The teacher explained what his son had said and asked if there might be some logical explanation.
Billy's father said, "I'm actually an attorney. But how can I explain a thing like that to a seven-year-old?"
#joke #doctor
Joke | Old joke from joke of the day archives - Check out other old jokes Friday, 19 February 2010

'Twas the night before Christmas, when all through the house

Not a creature was stirring, except Papa's mouse.

The computer was humming, the icons were hopping,

As Papa did last-minute Internet shopping.

The stockings were hung by the modem with care

In hope that St. Nicholas would bring new software.

The children were nestled all snug in their beds,

While visions of computer games danced in their heads.

Dark Forces for Billy, and Doom II for Dan,

And Carmen Sandiego for Pamela Ann.

The letters to Santa had been sent out by Mom,

Which has now been re-routed to Washington State

Because Santa's workshop has been bought by Bill Gates.

All the elves and reindeer have had to skedaddle

After centuries of a life that was simple and spare,

With a shiny red Porsche in the place of his sleigh,

And a house on Lake Washington that's just down the way

From where Bill has his mansion. The old fellow preens

The elves have stock options and desks with a view,

Where they write computer code for Johnny and Sue.

No more dolls or toy soldiers or little toy drums

No more dolls or tin soldiers or little toy drums

Will be under the tree, only compact disk ROMS

With the Microsoft label. So spin up your drive,

From now on Christmas runs only on Windows 95.

And Bill whistled, and shouted, and called them by name.

Now, APPLE! and NETSCAPE! you are all of you through,

It is Microsoft's SANTA that the kids can't resist,

It's the ultimate software with a traditional twist -

Recommended by no less than the jolly old elf,

And on the package, a picture of Santa himself.

And a merger with Santa is a merketer's dream.

And Mama in her 'kerchief and I in my cap,

Had just settled down for a long winter's nap,

When out on the lawn there arose such a clatter,

The whirr and the hum of our satellite platter,

As it turned toward that new Christmas star in the sky,

The SANTALITE owned by the Microsoft guy.

As I sprang from my bed and was turning around,

My computer turned on with a Jingle-Bells sound.

And there on the screen was a smiling Bill Gates

And I heard them exclaim in voice so bright,

Have a MICROSOFT CHRISTMAS,

and TO ALL A GOOD NIGHT.

Two Hindu swamis were in conversation.
One said to the other, "How did you like my latest book, 'The Art of Levitation'?"
His companion replied, "It kept me up all night."

An elderly man in Florida had ...

An elderly man in Florida had owned a large farm for several years. He had a large pond in the back, fixed up nice: picnic tables, horseshoe courts, a volleyball court, and so me apple and peach trees. The pond was properly shaped and fixed up for swimming. One evening the old farmer decided to go down to the pond and look it over, as he hadn't been there for a while.

He grabbed a five gallon bucket to bring back some fruit. As he neared the pond, he heard voices shouting and laughing with glee. As he came closer he saw it was a bunch of young women skinny-dipping in his pond. He made the women aware of his presence and they all went to the deep end.

One of the women shouted to him, "We're not coming out until you leave!"

The old man frowned, "I didn't come down here to watch you ladies swim naked or make you get out of the pond naked."

Holding the bucket up he said, "I'm here to feed the alligator."
#joke
Joke | Old joke from joke of the day archives - Check out other old jokes Friday, 19 February 2010