The most popular language in t...

A student comes to a young professor's office hours. She glances down the hall, closes his door, and kneels pleadingly."I would do anything to pass this exam," she says.She leans closer to him, flips back her hair, and gazes meaningfully into his eyes. "I mean," she whispers, "I would do anything..."He returns her gaze, "Anything?""Anything."His voice softens, "Anything?""Anything," she repeats again. His voice turns to a whisper. "Would you ... study?"

Mary Clancy goes up to Father McGuire after his Sunday morning service, and she's in tears. He says, "So what's bothering you, Mary my dear?"
She says, "Oh, Father, I've got terrible news. My husband passed away last night."
The priest says, "Oh, Mary, that's terrible. Tell me, Mary, did he have any last requests?"
She says, "That he did, Father."
The priest says, "What did he ask, Mary? "
She says, "He said, 'Please Mary, put down that damn gun.' "

The baby was delivered, the cord clamped and cut and handed to the pediatrician, who breathed and cried immediately.

Exam of genitalia reveals that he is circus sized.

The skin was moist and dry.

She stated that she had been constipated for most of her life until 1989 when she got a divorce.

Between you and me, we ought to be able to get this lady pregnant.

The patient was in his usual state of good health until his airplane ran out of gas and crashed.

I saw your patient today, who is still under our car for physical therapy.

The patient lives at home with his mother, father, and pet turtle, who is presently enrolled in day care three times a week.

Bleeding started in the rectal area and continued all the way to Los Angeles.

Both breasts are equal and reactive to light and accommodation.

She is numb from her toes down.

Exam of genitalia was completely negative except for the right foot.

While in the emergency room, she was examined, X-rated and sent home.

The patient was to have a bowel resection. However he took a job as a stockbroker instead.

Coming from Detroit, this man has no children.

Examination reveals a well-developed male lying in bed with his family in no distress.

Patient was alert and unresponsive.

When she fainted, her eyes rolled around the room.
#joke
Joke A young boy, about eight years old, was at the corner grocery picking out a large size box of laundry detergent. The grocer walked over and trying to be friendly, asked the boy if he had a lot of laundry to do.

"Nope, no laundry," the boy said, "I'm going to wash my dog." "But, you shouldn't use this to wash your dog. It's very powerful and if you wash your dog in this, he'll get sick. In fact, it might even kill him."

But, the boy was not to be stopped and carried the detergent to the counter and paid for it, even as the grocer still tried to talk him out of washing his dog.

About a week later, the boy was back in the store to buy some candy. The grocer asked the boy how his dog was doing.

The grocer, trying not to be an "I-told-you-so" said he was sorry the dog died, but added, "I tried to tell you not to use that detergent on your dog."

"Well, the boy replied, "I don't think it was the detergent that killed him."

"I think it was the spin cycle!"


Anthony's Law of Force: Don't force it, get a larger hammer.
Anthony's Law of the Workshop: Any tool, when dropped, will roll into the least accessible corner or the workshop. Corollary: On the way to the corner, any dropped tool will first always strike your toes.
Baker's Law: Misery no longer loves company, Nowadays it insists on it. - Columnist Russell Baker
Banacek's Eighteenth Polish Proverb: The hippo has no sting, but the wise man would rather be sat upon by the bee.
Barker's Proof: Proofreading is more effective after publication.
Becker's Law: It is much harder to find a job than to keep one. - Jules Becker & Co. (Becker goes on to claim that his law permeates industry as well as government, "...once a person has been hired inertia sets in, and the employer would rather settle for the current employee's incompetence and idiosyncrasies than look for a new employee.")
Belle's Constant: The ratio of time involved in work to time available for work is about 0.6. - from a 1977 JIR article of the same title by Daniel McIvor and Olsen Belle, in which it is observed that knowledge of this constant is most useful in planning long-range projects. It is based on such things as an analysis of an eight hour workday in which only 4.8 hours are actually spent working (or 0.6 of the time available), with the rest being spent on coffee breaks, bathroom visits, resting, walking, fiddling around, and trying to determine what to do next.
Bennett's Laws of Horticulture: (1) Houses are for people to live in. (2) Gardens are for plants to live in. (3) There is no such thing as a houseplant.
Berkeley's Laws: (1) The world is more complicated than most of our theories make it out to be. (2) Ignorance is no excuse. (3) Never decide to buy something while listening to the salesman. (4) Most problems have either many answers or no answer. Only a few problems have a single answer. (5) Most general statements are false, including this one. (6) An exception - test a rule; it never proves it. (7) The moment you have worked out an answer, start checking it; it probably isn't right. (8) If there is an opportunity to make a mistake, sooner or later the mistake will be made. (9) Check the answer you have worked out once more - before you tell anybody. - Edmund C. Berkeley 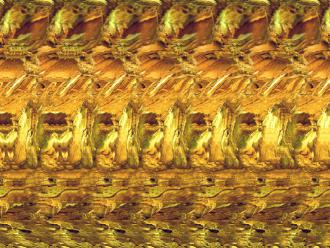 What is particularly long and hard for most Southern men?

A couple was dining out when the wife noticed a familiar face at the bar. She recognized him as an old flame.

"Honey," she said to her husband, as she pointed out the man, "that guy at the bar has been drinking like that since I left him seven years ago."

Her husband said, "That's silly, no one celebrates that much!"

Try to settle the dispute

There was once a Scotsman and an Englishman who lived next door to each other. The Scotsman owned a hen and each morning would look in his garden and pick up one of his hen's eggs for breakfast.

One day he looked outside and saw that the hen had laid an egg in the Englishman's garden. He was about to go next door when he saw the Englishman pick up the egg. The Scotsman ran up to the Englishman and told him that the egg belonged to him because he owned the hen. The Englishman disagreed because the egg was laid on his property.

The Englishman agreed to this and so the Scotsman held the heaviest object he could find, took a few steps back, then ran toward the Englishman and punched him as hard as he could in the nose. The Englishman fell to the ground and was howling in agony and holding his nose for thirty minutes.

Eventually the Englishman stood up and said, "Now it's my turn to punch you."

After she woke up, a woman told her husband, "I just dreamed that you gave me a pearl necklace for Valentine's day. What do you think it means?"

That evening, the man came home with a small package and gave it to his wife. Delighted, she opened it to find a book entitled "The Meaning of Dreams"
#joke
Joke | Old joke from joke of the day archives - Check out other old jokes Wednesday, 04 March 2009