Sam: Dad, would you do my math homework for me?
Dad: No, son, it wouldn’t be right.
Sam: Well, at least you could try.

A cop stops a Harley for trave...

A cop stops a Harley for traveling faster than the posted speed limit, so he asks the biker his name.

'Fred what?' the officer asks.

The officer is in a good mood and thinks he might just give the biker a break and, write him out a warning instead of a ticket. The officer then presses him for the last name.

The man tells him that he used to have a last name but lost it. The officer thinks that he has a nut case on his hands but plays along with it. 'Tell me, Fred, how did you lose your last name?'

The biker replies, 'It's a long story, so stay with me.' I was born Fred Johnson. I studied hard and got good grades.

When I got older, I realized that I wanted to be a doctor. I went through college, medical school, internship, residency, and finally got my degree, so I was Fred Johnson, MD. After a while I got bored being a doctor, so I decided to go back to school.

Dentistry was my dream! Got all the way through School, got my degree, so then I was Fred Johnson, MD, DDS.

Got bored doing dentistry, so I started fooling around with my assistant and she gave me VD, so now I was Fred Johnson, MD, DDS, with VD.

Well, the ADA found out about the VD, so they took away my DDS.

Then I was Fred Johnson, MD, with VD. Then the AMA found out about the ADA taking away my DDS because of the VD, so they took away my MD leaving me as Fred Johnson with VD.

Then the VD took away my Johnson, so now I am Just Fred..'

The officer walked away in tears, laughing.
#joke #doctor
Joke At Least It’s Got Plenty of Airflow | Source : There I fixed it - photos of ur handiwork!

This is America. It is my God given right to be loudly opinionated about something I am completely ignorant of.
#joke #short
Joke | Source: Comedy Central: Jokes - Jokes provided daily from Comedy Central's archive.

Three older ladies were discussing the travails of getting older.

One said, "Sometimes I catch myself with a jar of mayonnaise in my hand, in front of the refrigerator, and I can't remember whether I was taking it out or putting it away."

The second lady said, "Yes, sometimes I find myself on the landing of the stairs, and I can't remember whether I was on my up, or on my way down."

The third lady chimed in, "Well, I'm glad I don't have those problems. Knock on wood." With that, she rapped her knuckles on the table, then said, "That must be the door. I'll get it." 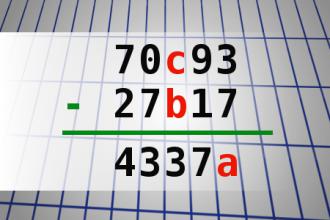 What do you call a blonde in a freezer?

Converting to the Society of Friends

Rabbi 1: We've got to do something. Many of the young people in our synagogue are converting to the Quaker faith.
Rabbi 2: I've noticed that too. In fact, some of my best Jews are Friends!

Sex and pizza, they say, are similar. When its good, its good. When its bad, you get it on your shirt.
#joke #short
Joke | Old joke from joke of the day archives - Check out other old jokes Sunday, 21 March 2010

Little Johnny's new baby brother was screaming up a storm.
Johnny asked his mom, â€œWhereâ€™d he come from?â€
â€œHe came from heaven, Johnny.â€
â€œWow! I can see why they threw him out!â€
This joke was reprinted from "Laugh Yourself Healthy" by Charles and Frances Hunter, with permission of Strang Communications. Copyright 2008. All rights reserved.

Q: What does it mean when the flag is at half mast at the post office?
A: They're hiring.

Q: How do crazy people go through the forest?
A: They take the psycho path.

Q: What do you get from a pampered cow?
A: Spoiled milk.

Q: What do you get when you cross a snowman with a vampire?
A: Frostbite.

Q: Why do gorillas have big nostrils?
A: Because they have big fingers.

Q: How does a lion like his steak?
A: Medium roar.

Q: What do frogs eat with their hamburgers?
A: French flies.

Q: What's the definition of mixed emotions?
A: When you see your mother-in-law backing off a cliff in your new car.

Q: How do you get a kleenex to dance?
A: Put a boogie in it!

Q: Did you hear about the man who lost his whole left side?
A: He's all-right now!

Once upon a time in the Kingdo...

Once upon a time in the Kingdom of Heaven, God went missing for Six days. Eventually, Michael the Archangel found him, resting on the seventh day. He inquired of God, "Where have you been?"
God sighed a deep sigh of satisfaction and proudly pointed downwards through the clouds, "Look Michael, look what I've made." Archangel Michael looked puzzled and said, "What is it?"
"It's a planet, replied God, "and I've put LIFE on it. I'm going to call it Earth and it's going to be a great place of balance".
"Balance?" inquired Michael, still confused.
God explained, pointing to different parts of Earth.
"For example, Northern Europe will be a place of great opportunity and wealth while Southern Europe is going to be poor; the Middle East over there will be a hot spot."
"Over there I've placed a continent of white people and over there is a continent of black people" God continued, pointing to different countries. "And over there, I call this place America.
North America will be rich and powerful and cold, while South America will be poor, and hot and friendly. And the little spot in the middle is Central America which is a Hot spot. Can you see the balance?"
"Yes" said the Archangel, impressed by Gods work, then he pointed to a smallish land mass and asked, "What's that one?"
"Ah" said God. "That's New Zealand, the most glorious place on Earth. There are beautiful mountains, rainforests, rivers, streams and an exquisite coast line. The people are good looking, intelligent and humorous and they're going to be found traveling the world. They'll be extremely sociable, hard-working and high-achieving, and they will be known throughout the world as diplomats and carriers of peace. I'm also going to give them super- human, undefeatable, strong in character citizens who will be admired and feared by all who come across them".
Michael gasped in wonder and admiration but then exclaimed, "You said there will be BALANCE!"
God replied wisely. "Wait until you see the buggers I'm putting next to them"