A mild-mannered man was tired of being bossed around by his wife so he went to a psychiatrist. The psychiatrist said he needed to build his self-esteem, and so gave him a book on assertiveness, which he read on the way home. He had finished the book by the time he reached his house.
The man stormed into the house and walked up to his wife. Pointing a finger in her face, he said, "From now on, I want you to know that I am the man of this house, and my word is law! I want you to prepare me a gourmet meal tonight, and when I'm finished eating my meal, I expect a sumptuous dessert afterward. Then, after dinner, you're going to draw me my bath so I can relax. And when I'm finished with my bath, guess who's going to dress me and comb my hair?"
"The funeral director," said his wife.

Are archers into arrow...

Mad men are given a test to check their mental state. The instructor draws a door on the wall and orders them to go out.
They start rushing to the door but one remains sitting. The instructor goes to him and asks; “why didn’t you join the others?” He replies, "let them fight they forgot I have the keys"

On the first day of school, a first-grader handed his teacher a note from his mother.

The note read, "The opinions expressed by this child are not necessarily those of his parents."
#joke #short
Joke | Source: Jokes of the day - Used to be Joke rating machine, but this site is dead Impeccable Impersonation | Source : This is Photobomb - Photojackers of the World Unite!

I was in Australia last year. Thats a long flight. That flight was so long, I got the girl next to me pregnant. We raised the child on the plane. Time for us to land in Sydney, get him a rugby scholarship.
#joke #short
Joke | Source: Comedy Central: Jokes - Jokes provided daily from Comedy Central's archive.

For the first time in many years, an old man traveled from his rural town to the city to attend a movie.

After buying his ticket, he stopped at the concession stand to purchase some popcorn. As he handed the attendant $1.50, he couldn't help but comment, "The last time I went to the movies, popcorn was only 15 cents."

"Well, sir," the attendant replied with a grin, "You're really going to enjoy yourself this evening. We have sound now." 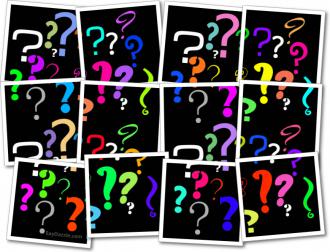 There is an ancient inventio...

There is an ancient invention still used in some parts of the world today that allows people to see through walls. What is it?
CHECK ANSWER
Brain Teasers, puzzles, riddles, mathematical problems, mastermind, cinemania...


Two Redneck hunters got a pilot to fly them into the far north for elk hunting. They were quite successful in their venture, and bagged six big bulls. The pilot came back as arranged to pick them up.
They started loading their gear into the plane, including the six elk. But the pilot objected he said, "The plane can take out only four of your elk. You will have to leave two behind."
One of the hunters pushed forward, "Hey, last year our pilot let us take out six elk. It was the same model plane, same weather conditions, and everything. What's with this? We want you to allow us to fly out just like last year.
Reluctantly the pilot finally permitted them to put all six elk aboard and the men all climbed in with their gear. But when they attempted to take off and fly out of the valley, the little plane could not make it. They crashed in the wilderness.
Climbing out of the wreckage, one Redneck said to the other, "Do you know where we are?"
"I think so," replied the other Redneck. "Yep! I think this is about 100 yards further along than where we crashed last year!"

A farmer and his wife were lying in bed one evening; she was knitting, he was reading the latest issue of Animal Husbandry. He looks up from the page and says to her,

"Did you know that humans are the only species in which the female achieves orgasm?"

She looks at him wistfully, smiles, and replies, "Oh yeah? Why don't you prove it."

He frowns for a moment, then says, "Okay."

He then gets up and walks out, leaving his wife with a confused look on her face.

About a half an hour later, he returns all tired and sweaty and proclaims, "Well I'm sure the cow and sheep didn't, but the way that pig's always squealing, how can you tell?"

The Priest vs. the Astronomer

Q: Please send a list of all doctors in Australia who can dispense
rattlesnake serum. (USA)
A: Rattlesnakes live in A-meri-ca which is where YOU come from. All
Australian snakes are perfectly harmless, can be safely handled and make
good pets.
#joke #short #doctor
Joke | Old joke from joke of the day archives - Check out other old jokes Tuesday, 14 July 2009

A woman is walking on the road...

A woman is walking on the road and a voice shouts out, "Don't take a step further." She obeys and suddenly a ton of bricks fall on the place where she would have otherwise been. She thinks she imagined it and keeps walking until suddenly the voice calls out again. "Don't take a step further." She stops and a car skids past. Then suddenly she hears the voice saying "I am your guardian angel, and I will warn you before something bad happens to you. Now do you have any questions to ask me?" Yes! Shouts the woman, "Just where were you on my wedding day!"
#joke
Joke | Old joke from joke of the day archives - Check out other old jokes Friday, 26 March 2010

What's round and bad tempered?

What's round and bad tempered? A vicious circle.
#joke #short
Joke | Old joke from joke of the day archives - Check out other old jokes Friday, 26 March 2010

A man walks into a bar and says to the bartender, "I bet you fifty dollars that I can bite my right eye." The bartender says, "Yeah, right! I've never seen anyone do that!" So the man takes out his glass eye and bites it.
The angry bartender pays the man his fifty dollars and the man walks away. He comes back half an hour later and says, "I bet you fifty dollars I can bite my left eye." Now the bartender becomes really skeptical. She says, "I just saw you walk in here -- you can't be blind!" So he takes out his fake teeth and bites his left eye. The bartender pays him his money and he walks away.
#joke #walksintoabar
Joke | Old joke from joke of the day archives - Check out other old jokes Friday, 26 March 2010