The two men pushed through the half-open door and stepped out of the foggy London streets and into the brightly-lit entryway of the silent house. There was no indication of a struggle. Everything was neat and in its proper place. They moved silently down the hall, scrutinizing the sitting room, the dining room and the office. Nothing caught the eye of the great detective.

At last they came to the darkened kitchen. Not a sound was heard except a horse and carriage moving past the window at the far end of the room. Light from a gas lamp outside that window poured into a rectangle in the middle of the floor. There it was, perfectly placed in the middle of the yellow box of light: an overturned box of cornstarch.

#joke
Joke | Source: everything zoomer - For Boomers, Zoomers, 50+ seniors, and Retired People Everywhere, used to have fresh Joke of the day daily

The mime who broke his silence...

During my earlier career days,...

During my earlier career days, offices recorded attendance in book registers and we had pay cuts for being late more than 4 times a month and the update was under control of the receptionist. On one occasion, our boss appreciated & commended a colleague of mine for drastic improvement for on time attendance, surprisingly just after he moved to a far away home location. My colleague’s instant reaction to my boss was “Sir the receptionist is coming late to the office"
#joke
Joke | Source: A joke a day - Free Jokes of the Day Clean Funny Jokes via Email, Humor and Entertainment The church service was over. The pastor stood at the door shaking hands with the people as he left. A woman shook his hand and said, “You know what? I don’t think I’ll come back anymore. Every time I come, either you sing ‘He Arose’ or ‘Silent Night, Holy Night.’
This joke was reprinted from "Laugh Yourself Healthy" by Charles and Frances Hunter, with permission of Strang Communications. Copyright 2008. All rights reserved.

A patron ordered a Manhattan. ...

A patron ordered a Manhattan. When it was served there was a piece of parsley floating in the glass.

"What in the world is this?" asked the man.

The bartender peered into the glass and replied, "That's Central Park."
#joke #short
Joke | Source: Jokes of the day - Used to be Joke rating machine, but this site is dead 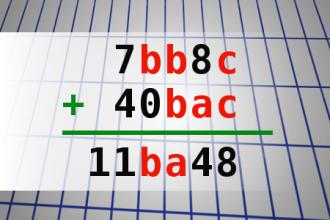 A minister was asked to dinner by one of his parishioners, whom he knew was an unkempt housekeeper. When he sat down at the table, he noticed that the dishes were the dirtiest that he had ever seen in his life.

"Were these dishes EVER washed?" he asked his hostess, running his fingers over the grit and grime.

"She replied, "They're as clean as soap and water could get them."

He felt quite apprehensive, but not wanting to offend, blessed the food anyway and started eating. It was really delicious, and he said so, despite the dirty dishes.

When dinner was over, the hostess took the dishes outside and yelled, "Here, Soap! Here, Water!"

My sister opened a computer store in Hawaii.

She sells C shells by the seashore.

Q: What does a proud computer call his little son?

A: A microchip off the old block.

Q: What happens if you cross a midget and a computer?

A: You get a short circut.

Picture a robot on a psychiatric couch: Doc, my intelligence may be artificial, but my problems are real.

The goal of Computer Science is to build something that will last at least until we've finished building it.

My girlfriend makes me want to be a better person -- so I can get a better girlfriend.
#joke #short
Joke | Source: Comedy Central: Jokes - Jokes provided daily from Comedy Central's archive.

A man goes into a pet shop and tells the owner that he wants to buy a pet that can do everything. The shop owner suggests a faithful dog.
The man replies, "Come on, a dog?"
The owner says, "How about a cat?"
The man replies, "No way! A cat certainly can't do everything. I want a pet that can do everything!"
The shop owner thinks for a minute, then says, "I've got it! A centipede!"
The man says, "A centipede? I can't imagine a centipede doing everything, but okay... I'll try a centipede."
He gets the centipede home and says to the centipede, "Clean the kitchen."
Thirty minutes later, he walks into the kitchen and... it's immaculate! All the dishes and silverware have been washed, dried, and put away; the counter-tops cleaned; the appliances sparkling; the floor waxed. He's absolutely amazed.
He says to the centipede, "Go clean the living room."
Twenty minutes later, he walks into the living room. The carpet has been vacuumed; the furniture cleaned and dusted; the pillows on the sofa plumped; plants watered. The man thinks to himself, "This is the most amazing thing I've ever seen. This really is a pet that can do everything!"
Next he says to the centipede, "Run down to the corner and get me a newspaper."
The centipede walks out the door. 10 minutes later...no centipede. 20 minutes later... no centipede. 30 minutes later...no centipede. By this point the man is wondering what's going on. So he goes to the front door, opens it... and there's the centipede sitting right outside.
The man says, "Hey!! I sent you down to the corner store 45 minutes ago to get me a newspaper. What's the matter?!"
The centipede says, "I'm goin'! I'm goin'! I'm just putting on my shoes!"

A blonde was driving down the ...

A blonde was driving down the road and she looks up and she sees a tree so she swerves to the left.
The tree is still nfront of her so she swerves to the right, this time her car rolls into the ditch.
When the Police Officer came to the scene of the accident the blonde told the Police Officer about the tree that was in front of her. The officer kindly explained that the tree was the green air freshener hanging off her rear view mirror.
#joke #blonde
Joke | Old joke from joke of the day archives - Check out other old jokes Saturday, 14 March 2009

As soon as he turned pro and he won his first tournament, I read, Bi-racial golfer wins first tournament. Oh, OK -- 50/50: hes 50% black, 50% Asian. Alright, cool. Then after he won the masters, Im flipping through Sports Illustrated, and I read, Tiger Woods is a quarter black, and Im like, Damn, hes down to 25% now, man. What the hell is going on? Theyre treating him like hes milk.
#joke
Joke | Old joke from joke of the day archives - Check out other old jokes Tuesday, 13 April 2010

A woman complained to her vete...

A woman complained to her veterinarian that her dog would start humping her every time he came into the house. "Is there anything you can do?" she asked.

The doctor said, "Well, we could castrate him, and then he would no longer have a sex drive."

The woman replies, "That seems awfully harsh. Couldn't you just clip his nails and do something about his breath?"
#joke #doctor
Joke | Old joke from joke of the day archives - Check out other old jokes Tuesday, 13 April 2010