Jack was nimble, Jack was quic...

A man is giving a speech at his lodge meeting. He gets a bit carried away and talks for two hours.

Finally, he realizes what he is doing and says; “I'm sorry I talked so long. I left my watch at home.”

A voice from the back of the room says, “There's a calendar behind you.”

How did I end up as a toothbrush salesman? Quite hawks a dentally.
#joke #short
Joke | Source: Pun Gents - Daily Jokes, One-liners, Groaners, Puns of the day :: Puns on Demand :: Punshine Girls and Boys!

A noted heart surgeon was havi...

A noted heart surgeon was having a formal party. Shortly before the guests were to begin arriving he was told that all the bathrooms were backed up and not flushing. Quickly he called a 24 hour plumber listed in the phone book. The plumber arrived quickly and within 15 minutes told the surgeon that all was well. He gave his bill to the heart surgeon and the surgeon exclaimed, "$900! You were only here 15 minutes! I'm a heart surgeon and even I can't charge that much"! The plumber quietly replied, “Neither could I when I was a heart surgeon".
#joke
Joke | Source: A joke a day - Free Jokes of the Day Clean Funny Jokes via Email, Humor and Entertainment At Least It Comes With A Fire Escape | Source : There I fixed it - photos of ur handiwork!

A minister concluded that his church was getting into serious financial troubles. While checking the church storeroom, he discovered several cartons of new bibles that had never been opened and distributed.
So at his Sunday sermon, he asked for three volunteers from the congregation who would be willing to sell the bibles door-to-door for $10 each to raise the desperately needed money for the church.
Peter, Paul and Louie all raised their hands to volunteer for the task. The minister knew that Peter and Paul earned their living as salesmen and were likely capable of selling some bibles.
But he had serious doubts about Louie who was a local farmer, who had always kept to himself because he was embarrassed by his speech impediment. Poor Louis stuttered badly. But, not wanting to discourage Louis, the minister decided to let him try anyway.
He sent the three of them away with the back seat of their cars stacked with bibles. He asked them to meet with him and report the results of their door-to-door selling efforts the following Sunday.
Anxious to find out how successful they were, the minister immediately asked Peter, "Well, Peter, how did you make out selling our bibles last week?"
Proudly handing the reverend an envelope, Peter replied, "Using my sales prowess, I was able to sell 20 bibles, and here's the $200 I collected on behalf of the church."
"Fine job, Peter!" The minister said, vigorously shaking his hand. "You are indeed a fine salesman and the Church is indebted to you."
Turning to Paul, "And Paul, how many bibles did you sell for the church last week?"
Paul, smiling and sticking out his chest, confidently replied," I am a professional salesman. I sold 28 bibles on behalf of the church, and here's $280 I collected."
The minister responded, " That's absolutely splendid, Paul. You are truly a professional salesman and the church is also indebted to you."
Apprehensively, the minister turned to Louie and said, "And Louie, did you manage to sell any bibles last week?"
Louie silently offered the minister a large envelope. The reverend opened it and counted the contents.
"What is this?" the minister exclaimed. "Louie, there's $3200 in here! Are you suggesting that you sold 320 bibles for the church, door to door, in just one week?
Louie just nodded.
That's impossible!" both Peter and Paul said in unison. "We are professional salesmen, yet you claim to have sold 10 times as many bibles as we could."
"Yes, this does seem unlikely," the minister agreed. "I think you'd better explain how you managed to accomplish this, Louie."
Louie shrugged. "I-I-I- re-re-really do-do-don't kn-kn-know f-f-f-for sh -sh-sh-sure," he stammered.
Impatiently, Peter interrupted. "For crying out loud, Louie, just tell us what you said to them when they answered the door!"
"A-a-a-all I-I-I s-s-said wa-wa-was," Louis replied, "W-w-w-w-would y-y-y-you l-l-l-l-l-like t-t-to b-b-b-buy th-th-th-this b-b-b-b-bible f-f-for t-t-ten b-b-b-bucks ---o-o-o-or--- wo-wo-would yo-you j-j-j-just l-like m-m-me t-t-to st-st-stand h-h-here and r-r-r-r-r-read it t-to y-y-you?"

Quasimodo goes to a doctor for an annual checkup. "I think something is wrong with your back," the doctor says.

"What makes you think that?" asks Quasimodo. 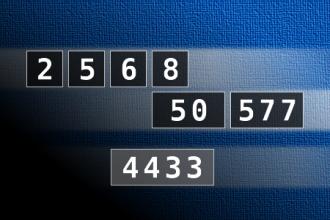 Leader Of The HMO


Three people die, a Doctor a school teacher and the head of a large HMO, when met at the pearly gates by St. Peter he asks the Doctor 'what did you do on Earth?'
The Dotor replied, I healed the sick and if they could not pay I would do it for free. St. Peter told the Doctor, 'you may go in.'
St. Peter then asked the teacher what she did, she replied, I taught educationally challenged children. St. Peter then told her 'you may go in.'
St. Peter asked the third man, 'what did you do?' The man hung his head and replied, 'I ran a large HMO.' To which St. Peter replied, 'you may go in, but you can only stay 3 days.'

There is a woman sitting with a bunch of guys at a bar.

The guys were all showing off their tattoos and uttering sexist remarks as to how women cannot take enough pain to get a tattoo.

After listening to the guys gloat for a little bit longer, the woman states, "Well, I have a tattoo, too!"

The men all look surprised.

The woman continues, "I have a tattoo of a cute little grey mouse in a rather private place. Do you want to see my tattoo?"

The guys are getting excited as the crowd starts gathering around the woman..

Without much ado, the woman stands up, undoes her pants and drops them. She then looks down, looks kind of confused, and gives the men a wimpish smile.

One of the men asks, "What's wrong, sweet lady?"

The woman, with a big smile on her face, answers, "Oh, nothing, I can't show you my little mouse tattoo after all. My pussy must have eaten it."

I see that no one, yet, is filming this on their cell phones. I appreciate that because that has become the new scourge of stand-up: people sitting there saying, I want to enjoy this, but now is not good for me. Later would be better -- later and smaller.
#joke #short
Joke | Source: Comedy Central: Jokes - Jokes provided daily from Comedy Central's archive.

"Dick Cheney gave an interview to Fox News. Some are accusing Fox of giving softball questions. My answer to that is, 'Well, does a vice president shoot in the woods?'" -- David Letterman

Reporters interviewing a 104-year-old woman:
'And what do you think is the best thing
About being 104?' the reporter asked.
She simply replied, 'No peer pressure
#joke #short
Joke | Old joke from joke of the day archives - Check out other old jokes Tuesday, 27 January 2009

A husband and wife at a hotel asked for a 6am alarm call. On the stroke of 6, the phone rang and a voice said: "This is your wake-up call." The guest said thanks and put the phone down. A minute later the phone rang again and the voice said: "This is your wake-up call." Annoyed, the husband said: "You phoned only a minute ago." "I know," replied the receptionist, "but there are two of you."
#joke
Joke | Old joke from joke of the day archives - Check out other old jokes Saturday, 17 April 2010

If Fed Ex and UPS were to merge, would they call it FedUPs?

Why do they put pictures of criminals up in the Post Office? What are we supposed to do, write to them? Why don't they just put their pictures on the postage stamps so the mailmen could look for them while they delivered the mail?

No one ever says 'It's only a game,' when their team is winning.

50 above - New Yorkers try to turn on the heat.
Chicago people plant gardens.

40 above - Italian cars won't start.
Chicago people drive with the windows down.

20 above - Californians shiver uncontrollably.
Chicago people have the last cookout before it gets cold.

15 above - New York landlords finally turn up the heat.
Chicago people throw on a sweatshirt.

0 degrees - Californians fly away to Mexico.
Chicago people lick the flagpole and throw on a light jacket over the
sweatshirt.

20 below - People in Miami cease to exist.
Chicago people get out their winter coats.

100 below - Santa Claus abandons the North Pole.
Chicago people get frustrated when they can't thaw the keg.

500 below - Hell freezes over.
The Chicago Cubs win the World Series.

Three Englishmen were in a bar...

Puzzled, the Englishman walked back to his buddies. "I told him St. Patrick was a loser, and he didn't care."

The second Englishman remarked, "You just don't know how to set him off...watch and learn." So, the second Englishman walked over to the Irishman, tapped him on the shoulder and said, "Hey, I hear your St. Patrick was lying, cheating, idiotic, low-life scum!"

"Yeah, that's what your buddies were trying to tell me."
#joke
Joke | Old joke from joke of the day archives - Check out other old jokes Friday, 17 April 2009