Scientists have estimated that...

A mother takes her son to a psychiatrist and says, “Doctor, I'd like you to evaluate my 13 year-old son.”

“He's suffering from a transient psychosis with an intermittent rage disorder, punctuated by episodic radical mood swings, but his prognosis is good for full recovery.”

“How can you say all that without even meeting him?”

What dish would you make of Di...

An acquaintance of mine who is...

An acquaintance of mine who is a physician told this story about her then-four-year-old daughter. On the way to preschool, the doctor had left her stethoscope on the car seat, and her little girl picked it up and began playing with it. Be still, my heart, thought my friend, gee, my daughter wants to follow in my footsteps and be a doctor! Then the child spoke into the instrument: "Welcome to McDonald's. May I take your order?"
#joke #doctor
Joke | Source: A joke a day - Free Jokes of the Day Clean Funny Jokes via Email, Humor and Entertainment

Funny Photo of the day - Recipe For a Good Night Recipe For a Good Night | Source : This is Photobomb - Photojackers of the World Unite!

When George Washington was crossing the Delaware River with his troops, there were 33 (remember this number) in Washington's boat.
It was extremely dark and storming furiously and the water was tossing them about. Finally, Washington grabbed Corporal Peters (remember this name) and stationed him at the front of the boat with a lantern. He ordered him to keep swinging it, so they could see where they were heading.
Corporal Peters, through driving rain and cold, continued swinging the lantern back and forth, back and forth. Then a big gust of wind and a wave hit and threw Corporal Peters and his lantern into the Delaware.
Washington and his troops searched for nearly an hour trying to find Corporal Peters, but to no avail. All of them felt terrible, for the Corporal had been one of their favorites.
Sometime later, Washington and his troops landed on the other side, wet and totally exhausted. He rallied the troops and told them that they must go on. Another hour later, one of his men said, 'General, I see lights ahead.'
They trudged toward the lights and came upon a huge house. What they didn't know was that this was a house of ill repute, hidden in the forest to serve all who came. General Washington pounded on the door, his men crowding around him. The door swung open, and much to his surprise stood a beautiful woman. A huge smile came across her face, to see so many men standing there.
Washington was the first to speak, 'Madam, I am General George Washington and these are my men. We are tired, wet, exhausted, and desperately need warmth and comfort.'
Again, the Madam looked at all the men standing there, and with a broad smile on her face, said, 'Well, General, you have come to the right place. We can surely give you warmth and comfort.. How many men do you have?'
Washington replied, 'Well, Madam, there are only 32 of us here without Peters.'

The husband was not home at hi...

The husband was not home at his usual hour, and the wife was fuming, as the clock ticked later and later.

Finally, at about 3:00 a.m., she heard a noise at the front door, and as she stood at the top of the stairs, there was her husband, drunk, trying to navigate the stairs.

"Do you realize what time it is?" she said.

He answered, "Don't get excited, I'm late because I bought something for the house."

Immediately her attitude changed, and as she ran down the stairs to meet him halfway, she said, "What did you buy for the house, dear?"

"A round of drinks!"
#joke
Joke 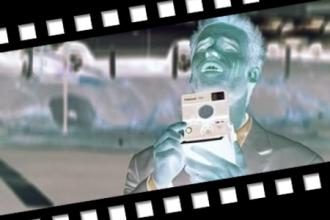 Management has determined that there is no longer any need for network or
software applications support.(See below)

The goal is to remove all computers from the desktop by December 31, 1999.
Instead, everyone will be provided with an Etch-A-Sketch. There are many
sound reasons for doing this:

2. No technical glitches keeping work from being done.

Q: My Etch-A-Sketch has all of these funny little lines all over the screen.
A: Pick it up and shake it.

Q: What's the shortcut for Undo?
A: Pick it up and shake it.

Q: How do I create a New Document window?
A: Pick it up and shake it.

Q: How do I set the background and foreground to the same color?
A: Pick it up and shake it.

Q: What is the proper procedure for rebooting my Etch-A-Sketch?
A: Pick it up and shake it.

Q: How do I delete a document on my Etch-A-Sketch?
A: Pick it up and shake it.

Q: How do I save my Etch-A-Sketch document?
A: Don't shake it.

What Is Your Problem?

After a bizarre cliff side accident, all eleven members of the women's outing found themselves hanging perilously from a rope over the edge of the cliff.

Ten of the women were blondes and one was a brunette.

After dangling there for a only a short while it became obvious that the rope would not hold all their collective weight.

They decided that to prevent the rope snapping and killing them all, one of them must sacrifice themselves and let go, to save the others.

Well, they talked about it for a while but no one could decide a fair way of choosing who should jump.

Finally, the brunette, exasperated by the indecisiveness of the blondes, could see that if nobody acted soon the rope was going to snap.

To save the others she bravely decided that it must be her who made the sacrifice.

She plucked up a little courage and told the others that she would jump to save them.

After giving a short but very moving speech that she hoped would be remembered after she'd gone, the blondes were so moved that they all started clapping!

How do you tell a kebab to be quiet?
Shh, kebab
#joke #short
Joke | Old joke from joke of the day archives - Check out other old jokes Wednesday, 28 April 2010

ATTORNEY: Doctor, before you...