The Barbie Doll was introduced in 1959. She has gone through several evolutions over the past 52 years. Now, at long last there are some NEW Barbie dolls, to coincide with her aging gracefully. These are a bit more realistic…

1. Bifocals Barbie. Comes with her own set of blended-lens fashion frames in six wild colors (half-frames too)! Neck chain and large-print editions of Vogue and Martha Stewart Living.

5. Bunion Barbie. Years of disco dancing in stiletto heels have definitely taken their toll on Barbie's dainty arched feet. Soothe her sores with the pumice stone and plasters, then slip on soft terry mules.

6. No More Wrinkles Barbie. Erase those pesky crow's-feet and lip lines with a tube of Skin Sparkle-Spackle, from Barbie's own line of exclusive age-blasting cosmetics.

7. Soccer Mom Barbie. All that experience as a cheerleader is really paying off as Barbie dusts off her old high school megaphone to root for Babs and Ken, Jr. With mini van in robins egg blue or white, and cooler filled with doughnut holes and fruit punch.

8. Mid-life Crisis Barbie. It's time to ditch Ken. Barbie needs a change, and Fred (her personal trainer) is just what the doctor ordered, along with Prozac. They're hopping in her new red Miata and heading for the Napa Valley to open a B&B. Comes with real tape of “Breaking Up Is Hard to Do.”

Funny video of the day - Choice Of Landing Spot FAIL

Choice Of Landing Spot FAIL - How deep is hole? - link to page video is posted initially.

Did the inventor of the polygr...

At a fabric store, a pretty girl spots a nice material for a dress and asks the male clerk: How much does it costs? “Only one kiss per yard,” replied the male clerk with a smirk. “That’s fine,” said the girl. I’ll take ten yards.” With expectation and anticipation written all over his face, the clerk quickly measured out the cloth, wrapped it up, and then teasingly held it out. The girl took the bag and pointed to the old man standing beside her, and smiled, “Grandpa will pay the bill.”
#joke
Joke | Source: A joke a day - Free Jokes of the Day Clean Funny Jokes via Email, Humor and Entertainment Inflatable Fun | Source : This is Photobomb - Photojackers of the World Unite!

A New Hampshireman stops by a cafe for breakfast. After paying the tab, he checks his pockets and leaves his tip--three pennies.
As he strides toward the door, his waitress muses, only half to herself: "You know, you can tell a lot about a man by the tip he leaves."
The man turns around, curiosity getting the better of him. "Oh, really? Tell me, what does my tip say?"
"Well, this penny tells me you're a thrifty man." Barely able to conceal his pride, the man utters "Hmm, true enough."
"And this penny, it tells me you're a bachelor." Surprised at her perception, he says, "Well, that's true, too."
"And the third penny tells me that your father was one, too."

The room was full of pregnant women and their partners, and the Lamaze class was in full swing. The instructor was teaching the women how to breathe properly, along with informing the men how to give the necessary assurances at this stage of the plan.

The teacher then announced, "Ladies, exercise is GOOD for you! Walking is especially beneficial. And, Gentlemen, it wouldn't hurt YOU to take the time to go walking with your partner!"

The room really got quiet. Finally, a man in the middle of the group raised his hand.

"Is it all right if she carries a golf bag while we walk?" 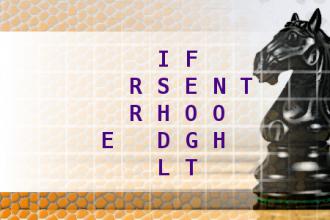 
It seems that Mary Poppins has moved to California. She has started a business telling people's fortunes. But, she doesn't read palms or tea leaves, she smells one's breath. That, right, the sign outside reads: Super California Mystic Expert Halitosis.

Loni Love: All the Holidays

A gay man goes to the counter of a drug store and asked the clerk, "What can I do to get rid of my boyfriend's dandruff?"

"Simple," replied the clerk, "Give him some Head & Shoulders."

The twink asked inquisitively, "How do you give shoulders?"
#joke #short
Joke | Old joke from joke of the day archives - Check out other old jokes Tuesday, 01 September 2009


If you have something to do, and you put it off long enough, chances are someone else will do it for you.
If you have to ask, you are not entitled to know.
If you just try long enough and hard enough, you can always manage to boot yourself in the posterior.
If you keep anything long enough, you can throw it away.
If you keep saying things are going to be bad, you have a chance of being a prophet.
If you live in a country run by committee, be on the committee.
If you make people think they're thinking, they'll love you; but if you really make them think they'll hate you.
If you mess with a thing long enough, it will break.
If you plan to leave your mark in the sands of time, you better wear work shoes.
If you put it off long enough, it might go away.

Blonde in the Mornin

What does a blonde do when she wakes up?

#joke #short #blonde
Joke | Old joke from joke of the day archives - Check out other old jokes Sunday, 30 May 2010