Enclosed is my 2005 Form 1040, together with payment. Please take note of the attached article from "USA Today" archives. In the article, you will note that the Pentagon paid $171.50 each for hammers and NASA paid $600.00 each for toilet seats. Please find enclosed in this package four toilet seats (value $2,400.00) and six hammers (value $1,029.00). This is in payment for my total tax due of $3,429.00. Out of a sense of patriotic duty, and to assist in the political purification of our government, I am also enclosing a 15 inch Phillips head screw driver, for which HUD duly recorded and approved a purchase value of $2200, as my contribution to fulfill the Presidential Election Fund option on Form 1040. It has been a pleasure to pay my taxes this year and I look forward to paying them again next year in accordance with officially established government values.
Sincerely, Another satisfied American taxpayer.

The sun sets from fear of Chuc...

My nephew was getting married to a doctor's daughter.

At the wedding reception, the father of the bride stood to read his toast, which he had scribbled on a piece of scrap paper. Several times during his speech, he halted, overcome with what I assumed was a moment of deep emotion.

But after a particularly long pause, he explained, “I'm sorry. I can't seem to make out what I've written down.”

Looking out into the audience, he asked, “Is there a pharmacist in the house?” A man consults a therapist and...

A man consults a therapist and states, “Doc, I’m suicidal. What should I do?”
The doctor replies, “Pay in advance.”

A prosecuting attorney called his first witness, a grandmotherly, elderly woman, to the stand. He approached her and asked, 'Mrs. Jones, do you know me?'

She responded, 'Why, yes, I do know you Mr. Williams. I've known you since you were a young boy. And frankly, you've been a big disappointment to me. You lie, you cheat on your wife, you manipulate people and talk about them behind their backs. You think you're a rising big shot when you haven't the brains to realize you never will amount to anything more than a two-bit paper pusher. Yes, I know you.'

The lawyer was stunned. Not knowing what else to do he pointed across the room and asked, 'Mrs. Williams, do you know the defense attorney?'

She again replied, 'Why, yes I do. I've known Mr. Bradley since he was a youngster, too. I used to baby-sit him for his parents. And he, too, has been a real disappointment to me. He's lazy, bigoted, he has a drinking problem. The man can't build a normal relationship with anyone and his law practice is one of the shoddiest in the entire state. Yes, I know him.'

At this point, the judge rapped the courtroom to silence and called both counselors to the bench. In a very quiet voice, he said with menace, 'If either of you asks her if she knows me, you'll be jailed for contempt!'
#joke #lawyer
Joke | Source: Jokes of the day - Used to be Joke rating machine, but this site is dead 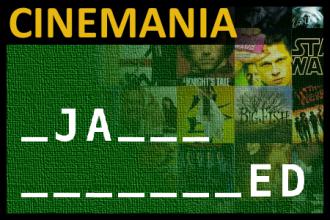 With the help of a German bounty hunter, a freed slave sets out to rescue his wife from a brutal Mississippi plantation owner. Film was made in 2012.
CHECK ANSWER
Brain Teasers, puzzles, riddles, mathematical problems, mastermind, cinemania...

It was Christmas and the judge was in a merry mood as he asked the prisoner,"What are you charged with?"

"That's no offense", said the judge. "How early were you doing this shopping?"

"Before the store opened."

I could never be a serial killer because Im way too lazy to follow a pattern. I used to murder women that look like Grandmother but now -- mostly delivery men.
#joke #short
Joke | Source: Comedy Central: Jokes - Jokes provided daily from Comedy Central's archive.

Turn Back Your Car Odometer


A blonde made several attempts to sell her old car. She was having a lot of problems finding a buyer because the car had 340,000 miles on it. She discussed her problem with a brunette that she worked with at a bar.
The brunette suggested, "There may be a chance to sell that car easier, but it's not going to be legal."
"That doesn't matter at all," replied the blonde. "All that matters it that I am able to sell this car."
"Alright," replied the brunette. In a quiet voice, she told the blonde: "Here is the address of a friend of mine. He owns a car repair shop around here. Tell him I sent you, and he will turn the counter back on your car to 40,000 miles. Then it shouldn't be a problem to sell your car."
The following weekend, the blonde took a trip to the mechanic on the brunette's advice.
About one month after that, the brunette saw the blonde and asked, "Did you sell your car?"
"No!" replied the blonde. "Why should I? It only has 40,000 miles on it."

Q&A: Best Babysitter in the Bible

Q: Who is the greatest babysitter mentioned in the Bible?
A: David. He rocked Goliath to a very deep sleep.
Q: Where is the first tennis match mentioned in the Bible?
A: When Joseph served in Pharaohâ€™s court.
Q: What Bible character had no parents?
A: Joshua, son of Nun.
This joke was reprinted from "Laugh Yourself Healthy" by Charles and Frances Hunter, with permission of Strang Communications. Copyright 2008. All rights reserved.

People wonder why our kids are getting fat? Maybe its cause were sitting on our asses on the couch at home watching other people play cards on television? We cant even play cards ourselves. Yeah, Id cut the deck, but I dont want to reach my target heart rate.
#joke #short
Joke | Old joke from joke of the day archives - Check out other old jokes Friday, 04 June 2010

New Twist on an Old Prayer

A woman had been teaching her three-year-old daughter, the

up to the end of the prayer. "Lead us not into temptation,"

she prayed, "but deliver us some e-mail. Amen."

Drunken man staggers in to a C...

Drunken man staggers in to a Catholic church and sits down in a
confession box and says nothing. The bewildered priest coughs to attract
his attention, but still the man says nothing. The priest then knocks on
the wall three times in a final attempt to get the man to speak.
Finally, the drunk replies: "No use knockin' mate, there's no tissue
paper in this one either."

If College Students Wrote The Bible

The Last Supper would have been eaten the next morning -- cold.
The Ten Commandments would actually be only five -- double-spaced and written in a large font.
A new edition would be published every two years in order to limit reselling.
Forbidden fruit would have been eaten because it wasn't cafeteria food. Paul's letter to the Romans would become Paul's email to abuse@romans.gov.
Reason Cain killed Abel: they were roommates.
Reason why Moses and followers walked in the desert for 40 years: they didn't want to ask directions and look like freshmen.
Instead of God creating the world in six days and resting on the seventh, he would have put it off until the night before to get it done.

With the success of Viagra, many new performance drugs for men go into development:
#joke #short
Joke | Old joke from joke of the day archives - Check out other old jokes Thursday, 04 June 2009