Chuck Norris is the only perso...

The junior executive had been complaining to his wife of aches and pains. Neither one could account for his trouble.

Arriving home from work one night, he informed her. “I finally discovered why I've been feeling so miserable. We got some ultra-modern office furniture two weeks ago, and I just learned today that I've been sitting in the wastebasket.”

Do BMWs run on assholi...

I Know What the Bible Means

A father was approached by his small son, who told him proudly, "I know what the Bible means!" His father smiled and replied, "What do you mean, you 'know' what the Bible means?" The son replied, "I do know!"
"Okay," said his father. "So, son, what does the Bible mean?"
"That's easy, Daddy. It stands for 'Basic Instructions Before Leaving Earth.'"

Funny Photo of the day - Carries That Everywhere He Goes Carries That Everywhere He Goes | Source : Jokes photos - Used to be - WTF Pictures and WTF videos - but site no longer exists

A guy with a black eye boards his plane bound for Pittsburgh and sits down in his seat. He notices immediately that the guy next to him has a black eye, too.

He says to him, "Hey, this is a coincidence, we both have black eyes; mind if I ask how you got yours?"

The other guy says, "Well, it just happened, it was a tongue twister accident.

See, I was at the ticket counter and this gorgeous blonde with the most massive breasts in the world was there. So, instead of saying, 'I'd like two tickets to Pittsburgh,' I accidentally said, 'I'd like two pickets to Tittsburgh'....so she socked me a good one."

The first guy replied, "Wow! This is unbelievable. Mine was a tongue-twister too.

I was at the breakfast table and I wanted to say to my wife, "Please pour me a bowl of Frosties, honey.'

But I accidentally said, 'You have ruined my life you evil, self-centered, fat-assed bitch.'
#joke #blonde
Joke | Source: Jokes of the day - Used to be Joke rating machine, but this site is dead

Tom is applying for a job as a signalman for the local railroad and is told to meet the inspector at the signal box.

The inspector decides to give Tom a pop quiz, asking: "What would you do if you realized that two trains were heading towards each other on the same track?"

Tom says: "I would switch one train to another track."

"What if the lever broke?" asks the inspector.

"Then I'd run down to the tracks and use the manual lever down there," answers Tom.

"What if that had been struck by lightning?" challenges the inspector.

"Then," Tom continued, "I'd run back up here and use the phone to call the next signal box."

"What if the phone was busy?"

"In that case," Tom argued, "I'd run to the street level and use the public phone near the station."

"What if that had been vandalized?"

"Oh well," said Tom, "in that case I would run into town and get my Uncle Leo.

This puzzled the inspector, so he asked "Why would you do that?" 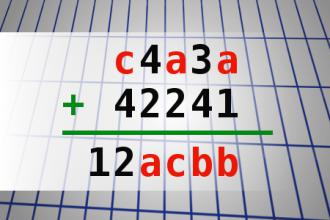 Try To Help The People


A big, burly man visited the pastor's home and asked to see the minister's wife, a woman well known for her charitable impulses.
"Madam," he said in a broken voice, "I wish to draw your attention to the terrible plight of a poor family in this district. The father is dead, the mother is too ill to work, and the nine children are starving. They are about to be turned into the cold, empty streets unless someone pays their rent, which amounts to $400."
"How terrible!" exclaimed the preacher's wife. "May I ask who you are?"
The sympathetic visitor applied his handkerchief to his eyes. "I'm the landlord," he sobbed.

At a World Brewing Convention in the United States, the CEOs of various brewing organizations retired to the bar at the end of each day's conferencing.

Bruce, the boss of Fosters, shouted to the barman,

'in 'Strailya, we make the best bloody beer in the world, so pour me a Fosters, cobber.'

Rob, chief of Budweiser, calls out,

'In the States, we brew the finest beers of the world, and I make the king of them all. Give me a pint of Bud.'

Hans steps up next,

'In Germany we invented beer. Give me a Weisen, the real king of beers.'

Up steps Dutchman Jan, chief executive of Grolsch, who states that Grolsch is the ultimate beer and asks for one with two fingers of head on top.

'Barman, give me a coke with ice please.'

The other four stare at him in stunned silence with amazement written all over their faces.

Eventually Bruce asks, 'Are you not going to have a Guinness, Pat?'

Patrick replies, 'Well, if you bastards aren't drinking, then neither am I'

I was out last Sunday -- I didnt see any signs, nobody to ask, so I lit a cigarette. This woman lost all control of her bodily functions. Put it out, please, put it out. I turned around -- she was three pews away!
#joke #short
Joke | Source: Comedy Central: Jokes - Jokes provided daily from Comedy Central's archive.

"How was your game, dear?" asked Jack's wife Tracy.Â
"Well, I was hitting pretty well, but my eyesight's gotten so bad I couldn't see where the ball went," he answered.Â
"But you're 75 years old, Jack!" admonished his wife, "Why don't you take my brother Scott along?"Â
"But he's 85 and doesn't play golf anymore," protested Jack.Â
"But he's got perfect eyesight. He would watch the ball for you," Tracy pointed out.Â
The next day Jack teed off with Scott looking on. Jack swung and the ball disappeared down the middle of the fairway. "Do you see it?" asked Jack.Â
"Yup," Scott answered.Â
"Well, where is it?" yelled Jack, peering off into the distance.Â
"I forgot."
#joke
Joke | Old joke from joke of the day archives - Check out other old jokes Tuesday, 27 October 2009

Mr. Smythe had been giving his second-grade students a short lesson on science. He had explained about magnets and showed them how they would pick up nails and other bits of iron. And now it was question time....

A little boy on the front row said, "You're a mother."


A blind man was describing his favorite sport, parachuting. When asked how this was accomplished, he said that things were all done for him: "I am placed in the door with my seeing eye dog and told when to jump. My hand is placed on my release ring for me and out I go with the dog."
"But how do you know when you are going to land?" he was asked. "I have a very keen sense of smell, and I can smell the trees and grass when I am 300 feet from the ground" he answered.
"But how do you know when to lift your legs for the final arrival on the ground?" he was again asked. He quickly answered: "Oh, the dog's leash goes slack."

Having a Beer With Y

Due to a power outage, only one paramedic responded to the call. The house was very dark so the paramedic asked Kathleen, a 3-yr old girl to hold a flashlight high over her mommy so he could see while he helped deliver the baby
Very diligently, Kathleen did as she was asked. Heidi pushed and pushed and after a little while, Connor was born. The paramedic lifted him by his little feet and spanked him on his bottom. Connor began to cry.
The paramedic then thanked Kathleen for her help and asked the wide-eyed 3-yr old what she thought about what she had just witnessed.
Kathleen quickly responded, "He shouldn't have crawled in there in the first place...... smack his butt again!"