486 – The average IQ needed to understand a PC.

State-of-the-art – Any computer you can't afford.

Obsolete – Any computer you own.

Microsecond – The time it takes for your state-of-the-art computer to become obsolete.

G3 – Apple's new Macs that make you say “Gee, three times faster than the computer I bought for the same price a Microsecond ago.”

Syntax Error – Walking into a computer store and saying “Hi, I want to buy a computer and money is no object.”

GUI – What your computer becomes after spilling your coffee on it. (pronounced “gooey”)

Floppy – The state of your wallet after purchasing a computer.

Portable Computer – A device invented to force businessmen to work at home, on vacation, and on business trips.

Disk Crash – A typical computer response to any critical deadline.

Power User – Anyone who can format a disk from DOS.

System Update – A quick method of trashing ALL of your software.

Incredible goal - Typical Brazilian Footballer - He does it every day - link to page video is posted initially.

One of my legs is actually jus...

One of my legs is actually just a hologram. It give me a rather e-femural sensation.
#joke #short
Joke | Source: Pun Gents - Daily Jokes, One-liners, Groaners, Puns of the day :: Puns on Demand :: Punshine Girls and Boys!

The manager of a large office ...

The manager of a large office noticed a new man one day and told him to come into his office. "What is your name?" was the first thing the manager asked the new guy.
"John," the new guy replied.
The manager scowled, "Look, I don't know what kind of a namby-pamby place you worked at before, but I don't call anyone by his first name. It breeds familiarity and that leads to a breakdown in authority. I refer to my employees by their last name only - Smith, Jones, Baker - that's all. I am to be referred to only as Mr. Robertson. Now that we got that straight, what is your last name?"
The new guy sighed and said, "Darling. My name is John Darling."
"Okay, John, the next thing I want to tell you is..."
#joke
Joke | Source: A joke a day - Free Jokes of the Day Clean Funny Jokes via Email, Humor and Entertainment A number of new Air-Force recr...

A number of new Air-Force recruits were being taken on their first training flight.

The plane had just leveled out after taking off when one of the engines seized up, and another began smoking badly.

Adjusting his parachute, the instructor strove for nonchalance as he made his way to the hatch door.

"Now I want you men to keep perfectly calm," he said, "while I go for help."
#joke
Joke

A woman was terribly overweight, so her doctor put her on a diet.

"I want you to eat regularly for 2 days, then skip a day, and repeat this procedure for 2 weeks. The next time I see you, you'll have lost at least 5 pounds."

When the woman returned, she shocked the doctor by losing nearly 20 pounds.

The woman nodded. "I'll tell you though, I thought I was going to drop dead that third day."

"From hunger, you mean?" 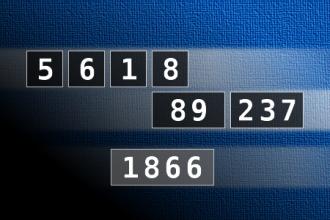 
Some people ask the secret of Anthony's long marriage.
They take time to go to a restaurant two times a week: a little candlelight dinner, soft music, and a slow walk home.
The Mrs. goes Tuesdays; He goes Fridays.

9:00 - "Children Are Forbidden From Saying The Darndest Things"

9:00 - "Who Wants To Execute A Multimillionaire"

Every weekend, I would get the drunk driving lecture. Of course, Dad drank and drove all the time. I guess it wasnt a lecture; it was helpful tips from the master.
#joke #short
Joke | Source: Comedy Central: Jokes - Jokes provided daily from Comedy Central's archive.

I hope that this will once again confirm that the most important information in your life won't come from a teacher, the library or the internet, but from a mentor, and on a very personal level.
My long-passed grandfather's birthday is coming up, and for me it is a time to reminisce. The long walks we used to take. The long drives.The special trips he would make to pick me up so I could spend weekends with him, and the advice he used to give!
Much was wasted because I was young when he died. If he were alive today and sharing his pearls of wisdom, I'd be a better man.
Those gems were well and good, but the one I remember most, the jewel in the crown of grandfatherly advice, came when I was on 12. We were sitting in a park, watching children and their mothers enjoying a beautiful spring day. He told me that one day, I'd find a woman and start my own family.
"And son," he said, "be sure you marry a woman with small hands."
"How come, Grandpa?" I asked.
"It makes your pecker look bigger."
Kinda brings a tear to your eye, doesn't it?

Substitute at the Pearly Gates

"Oh, I've been doing pretty well since you died," her husband told her. "I married the beautiful young nurse who took care of you while you were ill. And then I won the lottery. I sold the little house you and I lived in and bought a big mansion. And my wife and I traveled all around the world. We were on vacation and I went water skiing today. I fell, the ski hit my head, and here I am. How do I get in?"
"You have to spell a word," the woman told him.
"Which word?" her husband asked.
"Czechoslovakia."

Home is where you hang your @.
#joke #short
Joke | Old joke from joke of the day archives - Check out other old jokes Wednesday, 17 June 2009

They dont have backpacks anymore; they all have that rolling luggage crap now. Every time they get home, it looks like theyre checking into a hotel. Hi, how are ya? What time does the shuttle leave for soccer?
#joke #short
Joke | Old joke from joke of the day archives - Check out other old jokes Thursday, 17 June 2010

A very rich and famous dwarf passed away recently. He was low dead.
#joke #short
Joke | Old joke from joke of the day archives - Check out other old jokes Thursday, 17 June 2010