Bob had this problem of getting up late in the morning and was always late for work.

After a few weeks of this, his boss was mad and threatened to fire him if he didn't do something about it.

So Bob went to his doctor, who gave him a pill and told him to take it before he went to bed. He got a great night's sleep and actually beat the alarm in the morning. After a leisurely breakfast, he cheerfully drove to work.

“Boss,” he said, “The pill my doctor prescribed actually worked!”

“That's all fine,” said the boss, “But where were you yesterday?”

#joke #doctor
Joke | Source: everything zoomer - For Boomers, Zoomers, 50+ seniors, and Retired People Everywhere, used to have fresh Joke of the day daily

After a night on the town, a young woman brought a new friend home for a late-night drink. "You can't make any noise," she warned him. "My parents are upstairs and if they find out they'll kill us."
Things started getting heated on the sofa, but after a while alcohol got the better of the man. "I have to go," he said.
"Well you can't go upstairs. The bathroom is right next to my parents' bedroom," she replied. "Use the kitchen sink."
So he dutifully retired to the kitchen. A few minutes later, he popped his head around the door and asked, "Do you have any toilet paper, or should I just use a paper towel?" Bad Reception - You might need bigger antenna | Source : Jokes of The Day - By Jokes of the day visitor

Two girls are watching a movie...

"Just ignore him," replied her friend.

George W. approached the man and inquired, "Aren't you Moses?"

The man ignored George W. and stared at the ceiling.

George W. positioned himself more directly in the man's view and asked again, "Aren't you Moses?"

The man continued to peruse the ceiling.

George W. tugged at the man's sleeve and asked once again, "Aren't you Moses?"

The man finally responded in an irritated voice, "Yes, I am."

George W. asked him why he was so uppity, and Moses replied, "The last time I spoke to a Bush I had to spend forty years in the desert." 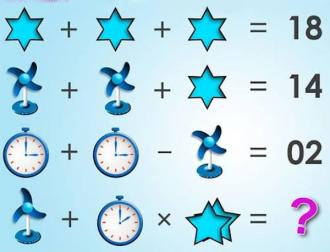 I Want To Appeal A Case

Little Sonia was shouting her prayers. "Please God send me a new doll for my birthday."
Her mother, overhearing this, said, "Don't shout dear, God isn't deaf."
"No, but Grandad is, and he's in the next room," Sonia replied.

Q: Why did the blonde fail her driving test?

A: Because she was not used to being in the front seat.

So I think I'm in the clear

the boss is no where in sight

I logon to the web and start to surf

and then my hair stands up with fright


the footsteps coming down the hall

are quickening in pace

there is no time to exit

no way to save my face


so I press the power button

and relax just a bit

there is no way he can tell

exactly what I hit


I act all surprised

don't know why my machine died

computers are!" I cried

a computer that won't crash" he exclaims

Do you think he'll wonder

when the new one acts the same?


Joke | Old joke from joke of the day archives - Check out other old jokes Wednesday, 18 June 2008

"I hope you didn't take it personally, Reverend," an embarrassed woman said after a church service, "when my husband walked out during your sermon."

"I did find it rather disconcerting," the preacher replied.

"It's not a reflection on you," insisted the church goer. "Ralph has been been walking in his sleep since childhood."