A mother asked her small son what he would like for his birthday. “I'd like a little brother,” the boy said.

“Oh my, that's such a big wish,” said the mother. “Why do you want a little brother?”

On a transatlantic flight, a plane passes through a severe storm. The turbulence is awful, and things go from bad to worse when one wing is struck by lightning. One woman in particular loses it.
Screaming, she stands up in front of the plane. "I'm too young to die!" she wails. "Well, if I'm going to die, I want my last minutes on Earth to be memorable! I've had plenty of sex in my life, but no one has ever made me really feel like a woman! Well I've had it! Is there ANYONE on this plane who can make me feel like a WOMAN??"
For a moment, there is silence. Everyone has forgotten their own peril, and they all stare, riveted, at the desperate woman in the front of the plane.
Then, a man stands up in the rear of the plane. "I can make you feel like a woman," he says. He's gorgeous. Tall, built, with long, flowing black hair and jet black eyes, he starts to walk slowly up the aisle, unbuttoning his shirt one button at a time. No one moves.
The woman is breathing heavily in anticipation as the stranger approaches. He removes his shirt. Muscles ripple across his chest as he reaches her, and extends the arm holding his shirt to the trembling woman, and whispers:
"Iron this."

Funny Photo of the day - PEEK A BOO! PEEK A BOO! | Source : Jokes photos - Used to be - WTF Pictures and WTF videos - but site no longer exists

Finding one of her students ma...

Finding one of her students making faces at others on the playground, Mrs. Smith stopped to gently reprove the child.

Smiling sweetly, the teacher said, "Little Johnny, when I was a child, I was told that if I made ugly faces, it would freeze and I would stay like that."

Little Johnny looked up and replied, "Well, Mrs. Smith, you can't say you weren't warned."
#joke
Joke | Source: Jokes of the day - Used to be Joke rating machine, but this site is dead

A couple was relating their vacation experiences to a friend. "It sounds as if you had a great time in Texas," the friend observed. "But didn't you tell me you were planning to visit Colorado?"

His wife cut in, "Oh, tell the truth, Fred!" He feel silent, and she continued,

"You know, it's just ridiculous. Fred simply will NOT ask for directions." 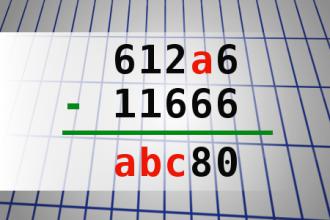 A truck driver hauling a load of computers stops for dinner.

As he approaches the door, he sees a big sign on the door saying, "NERDS NOT ALLOWED - ENTER AT YOUR OWN RISK!"

He goes in and sits down.

The waiter comes over to him, sniffs, and says, "You smell kind of nerdy. What do you do for a living?"

The man says he drives a truck, and the smell is just from the computers he is hauling.

The waiter says, "OK, truck drivers are not nerds," and takes his order.

As he is eating, a skinny guy walks in with tape on his glasses, a pocket protector with twelve kinds of pens and pencils, and a belt at least a foot too long.

The waiter, without saying a word, pulls out a shotgun and blows the nerdy guy away. The truck driver asks him why he did that.

The waiter said, "Not to worry. The nerds are overpopulating the Silicon Valley, and are in season now. You don't even need a license," he said.

So the truck driver finishes his meal, gets back in his truck, and heads back onto the freeway. Suddenly he veers to avoid an accident, and the load shifts.

The back door breaks open and computers spill out all over the freeway. He jumps out and sees a crowd already forming, grabbing up the computers.

They are all engineers, accountants and programmers wearing the nerdiest clothes he has ever seen. He can't let them steal his whole load.

So remembering what happened in the bar, he pulls out his gun and starts blasting away, felling several of them instantly.

A highway patrol officer comes zooming up and jumps out of the car screaming at him to stop.

The truck driver said, "What's wrong? I thought nerds were in season."

Rednecks are like Americas pit bulls. They should just sedate those people, drop em off in Afghanistan, just let them run wild. Just be like, Dude, just go do everything you ever dreamed of doing. Just go crazy. Have one of your friends play the banjo -- itll scare the hell out of them.
#joke #short
Joke | Source: Comedy Central: Jokes - Jokes provided daily from Comedy Central's archive.

An overweight business associate of mine decided it was time to shed some excess pounds. He took his new diet seriously, even changing his driving route to avoid his favorite bakery. One morning, however, he arrived at work carrying a gigantic coffee cake. We all scolded him, but his smile remained cherubic.
"This is a very special coffee cake,â€ he explained. â€œI accidentally drove by the bakery this morning, and there in the window was a host of goodies. I felt this was no accident, so I prayed, â€˜Lord, if you want me to have one of those delicious coffee cakes, let me have a parking place directly in front of the bakery. And sure enough,â€ he continued, â€œthe eighth time around the block, there it was!â€
This joke was reprinted from "Laugh Yourself Healthy" by Charles and Frances Hunter, with permission of Strang Communications. Copyright 2008. All rights reserved.

"Do you know them?" Dr. Watson asked.

"No," Holmes replied, "I've never met the nun, the prostitute or the bride we just passed."

"Good Lord, Holmes, how in the world did you know all that?"

"Elementary, my dear Watson. the nun ate the banana by holding it in one hand and using the fingers of the other hand to properly break the fruit into small pieces."

The prostitute, he continued, "grabbed with both hands and crammed the whole thing into her mouth."

"Amazing!" Watson exclaimed, "But how did you know the third was a newlywed?"

After the North American Beer ...

After the North American Beer Festival, all the brewery presidents decided to go out for a beer. The guy from Corona sits down and says, "Hey Senor, I would like the world's best beer, a Corona." The bartender dusts off a bottle from the shelf and gives it to him.

The guy from Budweiser says, "I'd like the best beer in the world, give me 'The King Of Beers', a Budweiser." The bartender gives him one.

The guy from Coors says, "I'd like the only beer made with Rocky Mountain spring water, give me a Coors." He gets it.

The guy from Molson sits down and says, "Give me a Coke." The bartender is a little taken aback, but gives him what he ordered.

The other brewery presidents look over at him and ask, "Why aren't you drinking a Molson's?"

The Molson president replies, "Well, I figured if you guys aren't drinking beer, neither would I."
#joke #beer
Joke | Old joke from joke of the day archives - Check out other old jokes Wednesday, 30 June 2010