A man enters his local bar holding a frog and an iguana.

He sets them down on the bar and says to the bartender, "I bet you $1000 that my frog here can sing any song you can think of." "

The man whispers something to the frog, and the frog starts singing Blue Moon.

"Ok, I can believe a frog, but not an iguana. You're on. Have him sing the Star Spangled Banner."

The man whispers something to the iguana, and it sings the Star Spangled Banner.

The man said ok, and he exchanged the iguana for the money and the businessman left.

The bartender said "What are you nuts?! You could have made millions with that iguana!" The man said "Oh, the iguana can't sing. The frog's a ventriloquist."

There used to be a street name...

Funny video of the day - Cow transport in soviet russia

“How long have you been driving without a tail light?” asked the policeman after pulling over a motorist.

The driver jumped out and ran to the rear of his car. He put his face in his hands and gave a long, painful groan. He seemed so upset that the cop began to feel sorry for him.

“It isn't?” cried the driver. “Then you know what happened to my boat and trailer?”

#joke #policeman
Joke | Source: everything zoomer - For Boomers, Zoomers, 50+ seniors, and Retired People Everywhere, used to have fresh Joke of the day daily

Funny Photo of the day - Portable, You Say? Portable, You Say? | Source : There I fixed it - photos of ur handiwork!

Steve lived in Stated Island, NY and worked in Manhattan. He had to take the ferry home every night. One evening, he got sown to the ferry and found there was a wait for the next boat, so Steve decided to stop at a nearby tavern. Before long he was felling no pain. When he got back to the ferry slip, the ferryboat was just eight feet from the dock.
Steve. Afraid of missing this one and being late for dinner, took a running leap and landed right on the deck of the boat. “How did you like that jump, buddy?” said a proud Steve to a deck hand. “It was great,” said the sailor. “But why didn’t you wait? We were just pulling in!”

Putting Out a Fire...by Fire

During an ecumenical assembly, a secretary rushed in shouting, “The building is on fire!”
The Methodists prayed in a corner.
The Baptists wondered where they could find water.
The Quakers quietly praised God for the blessings that fire brings.
The Lutherans posted a notice on the door announcing the fire was evil.
The Roman Catholics passed the plate to cover the cost of the damage.
The Jews posted symbols on the door in hopes the fire would pass.
The Congregationalists shouted, “Every man for himself!”
The Fundamentalists proclaimed, “It’s the vengeance of God!”
The Episcopalians formed a procession and protested.
The Christian Scientists denied that there was a fire.
The Presbyterians appointed a chairperson to form a committee to look into the matter and submit a written report.
The secretary grabbed the fire extinguisher and put the fire out.
From "The Book of Church Jokes," published by Barbour Publishing, Inc., Uhrichsville, Ohio. Copyright 2009. Used by permission of Barbour Publishing, Inc. 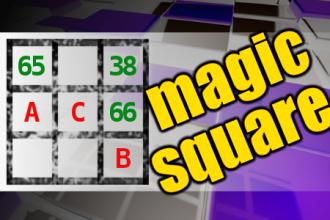 Little Johnny goes up to his m...

Little Johnny goes up to his mother who is lying in the bath naked, and asks her: "Mummy...whasat??"

His mother thinks for a little while and then says: "Oh, son...that's my hedgehog." And Little Johnny walks away quite happy with the reply.

The next week, Little Johnny walks into the bathroom and sees his wrinkly old grandma lying naked in the bath. He asks her what she had between her legs, and again she tries to explain that it's a hedgehog.

Little Johnny then runs screaming to his mother and shouts: "Mummy, Mummy, Grandma's hedgehog is dead!"

"Because I could see it's guts hanging out all over the place!"
#joke
Joke | Source: Jokes of the day - Used to be Joke rating machine, but this site is dead

George Bush: When you rearrange the letters: He Bugs Gore

Dormitory: When you rearrange the letters: Dirty Room

Evangelist: When you rearrange the letters: Evil's Agent

Desperation: When you rearrange the letters: A Rope Ends It

The Morse Code: When you rearrange the letters: Here Come Dots

Slot Machines: When you rearrange the letters: Cash Lost in Em

Animosity: When you rearrange the letters: Is No Amity

A Decimal Point: When you rearrange the letters: I'm a Dot in Place

Eleven plus two: When you rearrange the letters: Twelve plus one

Where No Man has gon

Two young brothers, aged 5 and 6, are listening through the keyhole as their older sister is getting it on with her new boyfriend.

They hear her say, "Oh, Jim, you're going where no man has gone before!"

The six-year-old says to his brother, "He must be fucking her up the ass!"

Shes from Chicago, Im from Chicago; I could have been a first lady. But they would have done that background check -- I aint no lady. Michelle looks like she always knew she wanted to be a first lady; dont look like she went through a slut phase. I did. Slut phase one, two and three. Theres a fourth comin.
#joke
Joke | Source: Comedy Central: Jokes - Jokes provided daily from Comedy Central's archive.

End of the World Headlines

When the end of the world arrives how will the media report it?

Discover Magazine: HOW WILL THE EXTINCTION OF ALL LIFE AS WE KNOW IT AFFECT THE WAY WE VIEW THE COSMOS?

America Online: SYSTEM TEMPORARILY DOWN. TRY CALLING BACK IN 15 MINUTES.

Inc. magazine: TEN WAYS YOU CAN PROFIT FROM THE APOCALYPSE

Police officer pulled this guy over for speeding and told him that his eyes were bloodshot, and asked him if he'd been drinking. The guy said "Your eyes are glazed, have you been eating donuts?"

A major network is planning th...

A major network is planning the show "Survivor" this winter. In response, Texas is planning "Survivor, Texas Style." The contestants will start in Dallas, travel through Waco, Austin, San Antonio, over to Houston, and down to Brownsville. They will proceed up to Del Rio, on to El Paso, then to Midland/Odessa, Lubbock, and Amarillo. From there, they proceed to Abilene, and on to Ft. Worth and back to Dallas.

Each will be driving a pink Volvo with a bumper sticker that reads, "I'm gay, I voted for Al Gore, and I'm here to confiscate your guns."
#joke
Joke | Old joke from joke of the day archives - Check out other old jokes Friday, 13 August 2010

The body builder takes off his shirt and the blonde says, "What a great chest you have!"
He tells her, "That's 100 lbs. of dynamite, Baby."
He takes off his pants and the blonde says,' "What massive calves you have!" The body builder tells her, "That's 100 lbs. of dynamite, Baby."
He then removes his underwear and the blonde goes running out of the apartment screaming in fear. The body builder puts his clothes back on and chases after her. He catches up to her and asks why she ran out of the apartment like that.
The blonde replies, "I was afraid to be around all that dynamite after I saw how short the fuse was!"

When Albert Einstein was makin...

When Albert Einstein was making the rounds of the speaker's circuit, he usually found himself eagerly longing to get back to his laboratory work. One night as they were driving to yet another rubber-chicken dinner, Einstein mentioned to his chauffeur (a man who somewhat resembled Einstein in looks & manner) that he was tired of speechmaking.

"I have an idea, boss," his chauffeur said. "I've heard you give this speech so many times. I'll bet I could give it for you." Einstein laughed loudly and said, "Why not? Let's do it!" When they arrive at the dinner, Einstein donned the chauffeur's cap and jacket and sat in the back of the room. The chauffeur gave a beautiful rendition of Einstein's speech and even answered a few questions expertly.

Then a supremely pompous professor asked an extremely esoteric question about anti-matter formation, digressing here and there to let everyone in the audience know that he was nobody's fool. Without missing a beat, the chauffeur fixed the professor with a steely stare and said, "Sir, the answer to that question is so simple that I will let my chauffeur, who is sitting in the back, answer it for me."