A duck walked into a bakery on...

A duck walked into a bakery one day and asked for a pork chop.

The baker said, "We aren't a butcher; we don't sell meat here."

So the duck left.

The following day the duck went back and asked again.

This time the Baker said, "No, if you come here again I will nail your feet
to the floor."

The following day the duck returned and asked, "Have you any nails?"

The baker replied, "No."

And the duck said, "Well, I'll have two pork chops then."

They were going to release a C...

They were going to release a Chuck Norris edition of Clue, but the answer always turns out to be "Chuck Norris. In The Library. With a Roundhouse Kick."
#joke #short #chucknorris
Joke | Source: Daily Chuck - Daily Chuck Norris Fact

Funny video of the day - Cute cat sleeping with legs up

Cute cat sleeping with legs up - Do not disturb! - link to page video is posted initially.

A lady is throwing a Birthday party for her granddaughter, and had gone all out.. a caterer, band, and a hired clown.
Just before the party started, two bums showed up looking for a handout.
Feeling sorry for the bums, the woman told them that she would give them a meal if they will help chop some wood for her out back.
Gratefully, they headed to the rear of the house.
The guests arrived, and all was going well with the children having a wonderful time.
But the clown hadn't shown up.
After a half and hour, the clown finally called to report that he was stuck in traffic, and would probably not make the party at all.
The woman was very disappointed and unsuccessfully tried to entertain the children herself.
She happened to look out the window and saw one of the bums doing cartwheels across the lawn.
She watched in awe as he swung from tree branches, did mid-air flips, and leaped high in the air.
She spoke to the other bum and said, "What your friend is doing is absolutely marvelous.
I have never seen such a thing.
Do you think your friend would consider repeating this performance for the children at the party? I would pay him $50!"
The other bum says, "Well, I dunno. Let me ask him. 'HEY WILLIE! FOR $50, WOULD YOU CHOP OFF ANOTHER TOE?"
#joke
Joke | Source: Really Funny Jokes - Really Funny jokes, adult jokes, Good jokes, short funny jokes, teacher jokes, affair jokes, kids jokes, doctor jokes, funny pictures

One of the funniest memories I have of the trials and tribulations of making the journey from childhood to adulthood was our annual summer vacation trek from Chicago to a cabin usually someplace on a lake in Wisconsin or Michigan.

Every year, it seems, we would get on a highway a few miles out of the city, and mom would wail, “Oh my goodness! I think left the iron on.” And almost every year we would turn around and go back. But as I recall, not once was it was ever plugged in. She often had the same fear that all our earthly possessions would disappear in a fire caused by her forgetfulness.

When I was about 14 years old, we were headed out of Chicago for Lake Geneva, Wisconsin and, sure enough, Mom gasped, “I just know I left the iron on.”

My father didn't say a word, just pulled over onto the shoulder of the road, got out, opened the trunk and handed her the iron. Years ago, the chaplain of the football team at Notre Dame was a beloved old Irish priest.

At confession one day, a football player told the priest that he had acted in an unsportsmanlike manner at a recent football game. “I lost my temper and said some bad words to one of my opponents.” “Ahhh, that's a terrible thing for a Notre Dame lad to be doin',” the priest said. He took a piece of chalk and drew a mark across the sleeve of his coat.

“That's not all, Father. I got mad and punched one of my opponents.”

“Saints preserve us!” the priest said, making another chalk mark.

“Oh, goodness me!” the priest wailed, making two more chalk marks on his sleeve. “Who in the world were we playin' when you did these awful things?”

“Ah, well,” said the priest, wiping his sleeve, “boys will be boys.” 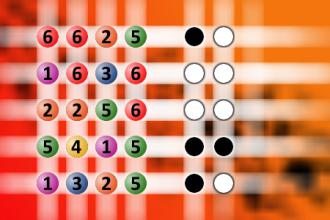 A duck walked into a bakery on...

A duck walked into a bakery one day and asked for a pork chop.
The baker said, "We aren't a butcher; we don't sell meat here."
So the duck left.
The following day the duck went back and asked again.
This time the Baker said, "No, if you come here again I will nail your feet
to the floor."
The following day the duck returned and asked, "Have you any nails?"
The baker replied, "No." And the duck said, "Well, I'll have two pork chops then."
#joke
Joke | Source: A joke a day - Free Jokes of the Day Clean Funny Jokes via Email, Humor and Entertainment

Mr. Bailey saw his son's shiner and demanded, "Scott, who gave you that black eye?"

Go To The Hospital


Four expectant fathers were in a Minneapolis hospital waiting room, while their wives were in labor.
The nurse arrived and announced to the first man, "Congratulations sir, you're the father of twins."
"What a coincidence!" the man said with some obvious pride. "I work for the Minnesota Twins baseball team."
The nurse returned in a little while and turned to the second man, "You, sir, are the father of triplets."
"Wow, that's really an incredible coincidence," he answered. "I work for the 3M Corporation. My buddies at work will never let me live this one down."
An hour later, while the other two men were passing cigars around, the nurse came back. This time, she turned to the third man, who had been quiet in the corner. She announced that his wife had just given birth to quadruplets. Stunned, he barely could reply.
"Don't tell me another coincidence?" asked the nurse.
After finally regaining his composure, he said, "I don't believe it, I work for the Four Seasons Hotel."
After hearing this, everybody's attention turned to the fourth guy, who had just fainted, flat out on the floor. The nurse rushed to his side and, after some time, he slowly gained back his consciousness.
The nurse asked, "Sir, are you all right?"
"Yes" says the man, "I'm o.k. now. I just had a shocking thought. I work at the 7-11 Store."

I consider Wal-Mart to be God's gift to shoppers. Here are the similarities I have noticed between the kingdom of Heaven and the Kingdom of Everyday Low Prices.

Heaven: St. Peter greets you at the gates

Wal-Mart: Some old geezer named Peter greets you at the automatic doors

Heaven: Where old people go when they expire

Wal-Mart: Where old people go when they retire

Heaven: Plenty of Room for everyone who loves God

Wal-Mart: Plenty of Parking for Everyone

Heaven: Salvation and redemption no matter what your sin

Wal-Mart: Full money refund on no matter what your complaint

You know who Uncle Sam is, hes that goat-faced dude who dresses like Apollo Creed. Hes always pointing at you. He wants you. Is that really the imagery we should be listening to? An uncle who looks like hes about to touch you? Uncle Sam wants you to keep a secret.
#joke #short
Joke | Source: Comedy Central: Jokes - Jokes provided daily from Comedy Central's archive.

Misc Women's Rules for Me...

* Our cooking and menus are excellent - That isn't, however, an excuse for you to avoid cooking
* Buying us something does not constitute foreplay
* Answering "Who was that?" with "Nobody" doesn't end the conversation - Ditto for "Whose lipstick is this?"
* Believe it or not, you're not more sexy when you're all sweaty
* Silence can mean anything and it could change without notice

* Women are a pain in the ass, men are a pain EVERYWHERE!
* Men are great! Every woman should own one!!!
* Men are just like computers, and a smart woman keeps a backup.
* Men are only good for one thing... two, if they're good at it.
* Men come in three sizes: small, medium, and OOoohhh yesss!
* Men read Playboy for the articles like women go to malls for the music.
#joke
Joke | Old joke from joke of the day archives - Check out other old jokes Friday, 31 July 2009

A rabbi, priest, and a minister are out fishing in a boat on a big lake when the priest realizes that he has to go to the bathroom. Not wanting to disturb the fishing of the others in the boat by having them take him to shore, he gets out of the boat and walks across the water to do his business and then returns to the boat.A little while later the minister has to go also and he does the same. He walks across the water, does his business and returns across the water to the boat.
Finally the rabbi feels the urge to go to the bathroom too, so he climbs out of the boat. But instead of walking across the water, he falls into the water and starts to wildly splash around. The priest and the minister finally drag the rabbi back into the boat and the priest turns to the minister and says, "Maybe we should have told him where the rocks were."

At a recent computer expo (COM...

Recently General Motors addressed this comment by releasing the statement "Yes, but would you want your car to crash twice a day?" And, would you like to see the following:

A second grader came home from school and said to her mother, "Mom, guess what? We learned how to make babies today."

The mother, more than a little surprised, asked fearfully, "That's interesting. How do you make babies?"