Robyn leaves home for University and after several weeks she turns up at home in quite a distressed state.
'Dad, you gave me some terrible financial advice,' she splutters.
'I did?' responds her father, 'What did I tell you?'
Well, you told me to put my money in that big bank, and now that big bank is in serious trouble,' explains Robyn sniffing.
'What are you talking about? That's one of the largest banks in the whole country,' he remarks, 'there must be some mistake.....'
'I don't think so,' Robyn interrupts, 'They just returned one of my cheques with a note saying, "Insufficient Funds".'
#joke
Joke | Source: Really Funny Jokes - Really Funny jokes, adult jokes, Good jokes, short funny jokes, teacher jokes, affair jokes, kids jokes, doctor jokes, funny pictures

A young man was walking through a supermarket to pick up a few things when he noticed an old lady following him around.

Thinking nothing of it, he ignored her and continued on.

Finally he went to the checkout line, but she got in front of him.

"Pardon me," she said, "I'm sorry if my staring at you has made you feel uncomfortable. It's just that you look just like my son, who just died recently."

"I'm very sorry," replied the young man, "is there anything I can do for you?"


As the old woman was leaving, he called out, "Goodbye, Mother!"

"How can that be?" He asked, "I only purchased a few things!"

"Your mother said that you would pay for her," said the clerk.

NONONONO Cat - The cat has seen the first time a small girl - link to page video is posted initially.

TEACHER: Donald, what is the chemical formula for water?

TEACHER: What are you talking about?

DONALD: Yesterday you said it's H to O.

Funny Photo of the day - AN E-CARD AN E-CARD | Source : Very Demotivational - Posters That Demotivate Us

A wagon load of corn

A farm boy accidentally overturned his wagon load of corn. The farmer who lived nearby heard the noise and yelled over to the boy, “Hey Willis, forget your troubles! Come in and visit with us. I'll help you get the wagon up later.”

“That's mighty nice of you,” Willis answered, “but I don't think Pa would like me to.”

“Well okay,” the boy finally agreed, and added, “but Pa won't like it.”

After a hearty dinner, Willis thanked his host. “I feel a lot better now, but I know Pa is going to be real upset.”

“Don't be foolish!” the neighbour said with a smile. “By the way, where is he?”

A young man was walking through a supermarket to pick up a few things when he noticed an old lady following him around. Thinking nothing of it, he ignored her and continued on. Finally he went to the checkout line, but she got in front of him. "Pardon me," she said, "I'm sorry if my staring at you has made you feel uncomfortable. It's just that you look just like my son, who just died recently." "I'm very sorry," replied the young man, "is there anything I can do for you?" "Yes," she said, "As I'm leaving, can you say 'Good bye, Mother'? It would make me feel so much better." "Sure," answered the young man.
As the old woman was leaving, he called out, "Goodbye, Mother!" As he stepped up to the checkout counter, he saw that his total was $127.50. "How can that be?" He asked, "I only purchased a few things!" "Your mother said that you would pay for her," said the clerk.
#joke
Joke | Source: A joke a day - Free Jokes of the Day Clean Funny Jokes via Email, Humor and Entertainment 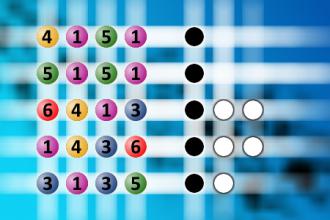 An HMO Manager Goes to Heaven. . .

Three guys are trying to sneak into the Olympic Village in Atlanta to scoop souvenirs and autographs. The first says, "Let's watch the registration table to see if there's a crack in the security system that we can utilize to scam our way in."

Immediately, a burly athlete walks up to the table and states, "Angus MacPherson. Scotland. Shotput." He opens his gym bag to display a shotput to the registration attendant.

The attendant says, "Very good, Mr. MacPherson. Here is you packet of registration materials, complete with hotel keys, passes to all Olympic events, meal tickets, and other information."

The attendant says, "Terrific, Mr. Rhodes. Here is you packet of registration materials, hotel keys, a full set of passes, and meal tickets. Enjoy yourself."

They scamper in, but suddenly realize the third guy is missing. They groan - OH NO. He is not to bright. They forgot to make sure he doesn't do something stupid and blow their cover stories.

They spot him walking with a roll of barbed wire under his arm. He walks up the registration table and states: "Foster Bean. USA. Fencing."

A blonde at a flashing red light.

My girl wants to change the engagement rules. She tells me, Babe, why do I got to wear a ring and let guys know Im taken, and you dont got to wear nothing? I told her, Babe, I wear my sad face every day.
#joke #short
Joke | Source: Comedy Central: Jokes - Jokes provided daily from Comedy Central's archive.

I walked in to our house to find my wife and children all standing at the front door talking to a middle-aged woman.

My kids ran to me and told me the lady was from 'Sesame something'.

"The census bureau?" I asked.

"Yeah! How did you know?" they shouted excitedly.

"I know EVERYTHING!" I said not divulging that I had read about the door to door visits in the paper.

So we all walked up to the lady, and I told her that these children were from Cuba and that she should take them away. "Maybe they can get jobs picking sugar cane?" I asked.

My kids laughed, the lady just looked at me and my wife hit me.

My kids laughed, the census taker didn't, my wife hit me.

My kids laughed, the census taker laughed, my wife hit me.
#joke
Joke | Old joke from joke of the day archives - Check out other old jokes Wednesday, 11 November 2009

Q: What do you call 10 blondes standing ear to ear?

A: A wind tunnel.

Q: What do you call a blond with a bag of sugar on her head ?

Q: What do you call 20 blondes in a freezer?

Q: What do you call a blonde skeleton in the closet?

Q: What do you call a fly buzzing inside a blonde's head?

A: A Space Invader.

Q: What do you call a blonde in a tree with a brief case?

Q: What do you call a smart blond?

We had a lot of assemblies when I was growing up at my school, and they were all the same. Every assembly we had they would always bring in some former drug addict, and hed be like, Yeah, you know, I was addicted to drugs for 20 years, and I almost died, and thats why you shouldnt do drugs. And Id be like, Well, uh, you didnt die, and you got to do all those drugs!
#joke
Joke | Old joke from joke of the day archives - Check out other old jokes Sunday, 03 October 2010

An extraordinarily handsome man decided he had the responsibility to marry the perfect woman so they could produce beautiful children beyond compare.
With that as his mission he began to search for the perfect woman.
Shortly there after he met a Redneck who had three stunning, gorgeous daughters that positively took his breath away. So he explained his mission to the Redneck and asked for permission to marry one of them.
The Redneck simply replied, "They're lookin' to get married, so you came to the right place. Look 'em over and pick the one you want."
The man dated the first daughter. The next day the Redneck asked for the man's opinion.
"Well," said the man, "she's just a weeeeee bit, not that you can hardly notice...pigeon-toed."
The Redneck nodded and suggested the man date one of the other girls; so the man went out with the second daughter.
The next day, the Redneck again asked how things went.
"Well,"the man replied, "she's just a weeeee bit, not that you can hardly tell..cross-eyed."
The Redneck nodded and suggested he date the third girl to see if things might be better. So he did.
The next morning the man rushed in exclaiming,
"She's perfect, just perfect. She's the one I want to marry."
So they were wed right away. Months later the baby was born. When the man visited the nursery he was horrified: the baby was the Ugliest, most pathetic human you can imagine. He rushed to his father-in-law and asked how such a thing could happen considering the beauty of the parents.
"Well," explained the Redneck...
"She was just a weeeee bit, not that you could hardly tell.... pregnant when you met her."