Theres no razor in candy. If for no other reason, it doesnt make financial sense. Its not fiscally prudent. How much does a piece of candy cost -- like, a penny and a half? An apples like 15 cents? Anybody here bought a Mach 3 replacement cartridge recently? Theyre so expensive, they dont even keep them on the shelf. You know, you have to ask the people behind the counter. I feel like Im trying to buy enriched plutonium or something.
#joke #halloween
Joke | Source: Comedy Central: Jokes - Jokes provided daily from Comedy Central's archive.

Little Johnny wasn't very good at spelling. During an oral spelling exam, the teacher wrote the word "new" on the blackboard.

An airline pilot was scheduled to take a flight from New York to Los Angeles. The weather was too bad in New York to allow his usual on time departure. The weather in New York finally cleared and the pilot asked for his departure clearance. He was very dismayed to hear that he had another delay due to the increased traffic now leaving New York. Sometime later he finally received his clearance and decided he would try to make up the time lost by asking for a direct route to Los Angeles. Halfway across the country he was told to turn due South. Knowing that this turn would now throw him further behind schedule he inquired, quite agitated, to the controller for the reason of the turn off course. The controller replied that the turn was for noise abatement. The pilot was infuriated and said to the controller, "Look buddy, I am already way behind schedule with all the delays you guys have given me today. I really don't see how I could be causing a noise problem for pedestrians when I am over 6 miles above the earth!" The controller answered in a calm voice, "Apparently, Captain, you have never heard two 747's collide!"
#joke
Joke | Source: Really Funny Jokes - Really Funny jokes, adult jokes, Good jokes, short funny jokes, teacher jokes, affair jokes, kids jokes, doctor jokes, funny pictures

Q: What do you call a midget fortuneteller on the run from the law?

A: A small medium at large.

Funny Photo of the day - Douchebag Parkers: Did You Have To Go RIGHT Behind Me? Douchebag Parkers: Did You Have To Go RIGHT Behind Me? | Source : Jokes - Funny daily jokes

stopped at the local Burger King for a cold drink and was reading the menu over the counter. I noticed a sign to the side that stated “Picture Menu Available”.

I had to ask the clerk what it was for and she told me that they had a number of customers who couldn't read and they used that.

Of course I asked how they would know this picture menu was available and her answer was the classic, “Well, it says so on the sign, doesn't it?” 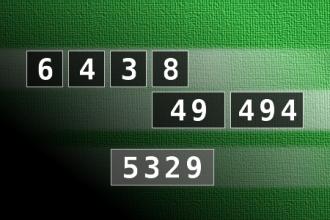 This bartender is in a bar, when this really hot chick walks up and says in a sexy seductive voice, “May I please speak to your manager?” He says, “Not right now, is there anything I can help you with?” She replies, “I don't know if your the man to talk to…its kind of personal…” Thinking he might get lucky, he goes, “I'm pretty sure I can handle your problem, miss.” She then looks at him with a smile, and puts two of her fingers in his mouth…and he begins sucking them, thinking “I'm in!!!” She goes, “Can you give the manager something for me?” The bartender nods…yes. “Tell him there's no toilet paper in the ladies restroom.”
#joke
Joke | Source: Joke Diary - Really Funny Jokes Daily

Which dog could breathe underw...

Q: What do you call a midget fortuneteller on the run from the law?
A: A small medium at large.

These 2 guys decide that they are going to take a fishing vacation together. They agree that they would go deep-sea fishing in Southern Florida.

They get there and get all settled in, then the next morning they get up early and head for the boat. On the way to the boat, they see this guy sitting alone fishing off of a pier. They go out for 8 hours, and when they come back they see the same guy still fishing at the same spot.

Same thing happens the next day. When they get back to the hotel after their third and last day of fishing, they decide that since they don't have to get up in the morning, they would go to a local bar.

When the get to the bar, they see the same guy from the pier sitting at the bar by himself drinking a beer. Well, they decide that they are going to sit by this guy. They sit there, and each has a beer. Then one guy asks him "Are you here on a fishing vacation too? We see you every morning at the pier."

The guy replies "No, I'm here on my honeymoon."

One guy says "Honeymoon!? Don't you think you should be with your bride making love instead of here drinking?"

They guy replies "No, she's got gonorrhea!"

One guy says "Well, you could at least be alone with her, cuddling or SOMETHING!"

The guy says "No, she's got diarrhea too!"

One guy then says "Man, have you even kissed her yet?"

He says "No, she's got pyorrhea too!"

One guy then says "Gonorrhea, diarrhea, pyorrhea! Man, if don't mind me asking, why on earth did you marry her?"

The guy says "Well, she's got worms too, and you know how I love to fish!"
#joke #beer
Joke | Source: Jokes of the day - Used to be Joke rating machine, but this site is dead

As a sergeant in a parachute regiment I took part in several night time exercises. Once, I was seated next to a Lieutenant fresh from Jump School.He was quiet sad looked a bit pale so I struck up a conversation.

He replied, "No, just a bit apprehensive."

I asked, "What's the difference?"

He replied, "That means I'm scared with a university education."

There are two things on earth that are universal: hydrogen and stupidity.

There are two ways to slide easily through life: to believe everything or to doubt everything; both ways save us from thinking.

There has been an alarming increase in the number of things you know nothing about.

There has been opposition to every innovation in the history of man, with the possible exception of the sword.

There is a coherent plan in the universe, though I don't know what it's a plan for.

There is a right way, a wrong way, and my way to do everything.

There is absolutely no substitute for a genuine lack of preparation.

There is always one more bug.

There is always one more idiot than you counted on.

There is no evidence to support the notion that life is serious.

There is nothing so habit-forming as money.

I was like, Damn, do I look homeless? But then I thought about it, and you know what? It could have been my first day of homelessness. You see, because on your first day of homelessness, you dont look that homeless. You dont stink yet, your hairs not matted down, you dont have the imaginary friend -- its day one.
#joke
Joke | Old joke from joke of the day archives - Check out other old jokes Sunday, 24 October 2010

A man decided to march in the holy crusades. Concluding that his wife should wear a chastity belt while he is gone, he locks up her nether regions and gives the key to his best friend. He tells him, "If I do not return within four years, unlock my wife and set her free to live a normal life."

So, the husband leaves on horseback and about a half hour later, he sees a cloud of dust behind him. He waits for it to come closer and sees his best friend. "What's wrong," he asks.

"You gave me the wrong key!"