An insurance rep, a sales assistant and their manager are walking to lunch when they find an old oil lamp.
The rep rubs off some of the grime and a genie comes out in a cloud of smoke. The Genie says, "I only grant 3 wishes, so I will grant one for each of you."
"Dips on the first one!” says the sales assistant. "I relax on a beach in maui, with an endless supply of Sailor Jerry, without a care in the world." All of the sudden there is a poof and a cloud of smoke and the assistant is gone.
The sales rep is amazed and steps up to go next. "I want to be transported to bora bora with an endless supply of Pina Coladas and the love of my life." Instantly the sale rep is gone.
The genie then turns to the manager and says "You're next.”
The manager thinks for a moment and then says, "I want both of them back in the office by noon."
#joke
Joke | Source: Really Funny Jokes - Really Funny jokes, adult jokes, Good jokes, short funny jokes, teacher jokes, affair jokes, kids jokes, doctor jokes, funny pictures

One day a little girl was sitting and watching her mother do the
dishes at the kitchen sink.

She suddenly noticed that her mother had several strands of white hair sticking out in contrast to her brunette head.

She looked at her mother and inquisitively asked, "Why are some of
your hairs white, Mom?"

Her mother replied, "Well, every time that you do something wrong and make me cry or unhappy, one of my hairs turns white."

The little girl thought about this revelation for a while and then said, "Momma, how come ALL of grandma's hairs are white?"

Funny video of the day - Cashier sped as light

Cashier sped as light - Like Boss! - link to page video is posted initially.

Contrary to popular belief, the Titanic didn't hit an iceberg. The ship was off course and ran into Chuck Norris while he was doing the backstroke across the Atlantic.
#joke #short #chucknorris
Joke | Source: Daily Chuck - Daily Chuck Norris Fact

Funny Photo of the day - After 12: Her Wrinkles Look Kinda Suspicious One day a little girl was sitting and watching her mother do the
dishes at the kitchen sink. She suddenly noticed that her mother had several
strands of white hair sticking out in contrast to her brunette head.
She looked at her mother and inquisitively asked, "Why are some of
your hairs white, Mom?" Her mother replied, "Well, every time that you do something wrong and make me cry or unhappy, one of my hairs turns white."
The little girl thought about this revelation for a while and then said,
"Momma, how come ALL of grandma's hairs are white?"

I told my girlfriend last nigh...

I told my girlfriend last night how much I loved her, and she said that I must have been out drinking again.

I asked her why she would say that, and she said, "Because I'm your father."
#joke #short
Joke | Source: Jokes of the day - Used to be Joke rating machine, but this site is dead 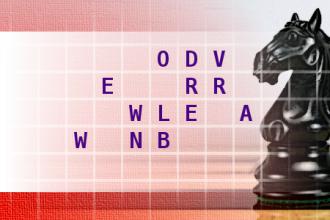 He starts out raw as grapes, and it's a woman's job to stomp on him and keep him in the dark until he matures into something she'd like to have dinner with.

A girl goes into the doctor's office for a checkup. As she takes off her blouse, he notices a red 'H' on her chest.

"How did you get that mark on your chest?" asks the doctor. "Oh, my boyfriend went to Harvard and he's so proud of it he never takes off his Harvard sweat shirt, even when we make love," she replies.

A couple of days later, another girl comes in for a checkup. As she takes off her blouse, he notices a blue 'Y' on her chest. "How did you get that mark on your chest?" asks the doctor.

"Oh, my boyfriend went to Yale and he's so proud of it that he never takes off his Yale sweat shirt, even when we make love," she replies. A couple of days later, another girl comes in for a checkup. As she takes off her blouse, he notices a green 'M' on her chest. "Do you have a boyfriend at Michigan?" asks the doctor.

"No, but I have a girlfriend at Wisconsin, Why do you ask?"

Three sons left home, went out on their own and prospered. They discussed the gifts they were able to give their elderly mother.
The first said: "I built a big house for our mother."
The second said: "I sent her a Mercedes with a driver."
The third said: "You remember how our mother enjoys reading the Bible. Now she can't see very well. So I sent her a remarkable parrot that recites the entire Bible. It took elders in the church 12 years to teach him. Mama just has to name the chapter and verse and the parrot recites it."
Soon thereafter, their mother sent out her letters of thanks. "William," she said, "the house you built is so huge. I live only in one room, but I have to clean the whole house.
"Arnold," she said, "I am too old to travel. I stay most of the time at home so I rarely use the Mercedes. And that driver is so rude! He's a pain!"
"But David," she said, "the chicken was delicious!"

I made the mistake of moving in with a hippie. Hippie roommate -- horrible mistake. Apparently, when they say peace and love, what they really mean is filthy and annoying.
#joke #short
Joke | Old joke from joke of the day archives - Check out other old jokes Tuesday, 09 November 2010

At a party, a guy approached a girl and whispered something in her ear.

"You filthy pervert!!" she shrieked. "What makes you think I'd let you do a thing like that to me?"

Then her eyes narrowed and she said, "Unless you're the son-of-a-bitch that stole my diary!"
#joke

Joke | Old joke from joke of the day archives - Check out other old jokes Sunday, 09 November 2008

says, "Let's play a game." She looks at him and tells him the

she doesn't want to and she just wants to sleep, but he keeps

bugging her until she agrees.

asks, "Who was the last person to sign the Declaration of

She quietly hands over a $5 bill. She asks, "What goes up a

hill with 4 legs and down with 5? He has no idea so he gives

The blonde turns back around and goes back to sleep.

Not 2 seconds later, he wakes her back up and asks, "What

Quietly, she reaches into her purse and gives the guy a

Is There a Doctor in the House?

The wife of a Las Vegas doctor telephoned a local casino and asked to have her husband paged.

"Sorry, Madam," came the reply, "but the house does not make doctor calls."