A duck went into a bar and asked for some crackers. The waiter said no.

The next day he came into the bar and asked for crackers again. The waiter said no, again.

The next day he came in again and asked for crackers. The waiter said no.

The next day the waiter said if you ask for crackers one more time, I will nail your beak to the counter.

The next day the duck asked if the waiter had any nails. "No," said the waiter.

The duck then asked "Do you have any crackers?"

Thinking of becoming a superhero? Here are some useful pointers.
1. Don't call yourself by your real name, e.g. Ms. Jenny Pinchuck, The Amazing Stevie Foster.
2. Don't call yourself by someone else's real name, e.g. Mr. Teddy Kennedy, Captain Dean Martin.
3. Choose a name that suggests power, heroism and prowess, e.g. Captain Power, Thunderman, Mr. Invincible, Justiceman.
4. Don't be too modest, e.g. Mr. Pretty Good, Captain So-So, Fairly Incredibleman.
5. But don't labor the point, e.g. Mr. So-Powerful-Don't-Even-Think-About-It-Buddy.
6. Don't choose a name detrimental to your crime fighting image, e.g. Captain Spongecake, Mr. Silly, Yellow Streak, Purple Slippers, Captain Evil
7. Don't choose the name of an existing Superhero unless you have lots of money and enjoy fighting litigation instead of supervillains.
8. It's no use calling yourself Captain Invincible if your only power is self-control over Hostess Twinkies and you suffer from a congenial hole-in-the-heart condition. It's just asking for trouble.
9. Don't call yourself the Invisible Boy if you're not.
10. Don't call yourself the Invisible Boy if you're a girl.
11. Don't call yourself the Invisible Lady if you're a man - even if you do feel like a woman trapped in a man's body.
12. Don't give away important information in your name, e.g. The Glass Jaw, Captain Vulnerable-to-Strontium 90.
#joke
Joke | Source: Really Funny Jokes - Really Funny jokes, adult jokes, Good jokes, short funny jokes, teacher jokes, affair jokes, kids jokes, doctor jokes, funny pictures

Funny video of the day - Bizzle gets some Dunkers.

Bizzle gets some Dunkers. - Bizzle having himself a quick snack. - link to page video is posted initially.

Chuck Norris once shot an enem...

I went out with a tranny. It was great. By the end, I felt ex-Stacey.
#joke #short
Joke | Source: Pun Gents - Daily Jokes, One-liners, Groaners, Puns of the day :: Puns on Demand :: Punshine Girls and Boys!

Funny Photo of the day - It’s Just a Tumor It’s Just a Tumor | Source : This is Photobomb - Photojackers of the World Unite!

A head-on collision occurred b...

A head-on collision occurred between a man and a woman. Both emerged from the scene intact while their cars were totally demolished. The woman said, "This is quite a predicament. We should drink a toast to celebrate this miracle." The man replied, "What a great idea; I just happen to have a bottle with me." With this he handed it to the man. The man downed half the bottle and handed it back. The woman would not take it back and said, "I think I will wait until after the police arrive to celebrate."
#joke
Joke | Source: A joke a day - Free Jokes of the Day Clean Funny Jokes via Email, Humor and Entertainment


These are reputedly real answers to questions on science tests.
When you smell an odorless gas, it is probably carbon monoxide.
Water is composed of two gins, oxygin and hydrogin. Oxygin is pure gin. Hydrogin is gin and water.
Nitrogen is not found in Ireland because it is not found in a free state.
When you breathe, you inspire. When you do not breathe, you expire.
Three kinds of blood vessels are arteries, vanes, and caterpillars.
Before giving a blood transfusion, find out if the blood is affirmative or negative.
The moon is a planet just like the Earth, only it is even deader.
The pistol of a flower is its only protection against insects.
A fossil is an extinct animal. The older it is, the more extinct it is.
For fainting: Rub the person's chest, or, if it's a lady, rub her arm above the hand. Or put her head between the knees of the nearest medical doctor.
Equator: a menagerie lion running around Earth through Africa.
Rhubarb: a kind of celery gone bloodshot.
The skeleton is what is left after the insides have been taken out and the outsides have been taken off. The purpose of the skeleton is so that there is something to hitch the meat to.
To remove dust from the eye, pull the eye down over the nose.
The body consists of three parts - the brainium, the borax and the abominable cavity. The brainium contains the brain. The borax contains the heart and lungs, and the abominable cavity contains the bowels, of which there are five - A, E, I, O, and U. 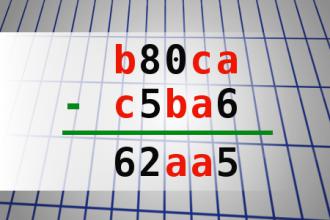 Here is this guy who really takes care of his body; he lifts weights and jogs five miles every day.

One morning, he looks into the mirror and admires his body. He notices that he is really sun tanned all over except one part and he decides to do something about it.

He goes to the beach, completely undresses and buries himself in the dand except for the one part sticking out.

Two little old ladies are strolling along the beach and one looks down and says, "There really is no justice in this world."

The other little old lady says, "What do you mean?"

The first little old lady says, "Look at that."

When my husband and I arrived at an automobile dealership to pick up our car, we were told the keys had been locked in it. We went to the service department and found a mechanic working feverishly to unlock the driver's side door. As I watched from the passenger side, I instinctively tried the door handle and discovered that it was unlocked. “Hey,” I announced to the technician, “it's open!” To which he replied, “I know — I already got that side.”
#joke
Joke | Source: Joke Diary - Really Funny Jokes Daily

The third verse of Blessed Assurance will be sung without musical accomplishment.
Next Sunday, Mrs. Vinson will be soloist for the morning service. The pastor will then speak on "It's a Terrible Experience."
The â€œOver 60s Choirâ€ will be disbanded for the summer with the thanks of the entire church.
The music for today's service was all composed by George Friedrich Handel in celebration of the 300th anniversary of his birth.
The concert held in Fellowship Hall was a great success. Special thanks are due to the minister's daughter, who labored the whole evening at the piano, which fell upon her.
22 members were present at the church meeting held at the home of Mrs. Marsha Crutchfield last evening. Mrs. Crutchfield and Mrs. Rankin sang a duet, â€œThe Lord Knows Why.â€
A song fest was hell at the Methodist church Wednesday.
Next Thursday there will be tryouts for the choir. They need all the help they can get.
On Wednesday, the Ladies' Liturgy Group will meet. Mrs. Johnson will sing, "Put Me in My Little Bed," accompanied by the Pastor.
We have received word of sudden passing of Rev. Smith this morning during the worship service. Now let's sing "Praise God from Whom All Blessings Flow."
A song listed in the Church Bulletin at the Nazarene Church in Little Rock, Arkansas; in connection with a sermon on God's mantle..."Let's God Mangle Fall on Me."
This evening at 7 pm there will be a hymn sing in the park across from the church. Bring a blanket and come prepared to sin.
Today's Sermon: â€œHow Much Can a Man Drink?â€ With hymns from a full choir.
- Joke shared on Beliefnet's Religious Humor page

A Sunday school class studying the Ten Commandments. They were ready to discuss the last one.

The teacher asked if anyone could tell her what it was.

Susie raised her hand, stood tall, and quoted, "Thou shall not take the covers off the neighbor's wife."
#joke #short

Joke | Old joke from joke of the day archives - Check out other old jokes Saturday, 20 December 2008

Q. What's the name of a face lotion developed for Jewish women?
A. Oil of Oy Vey
- Joke shared by Beliefnet member BeliefnetSabee

Recently scientists revealed that beer contains small traces of female hormones.
To prove their theory, the scientists fed 100 men twelve bottles of beer each. The scientists observed that 100% of the male test group gained weight, talked excessively without making sense, became emotional, and couldn't drive.
No further testing is planned.