A spokesperson for the U.S. Mint announced that a new fifty-cent piece was being issued to honor two great American patriots.

On one side of the coin would be Teddy Roosevelt and on the other side, Nathan Hale.

Asked why two people were going to be on the same coin, the spokesman replied, "Now, when you toss a coin you can simply call.... 'Ted's or Hale's'."

Something my dog does when wearing pants - Do not try this at home - link to page video is posted initially.

Chuck Norris originally appeared in the "Street Fighter II" video game, but was removed by Beta Testers because every button caused him to do a roundhouse kick. When asked about this "glitch," Chuck replied, "That's no glitch."
#joke #short #chucknorris
Joke | Source: Daily Chuck - Daily Chuck Norris Fact

Funny Photo of the day - Failbook: A Comedy of Errors

Shut Up and Trouble were walki...

A man and his dog walk into a bar. The man proclaims, "I'll bet you a round of drinks that my dog can talk."

Man: "What covers a house?"

Man: "How does sandpaper feel?"

Man: "Who was the greatest ball player of all time?"

The bartender, annoyed at this point, throws both of them out the door. Sitting on the sidewalk, the dog looks at the guy and says, "or is the greatest player Mantle?" 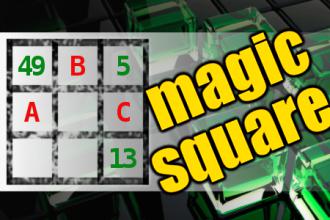 Once there was a man with an extremely large penis, but, unfortunately, he also had a terrible stuttering problem, so he could never get a girlfriend. So he went to the doctor one day and said to him that he wanted something done about his stutter. The doctor replied that he would have to take off his penis to relieve him of the stutter. After a while the man agreed and had his penis removed.

After the operation he was a smooth talker, but now he couldn't get laid because he had no penis. So he returned to the doctor and tells him he would like to have his penis back, because he has a better chance of getting laid with a stutter than with no penis.

A chicken and an egg are lying in bed. The chicken is smoking a cigarette with a satisfied smile on its face and the egg is frowning and looking a bit pissed off. The egg mutters, to no-one in particular, "Well, I guess we answered THAT question!"

Can you imagine if you had a pair of shoes that you could only walk in? That could be kind of limiting under certain circumstances. Everybody get outta here! Theres a swarm of bees coming! What? Oh great, I got my walking shoes on today. I guess I better stroll the hell out of here at a moderate pace.
#joke
Joke | Old joke from joke of the day archives - Check out other old jokes Wednesday, 29 December 2010

The doctor took his patient into the room and said, "I have some good news and some bad news."
The patient said, "Give me the good news."
"They're going to name a disease after you."
#joke #short #doctor
Joke | Old joke from joke of the day archives - Check out other old jokes Tuesday, 29 December 2009