You may have heard the following story with Bernard Shaw but you might not have noticed its relevance to insurance.
In a party, Shaw asked a dazzling lady:
'Madam, I'm quite enchanted by your beauty. Would you be willing to spend one night with me if I offered one million dollars?'
After some initial hesitation the lady admitted that she couldn't resist the offer.
Then Shaw asked, 'How about one hundred dollar'?
The lady got very upset. 'What do you think about me?', she yelled. 'Do I look like as someone with so questionable morals?'
'Lady,' Mr. Shaw answered, 'I think, we have agreed upon that, and the only thing to clarify now is the price.'
#joke
Joke | Source: Really Funny Jokes - Really Funny jokes, adult jokes, Good jokes, short funny jokes, teacher jokes, affair jokes, kids jokes, doctor jokes, funny pictures

Billy and John were given a to...

Billy and John were given a toboggan for their birthday.

After they had been out playing in the snow, Billy was in tears.

Now, John, said his father, I told you to let Billy use the toboggan half the time.

Funny video of the day - 2 year old dancing the jive

2 year old dancing the jive - Can you do the same? - link to page video is posted initially.

A couple is in bed sleeping when there's a rat-a-tat-tat on the door.

The husband rolls over and looks at the clock, and it's half past 3 in the morning.” I’m not getting out of bed at this time,” he thinks, and rolls over. Then, a louder knock follows. So he drags himself out of bed, goes downstairs, opens the door, and there's a man standing there. It didn't take the homeowner long to realize the man was drunk.

“Hi there,” slurs the stranger, “Can you give me a push?” “No, get lost. It's half past three and I was in bed,” says the man as he slams the door. He goes back up to bed and tell his wife what happened and she says, “That wasn't very nice of you. Remember that night we broke down in the pouring rain on the way to pick the kids up from the baby-sitter and you had to knock on that man's house to get us started again? What would have happened if he'd told us to get lost?”

“But the guy was drunk,” says the husband.

“It doesn't matter,” says the wife.” He needs our help and it would be the Christian thing to help him.” So the husband gets out of bed again, gets dressed, and goes downstairs.

He opens the door, and not being able to see the stranger anywhere,

And he hears a voice cry out, “Yeah, please.”

So, still being unable to see the stranger he shouts, “Where are you?” The drunk replies, “Over here, on the swing.”

They say Marilyn Monroe had a ...

Funny Photo of the day - Bar-B-Kludge Bar-B-Kludge | Source : There I fixed it - photos of ur handiwork!

A 17th Century captain was sailing along with his crew when a pirate ship came over the horizon. The captain says, "Cabin boy, get me my red shirt." So, he gets his red shirt and they victoriously battle the pirates. Several days later, they spot another pirate ship off the port bow. "Cabin boy," says the captain "get me my red shirt." They again battle the pirates and are victorious. Later when things had settled down, the cabin boy asks, "Captain, why do you always want your red shirt just prior to battle?" The captain responds, "Well, in case I am inflicted with a wound, I don't want the crew to see my injury and lose spirit." "I see," says the cabin boy. A few days later, they sight 20 pirate in the distance the captain yells out, "Cabin boy, get me my brown pants."
#joke
Joke | Source: A joke a day - Free Jokes of the Day Clean Funny Jokes via Email, Humor and Entertainment

When you say "no one's perfect", Chuck Norris takes it as a personal insult.
#joke #short #chucknorris
Joke | Old joke from joke of the day archives - Check out other old jokes Sunday, 04 September 2011 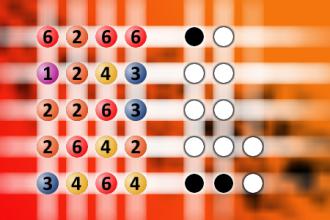 I bought a plunger the other day. You ever bought a plunger? Its an embarrassing purchase. At first, you think its no big deal. Stand in the line, swinging it. And then you realize everybody knows; you got a situation at home. Nobody buys a plunger on a whim.
#joke #short
Joke | Old joke from joke of the day archives - Check out other old jokes Tuesday, 30 August 2011

Q. What's the name of a face lotion developed for Jewish women?
A. Oil of Oy Vey
- Joke shared by Beliefnet member BeliefnetSabee