Q: What does every woman call an intelligent, attractive, caring, loving and sensitive man?

Middle age is when you are warned to slow down by a doctor instead of a policeman.

A clean desk is a sign of a cluttered desk drawer.

Anything worth taking seriously is worth making fun of.

To sit alone with my conscience will be judgment enough for me.

An escalator never breaks . . . it only becomes stairs

When you get older, lack of pep is often mistaken for patience.

The secret of success is to know something nobody else knows.

What will today's younger generation tell their children they had to do “without”?

If you're doing the speed limit, you're in the way.

18 out of 10 schizophrenics agree

It's not an optical illusion. It just looks like one.

Bumper Sticker: Excuse me for driving so closely in front of you.

Today is the last day of your life, so far.

No man really becomes a fool until he stops asking questions.

People never grow up; they just learn how to act in public.

One half of the world will never understand the other half and it doesn't matter which half you're in.

I've discovered the whole problem with the National Debt. Most of us work 5 days a week and the government spends 7.

You'll notice that a turtle only makes progress when it sticks out its neck.

No matter how bad it gets, I'm rich at the dollar store.

The tongue must be heavy indeed, because so few people can't hold it.

The minute a man is convinced that he is interesting, he isn't.

If you want to know more about paranoids, follow them around.

Anything not nailed down is a cat toy.

The reason Las Vegas is so crowded is that no one has the plane fare to leave. Sunday Bunday: Soon | Source : This is Photobomb - Photojackers of the World Unite! 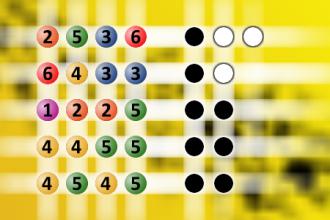 about 3:30 in the morning, a wife wakes up to find she is alone in the bed and she can hear her husband crying uncontrollably. She gets up and starts to look for him. He's not in the bathroom, living room, or in the kitchen. As she passes the laundry room, she hears his faint sniffels coming from the basement. She turns on the light and goes downstairs to find him. Finally, she finds him huddled in the corner, rolled up into a ball, and crying hysterically. She runs over to him and asks why he is crying. He says, "Do you remember when we got married twenty (20) years ago?" She looks at him and says, "yes". He says, "well, a couple of months before, your dad said that I could marry you or go to jail." She says, "I already know that. I don't see what the problem is." He says, " don't you see!!! I would have gotten out today!"
#joke
Joke | Old joke from joke of the day archives - Check out other old jokes Sunday, 07 March 2010

Sister Mary Ann, who worked for a home health agency, was making her rounds. She was visiting homebound patients when she ran out of gas.
As luck would have it, a gas station was just a block away. She walked to the station to borrow a gas can and buy some gas. The attendant told her that the only gas can he owned had been loaned out, but she could wait until it was returned
Since Sister Mary Ann was on the way to see a patient, she decided not to wait and walked back to her car. She looked for something in her car that she could fill with gas and spotted the bedpan she was taking to the patient. Always resourceful, Sister Mary Ann carried the bedpan to the station, filled it with gasoline, and carried the full bedpan back to her car.
As she was pouring the gas into her tank, two Baptists watched from across the street. One of them turned to the other and said, "If it starts, I'm becoming Catholic."

The other night, I was invited out for a night with "the girls." I told my husband that I would be home by midnight. "I promise," were my last words.

The hours passed and the margaritas went down way too easily and around 3 a.m. we piled into a cab and headed to our respective homes, quite inebriated.

Just as I walked through the door, the cuckoo clock in the hall started up and cuckooed 3 times!

Realizing that my husband would probably wake up to this, I quickly cuckooed another 9 times. I was quit pleased with myself for coming up with such a quick witted solution to cover up my tardiness. Even with my impaired judgment, I could count 3 cuckoos plus 9 cuckoos equaled 12 cuckoos!

The next morning, my husband asked me what time I got in, and confidently, I replied, "Midnight...like I promised." He didn't even raise and eyebrow and went on reading the morning paper! Phew! Got away with that one!

After a moment, he then replied, "I think we might need a new cuckoo clock."

A bit nervously, I asked him why, to which he responded:

One day in the Garden of Eden, Eve calls out to God, "Lord, I have a problem!"

"Lord, I know you've created me and have provided this beautiful garden and all of these wonderful animals, and that hilarious comedy snake, but I'm just not happy."

"This man will be a flawed creature, with aggressive tendencies, an enormous ego and an inability to empathize or listen to you properly. All in all, he'll give you a hard time. But, he'll be bigger and faster and more muscular than you. He'll be really good at fighting and kicking a ball about and hunting fleet-footed ruminants, and not altogether bad in the sack."

"Yeah, well. He's better than a poke in the eye with a burnt stick. But, you can have him on one condition."

"You'll have to let him believe that I made him first."
#joke
Joke | Old joke from joke of the day archives - Check out other old jokes Sunday, 08 May 2011