The French philosopher Jules Henri Poincaré was relaxing in a cafe when he a waitress approached him and asked, "Can I get you something, Monsieur Poincaré?"
Poincaré replied, "Yes, I'd like a cup of coffee with sugar, but no cream".
The waitress returned after a few minutes and said, "I'm sorry, Monsieur Poincaré, we are all out of cream - how about with no milk?"
#joke
Joke | Source: Really Funny Jokes - Really Funny jokes, adult jokes, Good jokes, short funny jokes, teacher jokes, affair jokes, kids jokes, doctor jokes, funny pictures

Dad's pager went off, summoning him to the hospital, where he is an anesthetist. As he raced toward the hospital, a patrol car sped up behind him–lights flashing.

Dad hung his stethoscope out the window to signal that he was on an emergency call.

Within seconds, came the police officer's hand in response, dangling a pair of handcuffs out the window.

Funny video of the day - Opening Beer with Chainsaw

Opening Beer with Chainsaw - No beer opener around? No problem! - link to page video is posted initially.

Q. How many programmers does i...

Q. How many programmers does it take to change a light bulb?
A. None. That's a hardware issue.

Funny Photo of the day - The Schwinntendo 64 The Schwinntendo 64 | Source : There I fixed it - photos of ur handiwork!

Q. Why was the fly dancing on the jam jar?

A. Because on the lid it said, "Twist to open." 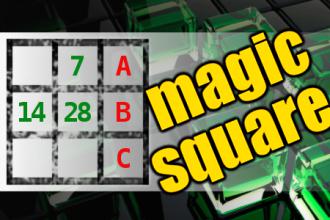 Rabbi in the Catholic Hospital

Rabbi Levy had to spend time in a Catholic hospital. He became friends with the Sister who was a nurse there. One day, she came into his room and noticed that the crucifix on the wall was missing. She asked him good-naturedly, "Rabbi, what have you done with the crucifix?"
"Oh, sister," chuckled Rabbi Levy, "I just figured one suffering Jew in this room was enough."


Q: What do you call a drug ring in Dallas?
A: A huddle.
Q: Four Dallas Cowboys in a car, who's driving?
A: The police.
Q: Why can't Michael Irvin get into a huddle on the field anymore?
A: It is a parole violation for him to associate with known felons.
The Dallas newspapers reported yesterday that Texas Stadium is going to take out the artificial turf because the cowboys play better on "grass."
The Dallas Cowboys adopted a new "Honor System", Yes your Honor, No your Honor.
The Cowboys had a 12 and 5 season this year, 12 arrests, 5 convictions.
The Cowboys knew they had to do something for their defense, so they hired a new defensive coordinator: Johnny Cochran
Q: How do the Dallas Cowboys spend their first week at spring training?
A: Studying their Miranda Rights.