Lance, the lawyer: Have you lived in this town all your life?

Vinnie, the witness: Not yet.
----
Lance, the lawyer: Any suggestions as to what prevented this from being a murder trial instead of an attempted murder trial?

Vinnie, the witness: The victim lived.
----
Lance, the lawyer: Are you qualified to give a urine sample?

Vinnie, the witness: Yes, I have been since early childhood.

----
Lance, the lawyer: Did you tell your lawyer that your husband had offered you indignities?
Vinnie, the witness: He didn't offer me anything; he just said I could have the furniture.

A Sunday school teacher was di...

A Sunday school teacher was discussing the Ten Commandments with her five and six year olds. After explaining the commandment to "honor thy father and thy mother," she asked, "Is there a commandment that teaches us how to treat our brothers and sisters?"

Without missing a beat one little boy answered, "Thou shall not kill."

Maurice an 82 year-old man went to the doctor for his physical.
A few days later the doctor saw Maurice walking down the street with a gorgeous young lady on his arm.
A couple of days later do doctor spoke to Maurice and said, “You’re really dong great, aren’t you?”
Maurice replied, “Just doing what you said, Doc: “Get a hot mamma and be cheerful.”
The doctor said, “I did not say that. I said, “You got a heart murmur. Be careful.”

Funny Photo of the day - Do You Need a Bike? Do You Need a Bike? - Bike for everyone | Source : Jokes of The Day - By Jokes of the day visitor

A blonde was playing Trivial Pursuit one night. When it was her turn, she rolled the dice and she landed on "Science & Nature".

Her question was, "If you are in a vacuum and someone calls your name, can you hear it?

She thought for some time and then asked, "Is it on or off?"

Sheng Wang: Man With a Comb Over

If you can show me a man with a comb over, I can show you a man who thinks that by crushing a bag of chips, you make more chips.
#joke #short
Joke | Source: Comedy Central: Jokes - Jokes provided daily from Comedy Central's archive. 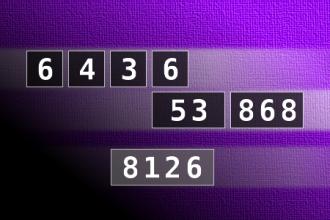 God offered Chuck Norris the gift to fly, which he swiftly declined for super strength roundhouse ability.
#joke #short #chucknorris
Joke | Old joke from joke of the day archives - Check out other old jokes Wednesday, 11 May 2011

Leaves of the Book

A little boy opened the big Bible. He was fascinated as he fingered through the old pages. Suddenly, something fell out of the Bible. He picked up the object and looked at it. What he saw was an old leaf that had been pressed in between the pages. "Mama, look what I found!" the boy called out.
"What have you got there, dear?"
With astonishment in the young boy's voice, he answered, "I think it's Adam's underwear!"

It was Christmas and the judge was in a merry mood as he asked the prisoner,"What are you charged with?"

"That's no offense", said the judge. "How early were you doing this shopping?"

"Before the store opened."

I could never be a serial killer because Im way too lazy to follow a pattern. I used to murder women that look like Grandmother but now -- mostly delivery men.
#joke #short
Joke | Old joke from joke of the day archives - Check out other old jokes Saturday, 04 June 2011

The sun sets from fear of Chuc...