An employee at a business firm gets to travel to Japan to meet executives from the company's foreign branch. He's single and is really excited to hook up with some beautiful Asians. He goes to the meeting and listens to a linguist who translates all their words for him.

After the meeting he goes out and hooks up with a lovely young lady. Things go very well and he ends up going to her place that night.

They dim the lights and do the deed. The whole time she's moaning and shouting: "Fuka ana!" She seems really into it so he goes all out giving it to her all night long.

The next day he goes to a golf game with the Japanese executives. He makes a very nice chip shot then decides he's going to try to impress the executives. He shouts: "Fuka ana!" The linguist then turns to him and says: "No that's the right hole."

I used to work in an art supply store. We sold artists' canvas by the yard, and you could get it in either of two widths: 36 inches or 48 inches.

Customer: “Can you please cut some canvas for me?”

Me: “Certainly, what width?”

A group of Americans was touring Ireland. One of the women in the group was a real curmudgeon, constantly complaining. The bus seats are uncomfortable.The food is terrible. It's too hot. It's too cold. The accommodations are awful.

The group arrived at the site of the famous Blarney Stone. "Good luck will be followin' ya all your days if you kiss the Blarney Stone,"he guide said. "Unfortunately, it's being cleaned today and so no one will be able to kiss it. Perhaps we can come back tomorrow."

"We can't be here tomorrow," the nasty woman shouted. "We have some other boring tour to go on. So I guess we can't kiss the stupid stone."

"Well now," the guide said, "it is said that if you kiss someone who has kissed the stone, you'll have the same good fortune."

"And I suppose you've kissed the stone," the woman scoffed.

Funny Photo of the day - WIN!: Ponder That WIN A guy has been asking the prettiest girl in town for a date and finally she agrees to go out with him.

He takes her to a nice restaurant and buys her a fancy dinner with expensive wine.

On the way home, he pulls over to the side of the road in a secluded spot.

They start necking and he's getting pretty excited. He starts to reach under her skirt and she stops him, saying she's a virgin and wants to stay that way.

"Yuck!" she screams. "I'm not putting that thing in my mouth!"

"Well," he answers, "remember when you were a kid and you used to shake up a Coke bottle and spray your brother with it?"

So, he pulls it out and she grabs hold of it and starts shaking it.

A few seconds later, his head flops back on the headrest, his eyes close, snot starts to run out of his nose, wax blows out of his ear and he screams out in pain.

"Take your thumb off the end!!" 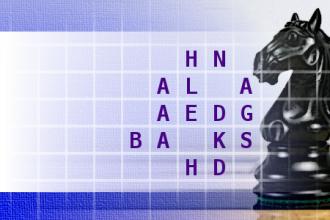 Find the country and its capital city, using the move of a chess knight. First letter is B. Length of words in solution: 10,5.
CHECK ANSWER
Brain Teasers, puzzles, riddles, mathematical problems, mastermind, cinemania...

If you spell Chuck Norris in S...

If you spell Chuck Norris in Scrabble, you win. Forever.
#joke #short #chucknorris
Joke | Old joke from joke of the day archives - Check out other old jokes Saturday, 19 November 2011

One day this guy named Dan was sitting in class next to a really hot girl named Jen. He was a dork but had a huge chrush on Jen. Dan wanted to tell her about his chrush on her but didn't know how to. So he said "Are your boobs so hard that when you touch them your fingers start bleeding?"

The thing I hate the most about the subway is every time I get off the train and Im trying to get out of the station and back up to the street, I end up getting stuck behind these really slow people on the stairs. It happens to me every time I take the subway. Its been happening to me for years. And my question is this: how the hell do they keep beating me to the stairway?
#joke
Joke | Old joke from joke of the day archives - Check out other old jokes Friday, 08 July 2011


There was a man who said, "I never knew what happiness was until I got married...and then it was too late!"
Love is one long sweet dream, and marriage is the alarm clock.
They say when a man holds a woman's hand before marriage, it is love; after marriage, it is self-defense.
When a newly married man looks happy, we know why. But when a ten-year married man looks happy, we wonder why.
There was this lover who said that he would go through hell for her. They got married, and now he is going through hell.
A Code of Honor: Never approach a friend's girlfriend or wife with mischief as your goal. There are just too many women in the world to justify that sort of dishonorable behavior. Unless she's really attractive. -- Bruce Friedman
A coward is a hero with a wife, kids, and a mortgage. -- Marvin Kitman
A gentleman is one who never swears at his wife while ladies are present.
A husband is living proof that a wife can take a joke.
A husband is what's left of the lover after the nerve has been extracted. -- Helen Rowland

A Howard County Policeman broke up a young couple in the act of lovemaking on a pathway in Columbia.

The girl berated the officer long and loud with a barrage of obscenities.

The boy was silent throughout the confrontation.

The officer arrested them both anyway.

The girl was charged with disorderly conduct, the boy with having an offensive person on his weapon.