When I bought my daughter a bigger bicycle, she insisted on parking it next to her small old cycle.
She said, "The big one is the daddy of the small cycle - wait, I have a name for it - Popcycle."
#joke #short
Joke | Source: Really Funny Jokes - Really Funny jokes, adult jokes, Good jokes, short funny jokes, teacher jokes, affair jokes, kids jokes, doctor jokes, funny pictures

This guy was pulled over for r...

This guy was pulled over for running a stop sign. When the cop checked the man's driver's license, he said, "You're wearing glasses on your ID and you're not now. I'm going to have to give you a ticket."
The guy said, "Officer, I have contacts."
The cop said, "Look, buddy, I don't care who you know ... I'm giving you a ticket."

A very shy guy goes into a bar and sees a beautiful woman sitting at thebar. After an hour of gathering up his courage he finally goes over to herand asks, tentatively, "Um, would you mind if I chatted with you for awhile?"
She responds by yelling, at the top of her lungs, "No, I won't sleep withyou tonight!" Everyone in the bar is now staring at them.
Naturally, the guy is hopelessly and completely embarrassed and he slinksback to his table.
After a few minutes, the woman walks over to him and apologizes. Shesmiles at him and says, "I'm sorry if I embarrassed you. You see, I'm agraduate student in psychology and I'm studying how people respond toembarrassing situations."
To which he responds, at the top of his lungs, "What do you mean $200?"
#joke
Joke | Source: Laughspot - Free Daily Jokes, Ecards, & Games

A man is skydiving, enjoying his free-fall, when he realizes that he has reached the altitude where he must open his parachute. So he pulls on the rip cord, but nothing happens.

“No problem,” he says to himself, “I still have my emergency chute.” So he pulls the rip cord on his emergency parachute, and once again, nothing happens.

Just then he sees a man flying up from the earth toward him. He can't figure out where this man is coming from, or what he's doing, but he thinks to himself, “Maybe he can help me. If he can't, then I'm done for.”

When the man gets close enough to him, the skydiver cups his hands and shouts down, “Hey, do you know anything about parachutes?”

The other man replies, “No! Do you know anything about gas stoves?”

Funny Photo of the day - Come at Me, Zombro! Come at Me, Zombro! | Source : There I fixed it - photos of ur handiwork!

This guy was pulled over for r...

This guy was pulled over for running a stop sign. When the cop checked the man's driver's license, he said, "You're wearing glasses on your ID and you're not now. I'm going to have to give you a ticket."
The guy said, "Officer, I have contacts."
The cop said, "Look, buddy, I don't care who you know, ... I'm giving you a ticket."
#joke
Joke | Source: A joke a day - Free Jokes of the Day Clean Funny Jokes via Email, Humor and Entertainment

A husband and wife were at a party chatting with some friends when the subject of marriage counseling came up.

"Oh, we'll never need that. My husband and I have a great relationship," the wife explained. "He was a communications major in college, and I majored in theater arts. He communicates really well, and I just act as if I'm listening." 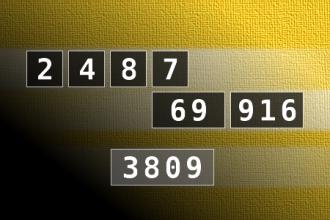 How do you know when a blonde's been sending e-mail?

Envelopes in the disk drive.

Neal Brennan: Shut It Down

A woman in a hot air balloon realized she was lost.
She reduced altitude and spotted a man below. She descended a bit more and shouted: 'Excuse me, can you help me? I promised a friend I would meet him an hour ago but I don't know where I am..'
The man below replied, 'You're in a hot air balloon hovering approximately 30 feet above the ground. You're between 40 and 41 degrees north latitude and between 59 and 60 degrees west longitude.'
'You must be an Engineer,' said the balloonist.
'I am,' replied the man, 'how did you know?'
'Well,' answered the balloonist, 'everything you have told me is probably technically correct, but I've no idea what to make of your information and the fact is, I'm still lost. Frankly, you've not been much help at all. If anything, you've delayed my trip by your talk.'
The man below responded, 'You must be in Management.'
'I am,' replied the balloonist, 'but how did you know?'
'Well,' said the man, 'you don't know where you are or where you're going. You have risen to where you are, due to a large quantity of hot air. You made a promise, which you've no idea how to keep, and you expect people beneath you to solve your problems. The fact is you are in exactly the same position you were in before we met, but now, somehow, it's my f**king fault.'

How to Produce Ugly Children

You cant deny the faith of these people that we fight: its absolute. They believe that if they kill themselves, theyll be met in heaven with 70-some-odd virgins. Imagine that kind of faith -- to think that that would happen, when I havent met one on earth.
#joke #short
Joke | Old joke from joke of the day archives - Check out other old jokes Tuesday, 12 July 2011

A guy did system support in a law firm. One day, he had to

log a user off and then back on. He entered her initials and

After three tries and the system telling him "access

denied," he asked her how to spell it.

A father and son went hunting together for the first time. The father said "Stay here and be very quiet. I'll be across the field." A little while later the father heard a blood curdling scream and ran back to his son asking, "What's wrong? I told you to be quiet."