A man meets a woman at a bar and asks her

"Would you have sex with me for 10 million dollars?"

Without skipping a beat she screams

The man then asks

She looks at him sideways and says

"We've already established that you are, now we're just negotiating."

Jenine, a curvy blonde enters into John's cabin and says to her boss, "John, I'm afraid I've bad news for you."
John staring at his secretary's curves, replies, "Sweetheart, why do you always have to give me bad news? Give me some good news for a change."
Jenine replies, "Well, if you insist, the good news is that you are not sterile....."
#joke #blonde
Joke | Source: Really Funny Jokes - Really Funny jokes, adult jokes, Good jokes, short funny jokes, teacher jokes, affair jokes, kids jokes, doctor jokes, funny pictures

Funny video of the day - This is What Snake Venom Does to Blood!

This is What Snake Venom Does to Blood! - Be aware - link to page video is posted initially.

- Daddy, daddy... Why is it that everyone calls me stupid?
- I don't know kid; I am not your daddy.
#joke #short
Joke | Source: A joke a day - Free Jokes of the Day Clean Funny Jokes via Email, Humor and Entertainment Q. Who is the greatest babysitter mentioned in the Bible?
A. David. He rocked Goliath into a very deep sleep.

A couple of jokes about marriage...

A lady inserted an 'ad' in the classifieds: 'Husband wanted'. Next day she received a hundred letters. They all said the same thing: 'You can have mine.'

A little boy asked his father, 'Daddy, how much does it cost to get married?' And the father replied, 'I don't know son, I'm still paying.' 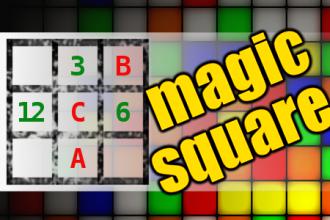 A bloke went to his mate's fancy dress costume party with nothing but a naked girl on his back.

"So what are you supposed to be?" the host asked indignantly.

The exasperated host asked, "How can you be a snail when all you've got is that naked girl on your back?"

A lawyer died and arrived at the pearly gates. To his dismay, there were thousands of people ahead of him in line to see St. Peter. To his surprise, St. Peter left his desk at the gate and came down the long line to where the lawyer was, and greeted him warmly. Then St. Peter and one of his assistants took the lawyer by the hands and guided him up to the front of the line, and into a comfortable chair by his desk. The lawyer said, "I don't mind all this attention, but what makes me so special?" St. Peter replied, "Well, I've added up all the hours for which you billed your clients, and by my calculation you must be about 193 years old!"

A man is skydiving, enjoying his free-fall, when he realizes that he has reached the altitude where he must open his parachute. So he pulls on the rip cord, but nothing happens.

“No problem,” he says to himself, “I still have my emergency chute.” So he pulls the rip cord on his emergency parachute, and once again, nothing happens.

Just then he sees a man flying up from the earth toward him. He can't figure out where this man is coming from, or what he's doing, but he thinks to himself, “Maybe he can help me. If he can't, then I'm done for.”

When the man gets close enough to him, the skydiver cups his hands and shouts down, “Hey, do you know anything about parachutes?”

The other man replies, “No! Do you know anything about gas stoves?”

Its incredibly easy to get. People go to those dispensaries, and they have a laundry list of ailments to give to those doctors that will just sign off on anything. You can pretty much go in there and go, Um, I intermittently blink all day. Sometimes I wake up in the middle of the night, and I have to pee. And scary movies scare me. You need pot, here, take it.
#joke #doctor
Joke | Old joke from joke of the day archives - Check out other old jokes Wednesday, 27 July 2011

On his birthday, Chuck Norris ...

On his birthday, Chuck Norris randomly selects one lucky child to be thrown into the sun.
#joke #short #chucknorris
Joke | Old joke from joke of the day archives - Check out other old jokes Thursday, 14 July 2011

A small town prosecuting barrister called his first witness to the stand in a trial - a attractive middle aged lady. He approached her and asked, "Ms. Jones, do you know me?"

She responded, "I do know you Mr. Leigh. I've known you since you were a young boy. And frankly, you've been a big disappointment to me. You lie, you cheat on your wife, you manipulate people and talk about them behind their backs. You think you're a rising big shot when you haven't the brains to realise you never will amount to anything more than a two-bit paper pusher. Yes, I know you."

The lawyer was stunned. Not knowing what else to do he pointed across the room and asked, "Mrs. Williams, do you know the defence attorney?"

She again replied, "Why, yes I do. I've known Mr. Knowles since he was a youngster, too. I used to baby-sit him for his parents. And he, too, has been a real disappointment to me. He's lazy, bigoted, he has a drinking problem. The man can't build a normal relationship with anyone and his law practice is one of the shoddiest in the entire state. Yes, I know him."

At this point, the judge rapped the courtroom to silence and called both barristers to the bench. In a very quiet voice, he said with menace, "If either of you asks her if she knows me, you'll be jailed for contempt!"

A helicopter was flying around above Seattle yesterday when an electrical malfunction disabled all of the aircraft's electronic navigation and communication equipment. Due to the clouds and haze the pilot could not determine his position or course to steer to the airport. The pilot saw a tall building, flew toward it, circled, drew a handwritten sign and held it in the helicopter's window. T he sign said "WHERE AM I?"

People in the tall building quickly responded to the aircraft, drew a large sign and held it in a building window. Their sign said, "YOU ARE IN A HELICOPTER.'

The pilot smiled, waved, looked at his map and determined the course to steer to SEATAC (Seattle/Tacoma) airport and landed safely.

After they were on the ground, the co-pilot asked the pilot how the "YOU ARE IN A HELICOPTER" sign helped determine their position.

The pilot responded, "I knew that had to be the MICROSOFT building because they gave me a technically correct but completely useless reply.

A Hole in One

A rabbi loved to play golf, but he never seemed to have time. He couldn't play on Shabbat, there was religious school on Sundays, and on days off, something always comes up.
But, amidst all the activity of the High Holidays, he got a very early tee time before services on Yom Kippur.
A passing angel saw him and reported to the Lord. "I'll take care of him," was the casual response, and the angel hurried back to the golf course to watch.On the next hole, the rabbi got a hole in one.
Baffled, the angel returned to question the Lord. "Weren't you going to punish him for playing golf on Yom Kippur, the holiest day on the Jewish calendar?" the angel asked. "He just got a hole in one!"
"I know," replied the Lord. "But who's he going to tell?"

The boss was concerned that hi...

The boss was concerned that his employees weren’t giving him enough respect, so he tried and old fashioned method of persuasion: He brought in a sign that said “I’m the Boss” and taped it to his door. After lunch, he noticed someone had taped another note under his. “Your wife called. She wants her sign back!”
#joke
Joke | Old joke from joke of the day archives - Check out other old jokes Wednesday, 14 July 2010