10 Principles of Household Physics
You will observe that the principles of household physics are as true as every other principle in the universe. See the below examples:
1. A kid's enthusiasm to help in any project varies in inverse proportion to the capability to actually do the work involved.
2. Leftovers always inflate to fill all available containers plus one.
3. A newly cleaned window gathers dust and dirt at double the speed of an unwashed window.
4. The availability of a ballpoint pen is inversely proportional to how badly it is required.
5. The same mess that will fill a one-car garage will also fill a two-car garage.
6. Three children plus two cookies equals a war.
7. The possibility of impending doom is in direct proportion to the number of remote controls divided by the number of viewers.
8. The number of doors not closed varies inversely with the weather and outdoor temperature.
9. The capacity of any water heater equals one and one-half kids showers.
10. If two kids are put in a room full of toys, they will both want to play with the same toy.
#joke
Joke | Source: Really Funny Jokes - Really Funny jokes, adult jokes, Good jokes, short funny jokes, teacher jokes, affair jokes, kids jokes, doctor jokes, funny pictures

Two piggies walk into a bar, get drunk and ask, "Where's the bathroom?"

The bartender points to the door and they rush in.

Two more piggies walk into a bar. They soon get drunk and they ask, "Where's the bathroom?"

The bartender points to the door and they rush in.

One piggy walks into a bar. He gets drunk out of his mind and then heads for the exit.

"Hey, buddy! Do you want know where the bathroom is?" asks the bartender.
"No thanks," the piggy slurs, "I always go WEEWEEWEE all the way home!"

When Chuck Norris goes to dona...

Funny Photo of the day - It is just too hot It is just too hot - go to shade | Source : Jokes of The Day - By Jokes of the day visitor

A cannibal entered the meat ma...

A cannibal entered the meat market to buy something nice for dinner. The owner greeted him and told him to look around. The cannibal began to inspect the meat case and noticed the market specialized in brain.
Upon further inspection he noticed a marked disparity between the costs of brain meats. A carpenter's brain sells for $1.50 per pound. A plumber's brain sells for $2.25 per pound. He noticed with alarm that a politician's brain sells for $375.00 a pound. With not a little curiosity he asked the owner why the huge difference in price between the similar meats.
The owner responded with a deadpan look on his face, "Do you realize how many politicians it takes to get a pound of brains?"

A wife chewed out her husband at the company picnic a while back. "Doesn't it embarrass you that people have seen you go up to the buffet table five times?" 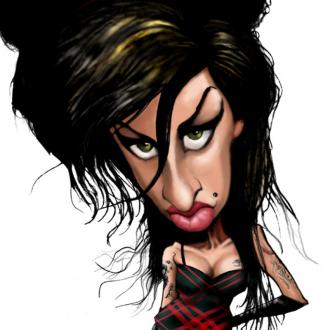 Candidate Bill Clinton: Vowed not to tamper with Social Security

Candidate Bill Clinton: Claimed he had the ability to raise $45 billion by making foreign corporations pay their fair share of U.S. taxes

President Bill Clinton: Modified and lowered his figure to only $11 billion

Candidate Bill Clinton: Promised a guarenteed college education for anyone wanting one

President Bill Clinton: Proposing to spend $98 million--it will only cover 4,800 students in the freshman class at the University of Maryland

President Bill Clinton: Wants to impose the surtax on those with taxable incomes greater than $250,000

Candidate Bill Clinton: Would raise income taxes on families with incomes greater than $200,000

Candidate Bill Clinton: Claimed to be able to reduce the deficit by taxing rich, foreigners, and corporate polluters

President Bill Clinton: Said he cannot reduce the deficit without taxing the elderly, motorists, and farmers

Candidate Bill Clinton: Promised workers he would require their employers to pay for retraining

President Bill Clinton: Wants to keep the wage the same

"I've offered a comprehensive plan to get our economy moving again....It starts with a tax cut on the middle class."

"I want to make it very clear that this middle-class tax cut, in my view, is central to any attempt we're going to make to have a short-term economic strategy."

"From New Hampshire forward, for reasons that absolutely mystify me, the press thought the most important issue in the race was the middle class tax cut. I never did meet any voter who thought that."

"I had hoped to invest in your [the middle class's] future...without asking more of you. And I've worked harder than I've ever worked in my life to meet that goal. But I can't."

"The real mistake he [President Bush] made was the 'read my lips' promise in the first place. You just can't promise something like that just to get elected if you know there's a good chance that circumstances may overtake you."

"We have a structural deficit that is too high. The American people would think I was foolish if I said I will not respond to changing circumstances."

When my printer's type began to grow faint, I called a local repair shop where a friendly man informed me that the printer probably needed only to be cleaned. Because the store charged $50 for such cleanings, he told me, I might be better off reading the printer's manual and trying the job myself.

Pleasantly surprised by his candor, I asked, “Does your boss know that you discourage business?”

“Actually it's my boss's idea,” the employee replied sheepishly. “We usually make more money on repairs if we let people try to fix things themselves first.”

Hes like, Hey, man, where are you from? So I told him, Im from Queens, New York. And then hes like, No, I mean where are you really from? Which, for those of you who dont know, thats code for, No, I mean, why arent you white?
#joke #short
Joke | Old joke from joke of the day archives - Check out other old jokes Monday, 08 November 2010

How The Blonde Broker Her Arm

Q: How did the blonde break her arm?

A: she fell out of a tree while she was raking leaves.

I realized that I have an irrational fear of rats. I did not know there was going to be so much wildlife in this city. One night I was walking home really late, I walked past this huge pile of garbage. And inside one particular trash bag was a whole lot of movement going on -- inside the bag, like real aggressive, but unidentified rustling. I was so frightened, my only thought was, Oh my god, I hope thats a baby. Please be a toddler in that bag. Thats how much I hate rats; they make child endangerment comforting.
#joke
Joke | Old joke from joke of the day archives - Check out other old jokes Wednesday, 20 July 2011