A man said his credit card was stolen but he decided not to report it because the thief was spending less than his wife did.
#joke #short
Joke

Teddy, the gun shop owner called the police as he felt there was something wrong with one of his customers.
When the Police arrived, Teddy told them about a blonde guy who walked in a couple of weeks back to buy a box of high velocity 12 gauge shells. The next week, the blonde guy came back to buy another box of ammo. This went on for 4 weeks. When he visited Teddy's store one more time, Teddy asked him, "What are you shooting buddy? There's hardly anything in season right now."
The blonde guy replied, "I am shooting some cans."
Teddy asked him, "Beer cans?"
The blonde replied, "Nope. Me shooting some Mexicans, some Puerto Ricans, some Africans, don't matter me none."
#joke #blonde #beer
Joke | Source: Really Funny Jokes - Really Funny jokes, adult jokes, Good jokes, short funny jokes, teacher jokes, affair jokes, kids jokes, doctor jokes, funny pictures

A Mafia Godfather finds out that his bookkeeper has cheated him out of $10 million bucks. His bookkeeper is deaf. That was the reason he got the job in the first place. It was assumed that a deaf bookkeeper would not hear anything that he might have to testify about in court.

The Godfather asks the attorney: 'Well, what'd he say'? The attorney replies: 'He says you don't have the balls to pull the trigger'.

A police officer in a small town stopped a motorist who was speeding down Main Street.

"Just be quiet," snapped the officer. "I'm going to let you cool your heels in jail until the chief gets back..."

"And I said to keep quiet! You're going to jail!"

A few hours later the officer looked in on his prisoner and said, "Lucky for you that the chief is at his daughter's wedding. He'll be in a good mood when he gets back."

"Don't count on it," answered the fellow in the cell. "I'm the groom." Waiter level - - Hey Right Arm, I Could Use a Little Help! Sincerely, Lefty. | Source : Jokes of The Day - By Jokes of the day visitor

A lawyer named Strange died, and his friend asked the tombstone maker to inscribe on his tombstone, "Here lies Strange, an honest man, and a lawyer."

The inscriber insisted that such an inscription would be confusing, for passersby would tend to think that three men were buried under the stone.

However he suggested an alternative: He would inscribe, "Here lies a man who was both honest and a lawyer.

"That way, whenever anyone walked by the tombstone and read it, they would be certain to remark: "That's Strange!"

You guys ever steal an old person? Oh, I guess everyone here has their grandparents; some of us dont we got to replace ours. Heres a tip: old people in wheelchairs rarely turn around to see whos pushing them.
#joke #short
Joke | Source: Comedy Central: Jokes - Jokes provided daily from Comedy Central's archive. 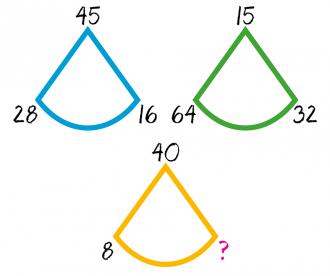 Santa is a Woman

I hate to be the one to defy sacred myth, but I believe he's a she.

Think about it. Christmas is a big, organized, warm, fuzzy, nurturing social deal, and I have a tough time believing a guy could possibly pull it all off!

For starters, the vast majority of men don't even think about selecting gifts until Christmas Eve. It's as if they are all frozen in some kind of Ebenezerian Time Warp until 3 p.m. on Dec. 24th, when they – with amazing calm – call other errant men and plan for a last-minute shopping spree.

Once at the mall, they always seem surprised to find only Ronco products, socket wrench sets and mood rings left on the shelves. (You might think this would send them into a fit of panic and guilt, but my husband tells me it's an enormous relief because it lessens the 11th-hour decision-making burden.) On this count alone, I'm convinced Santa is a woman.

Surely, if he were a man, everyone in the universe would wake up Christmas morning to find a rotating musical Chia Pet under the tree, still in the bag.

Another problem for a he-Santa would be getting there. First of all, there would be no reindeer because they would all be dead, gutted, and strapped on to the rear bumper of the sleigh, amid wide-eyed, desperate claims that buck season had been extended. Blitzen's rack would already be on the way to the taxidermist.

Even if the male Santa did have reindeer, he'd still have transportation problems because he would inevitably get lost in the snow and clouds, and then refuse to stop and ask for directions.

Add to this the fact that there would be unavoidable delays in the chimney, where the Bob Vila-like Santa would stop to inspect and repoint bricks in the flue. He would also need to check for carbon monoxide fumes in every gas fireplace, and get under every Christmas tree that is crooked to straighten it to a perfectly upright 90-degree angle.

Other reasons why Santa can't possibly be a man:
- Men can't pack a bag.
- Men would rather be dead than caught wearing red velvet.
- Men would feel their masculinity is threatened, having to be seen with all those elves.
- Men don't answer their mail.
- Men would refuse to allow their physique to be described, even in jest, as anything remotely resembling a “bowlful of jelly.”
- Finally, being responsible for Christmas would require a commitment.

I can buy the fact that other mythical holiday characters are men. Father Time shows up once a year unshaven and looking ominous. Definite guy. Cupid flies around carrying weapons. Uncle Sam is a politician who likes to point fingers. Any one of these individuals could pass the testosterone screening test. But not St. Nick. Not a chance.

A college student picked up hi...

A college student picked up his date at her parents home. He'd scraped together every cent he had to take her to a fancy restaurant. To his dismay, she ordered almost everything expensive on the menu. Appetizers, lobster, champagne. . .the works. Finally he asked her,
"Does your Mother feed you like this at home?"
"No," she said, "but my Mother's not looking to get laid, either."
#joke
Joke | Old joke from joke of the day archives - Check out other old jokes Tuesday, 22 December 2009

A black man enters a bar with his gorilla. He says to the bartender, "I would like a beer, and a gin and tonic for my girlfriend here."

The bartender looks at him like he's nuts and says, " I sorry but I don't serve Gorillas in this bar."

The man has an idea. He takes his girlfriend home and shaves her head, gives her a wig, dress, and makeup. Then he returns to the same bar. He places the same order and this time the bar tender gives it to them.

They go and sit in a corner while the bartender turns to his friend and says, "Damn! Did you ever notice how all the good looking Iraqi ladies that come in here, always seem to be with black men.

A fellow bought a new Mercedes and was out on the interstate for a nice evening drive. The top was down, the breeze was blowing through what was left of his hair and he decided to open her up. As the needle jumped up to 80 mph, he suddenly saw flashing red and blue lights behind him. "There's no way they can catch a Mercedes," he thought to himself and opened her up further. The needle hit 90, 100.... Then the reality of the situation hit him. "What am I doing?" he thought and pulled over. The cop came up to him, took his license without a word and examined it and the car. "It's been a long day, this is the end of my shift and it's Friday the 13th. I don't feel like more paperwork, so if you can give me an excuse for your driving that I haven't heard before, you can go."
The guy thinks for a second and says, "Last week my wife ran off with a cop. I was afraid you were trying to give her back!"
"Have a nice weekend," said the officer.
#joke #friday
Joke | Old joke from joke of the day archives - Check out other old jokes Sunday, 25 July 2010

In A Bad Nursing Home


The Top Signs You're In A Bad Nursing Home

10. God was worried that Adam would frequently become lost

9. God knew that one day Adam would require someone to

locate and hand him the remote.

8. God knew Adam would never go out and buy himself a new

buy one for him.

7. God knew Adam would never be able to make a doctor's,

dentist, or haircut appointment for himself.

6. God knew Adam would never remember which night to put the

garbage on the curb.

5. God knew if the world was to be populated, men would

never be able to

handle the pain and discomfort of childbearing.

4. As the Keeper of the Garden, Adam would never remember

where he left his tools.

3. Apparently, Adam needed someone to blame his troubles on

when God caught him hiding in the garden.

And finally, the Number 1 reason why God created Eve...

1. When God finished the creation of Adam, He stepped back,

scratched his head, and said, "I can do better than that."

Its weird when youre a mix. People just want to play detective with your face. Nine times out of 10, theyre polite: Where are you from? Im like, Pittsburgh. Theyre like, Pittsburgh, right. Seriously though, where are you from? Pittsburgh. Like Im from some mutant island south of the Philippines, the island of Half Asia. Its just me, Keanu Reeves and Tiger Woods on a beach all day playing volleyball.
#joke
Joke | Old joke from joke of the day archives - Check out other old jokes Sunday, 25 July 2010