Bennett asks his friend Ernest, "Hey, can you lend me your book titled 'How To Become A Billionaire'?"
Ernest says, "Wait a minute, I'll get it for you".
When Ernest gives him the book, Bennett comments, "Thank you, buddy, but half the pages are missing!!"
Ernest replies, "So what? Isn't half a billion enough for you?"
#joke
Joke | Source: Really Funny Jokes - Really Funny jokes, adult jokes, Good jokes, short funny jokes, teacher jokes, affair jokes, kids jokes, doctor jokes, funny pictures

This joke is really just an excuse to use a ridiculous Irish accent.

Mary Mcready was at home boiling potatoes for dinner, and one of her neighbors came up to the window.

"Mary," he said, "I've got horrible news about your husband Seamus. He's dead."

"Oh lord, my Seamus, how did it happen?" said Mary.

"Well," the neighbor said, "we went on a tour of the Guinness brewery, and Seamus fell into one of the vats and drowned".

"Did he at least go quickly?" asked Mary, looking for some degree of solace. "I'm afraid not, Mary. He got out three times to pee"

Not too long ago a scientist tried to clone himself. However, his clone was very obnoxious and lewd, while the scientist was well received and respected. Finally fed up with his experiment gone wrong, he threw his clone off the roof of the laboratory; killing the clone. He was arrested by the local police for... making an obscene clone fall.

Two Eskimos sitting in a kayak were chilly, but when they lit a fire in the craft it sank-proving once and for all that you can't have your kayak and heat it, too.

Funny Photo of the day - Stop Looking So Pretty Stop Looking So Pretty | Source : This is Photobomb - Photojackers of the World Unite!

Results of a Tornado

Q: What do a tornado, a hurricane and a redneck divorce

A: In the end, someone is going to loose a house trailer.

Early one morning, a mother we...

Early one morning, a mother went in to wake up her son. "Wake up, son. It's time to go to school!"
"But why, Mom? I don't want to go."
"Give me two reasons why you don't want to go."
"Well, the kids hate me for one, and the teachers hate me, too!"
"Oh, that's no reason not to go to school. Come on now and get ready."
"Give me two reasons why I should go to school."
"Well, for one, you're 52 years old. And for another, you're the Principal!" 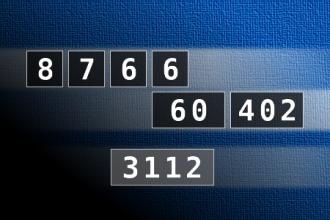 Santa is a Woman

I hate to be the one to defy sacred myth, but I believe he's a she.

Think about it. Christmas is a big, organized, warm, fuzzy, nurturing social deal, and I have a tough time believing a guy could possibly pull it all off!

For starters, the vast majority of men don't even think about selecting gifts until Christmas Eve. It's as if they are all frozen in some kind of Ebenezerian Time Warp until 3 p.m. on Dec. 24th, when they – with amazing calm – call other errant men and plan for a last-minute shopping spree.

Once at the mall, they always seem surprised to find only Ronco products, socket wrench sets and mood rings left on the shelves. (You might think this would send them into a fit of panic and guilt, but my husband tells me it's an enormous relief because it lessens the 11th-hour decision-making burden.) On this count alone, I'm convinced Santa is a woman.

Surely, if he were a man, everyone in the universe would wake up Christmas morning to find a rotating musical Chia Pet under the tree, still in the bag.

Another problem for a he-Santa would be getting there. First of all, there would be no reindeer because they would all be dead, gutted, and strapped on to the rear bumper of the sleigh, amid wide-eyed, desperate claims that buck season had been extended. Blitzen's rack would already be on the way to the taxidermist.

Even if the male Santa did have reindeer, he'd still have transportation problems because he would inevitably get lost in the snow and clouds, and then refuse to stop and ask for directions.

Add to this the fact that there would be unavoidable delays in the chimney, where the Bob Vila-like Santa would stop to inspect and repoint bricks in the flue. He would also need to check for carbon monoxide fumes in every gas fireplace, and get under every Christmas tree that is crooked to straighten it to a perfectly upright 90-degree angle.

Other reasons why Santa can't possibly be a man:
- Men can't pack a bag.
- Men would rather be dead than caught wearing red velvet.
- Men would feel their masculinity is threatened, having to be seen with all those elves.
- Men don't answer their mail.
- Men would refuse to allow their physique to be described, even in jest, as anything remotely resembling a “bowlful of jelly.”
- Finally, being responsible for Christmas would require a commitment.

I can buy the fact that other mythical holiday characters are men. Father Time shows up once a year unshaven and looking ominous. Definite guy. Cupid flies around carrying weapons. Uncle Sam is a politician who likes to point fingers. Any one of these individuals could pass the testosterone screening test. But not St. Nick. Not a chance.

Chuck Norris is the reason why Waldo is hiding.
#joke #short #chucknorris
Joke | Old joke from joke of the day archives - Check out other old jokes Saturday, 18 June 2011

Three little black boys sitting on a porch. The first

little black boy says, "What would you do with a million

dollars?" The second boy said, "I'd buy that blue Cadillac

over there." The third little boy said, "I'd buy the pink

Cadillac siiting over there." Then the third little boy

asked the first what he'd do with the money. The first boy

replied, "I'd cover myself in hair." The other two asked

hair and she owns both those Cadillacs!

Mark Gross: Can You Help?

A couple days ago, I was crossing this bridge, and there was this character standing there with a cup in his hand. He goes, Hey, can you help out my wife and family? I said, Sure. And I pushed him off the bridge.
#joke #short
Joke | Old joke from joke of the day archives - Check out other old jokes Thursday, 04 August 2011

Just after the maid had been fired. She took five bucks from her purse, she threw it to Fido, the family dog. When asked why by her former employer, she answered, "I never forget a friend. This was for helping me clean the dishes all the time!

Motel 6 turns off the lights when they see you coming.

There are more dishes in your sink than in your cabinets.

You think a turtleneck is a key ingredient in soup.

You've ever stood in line to get your picture taken with a freak of nature.

Your anniversary present was getting the septic tank pumped.

Your local ambulance has a trailer hitch.

You watch cartoons long after your kids get bored.

You think the French Riviera is a foreign car.

There once was a man who was so proud of the fact that he had six kids that he insisted on calling his wife "mother of six."

His wife hated this name and asked him repeatedly not to call her that, but he was a stubborn man and was very proud that he had six kids.

One evening they were at a dinner party for his company and it was getting close to the time that they should be leaving. The husband yelled from across the room over to his wife, "mother of six, are you ready to go?"

Annoyed with his question, she responded, "In a minute, Father of four."