A blind man was describing his favorite sport: parachuting.

When asked how this was accomplished, he said that things were all done for him: "I am placed in the door and told when to jump. My hand is placed on my release ring for me, and out I go."

"But how do you know when you are going to land?" he was asked.

"I have a very keen sense of smell and I can smell the trees and grass when I am 300 feet from the ground," he answered.

"But how do you know when to lift your legs for the final arrival on the ground?" he was again asked. Really funny jokes-Stuck under the bridge

Brian Moore was driving his truck when he approached a bridge with a sign saying 12 foot max. headroom. He slowed down wondering if he could drive under it or not.
"I'll sure give it a try," he thought only to discover that his truck got stuck underneath it.
Brian got back in his seat, poured out a cup of coffee and lit a cigarette. A cop arrived a short time later and knocked on the cab door which Brian immediately opened.
"What do you think you are doing?" demanded the cop in a sharp tone.
"Sure I'm having a tea break," replied Brian
"And what work do you do?" inquired the cop.
"I deliver bridges," replied Brian.
#joke
Joke | Source: Really Funny Jokes - Really Funny jokes, adult jokes, Good jokes, short funny jokes, teacher jokes, affair jokes, kids jokes, doctor jokes, funny pictures

An old man is lying on his deathbed with his children, grandchildren, and older great-grandchildren all around, teary-eyed at the approaching finale of a very long and productive life. The old man in is a terminal coma, and the doctors have confirmed that the waiting will be over within the next twenty-four hours. Suddenly, the old man opens his eyes and croaks: “I must be dreaming of heaven! I smell your grandmother's strudel!”

“No, grandfather, you are not dreaming. Grandmother is baking strudel now.”

“I know I will never have another taste of her delicious strudel after this one. Could you please go down and get me a piece?”, the old man begs with what is left of his final breath.

One of the grandchildren is immediately dispatched to honor the old man's last request. After a long time, he returns empty-handed.

“Did you bring me one last piece of your grandmother's delicious strudel?” the old man plaintively queries.

“I'm very sorry, grandfather, but she says it's for the funeral.”

Q) What did the chef give his wife on Valentine's Day? A group of American tourists was being guided through an ancient castle in Europe.

"This place," the guide told them, "is 600 years old. Not a stone in it has been touched, nothing altered, nothing replaced in all those years."

"Wow," said one woman dryly, "they must have the same landlord I have."

Two Arabs boarded a shuttle out of Washington for New York. One sat in the window seat, the other in the middle seat.

Just before take-off a fat, little Jewish guy got on and took the aisle seat next to the Arabs. He kicked off his shoes, wiggled his toes and was settling in when the Arab in the window seat said, "I think I'll go up and get a coke."

(Shuttle flights do not have cabin attendants, but you probably knew that.)

While he was gone the Arab picked up the Jew's shoe and spit in it.

The Jew brought back the coke, when the other Arab said, "That looks good. Think I'll have one too."

Again, the Jew obligingly goes to fetch it, and while he is gone the Arab picks up the other shoe and spits in it.

The Jew returns with the coke, and they all sit back and enjoy the short flight. When the plane was landing the Jew slipped his feet into his shoes and knew immediately what had happened.

"How long must this go on?" he asked. "This enmity between our peoples ... this hatred ... this spitting in shoes and peeing in cokes!?!" 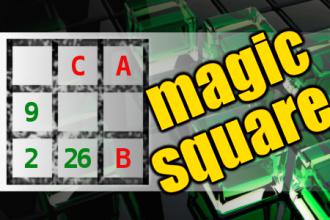 I started smoking in high school. I never thought Id get hooked. I always thought, by the time I graduate, thats it: no more smoking. But now Im 33. Theres no way Im ever going to graduate.
#joke #short
Joke | Source: Comedy Central: Jokes - Jokes provided daily from Comedy Central's archive.

Chuck Norris knows where Carmen Sandiego is.
#joke #short #chucknorris
Joke | Old joke from joke of the day archives - Check out other old jokes Saturday, 14 May 2011

Chuck Norris kicked Neo out of...

I was reading this article the other day, and it said, The perfect way to spice up your love life is to make love in a car wash. Let me tell you guys from experience -- no, it is not. Its also the perfect way to ruin a church fundraiser.
#joke #short
Joke | Old joke from joke of the day archives - Check out other old jokes Sunday, 07 August 2011

Internet can get worse

Top ten ways the Internet could get worse

AND THE NUMBER ONE WAY THE INTERNET CAN GET WORSE:

A man and his four-year-old son were talking about sex.

The son asked his father, "Dad, what does a pussy look like?"

The dad asked him, "Before or after sex?"

"Ummm, before sex," the kid replied.

The dad said, "Have you ever seen a beautiful red rose with soft red petals?"

His dad replied, "Have you ever seen a bulldog eating mayonnaise?"
#joke
Joke | Old joke from joke of the day archives - Check out other old jokes Saturday, 07 August 2010