A recovering alcoholic is downtown to pick up his income tax return. He passes by a bar and turns to go inside, promising himself he'll only have a couple of beers and then leave. Well, he goes in and gets wasted. As he sits at the bar, he pukes down the front of his shirt. Immediately he breaks out into tears, sobbing: "My wife is going to leave me. I'm just a miserable old drunk and now I'm going to die alone."

The guy sitting next to him turns and says: "It's not that bad. You can get out of this. Take a $5 bill and put it in your shirt pocket. When you get home, tell her you had a couple beers and a guy puked on

you. Tell her that the $5 was given to you to pay for the shirt."

The drunk guy looks disbelievingly at him and says: "That just might work. You're a saint!"

The drunk guy goes straight home. When he walks through the front door, his wife is waiting for him and she is irate.

She takes one look at him and screams: "I can't believe it. You're drunk. I warned you but you just don't care. I'm moving out."

The drunk says: "Stop, Honey. Let me explain. It's true I did have a couple of beers, but I'm not drunk."

She says: "Look at you... you puked down the front of your shirt."

He replies: "It wasn't me! A drunk guy next to me puked on me. He put a $5 bill in my shirt pocket to pay for the shirt. You can see for yourself."

She reaches into his pocket and pulls out some money. She looks at it, then to him and says: "This is a $10 bill" He looks at her and says: "Oh I forgot. He shit my pants too."

Mrs. Katrina, the Arts teacher, addressed the class with a statue of Venus in her hands.
"What do you like best about this piece of art? Raise your hands."
Steven raised his hand and said, "The symmetry."
"Very good. And you, Justin?"
"Her t*ts!" says Justin
"Get out of the class, Justin and stand in the hall," responds Mrs. Katrina with loathing. "And you, Bubba?"
"I'm leaving, ma'am, I'm leaving..."
#joke
Joke | Source: Really Funny Jokes - Really Funny jokes, adult jokes, Good jokes, short funny jokes, teacher jokes, affair jokes, kids jokes, doctor jokes, funny pictures

Q: What did the boy ghost say to the girl ghost after he saw her all dressed up for Halloween?

A blonde was hard up for money, so she walked around her neighborhood, trying to find a job.
She met a nice man who said he would give her work. All she had to do was paint his porch white. He gave her a bucket of paint and left.
He walked into his house, laughing. He told his brunette wife what he had done. "Frank, our porch covers half of the house! You're so mean." his wife replied. Three hours later, the blonde went in the house, and gave the bucket of white paint back to the man.
The astonished man handed her a $100 bill, and asked how she finished it so quickly.
"It takes time, but it was easy." was her reply. "Oh, and it's a Ferrari, not a Porsche."
#joke #blonde
Joke | Source: Laughspot - Free Daily Jokes, Ecards, & Games

Tickets to the theater....

A young couple got married and went away on their honeymoon. After two weeks they came back and finally put away all of the presents they received from friends and family. Since this was a new home, the process took some time.

A week later, they received in the mail two tickets for a popular show where tickets were impossible to get. They were very excited and warmed by the gesture of the person who sent this. Inside the envelope, however, was only a small piece of paper with a single line, "Guess who sent them."

The pair had much fun trying to identify the donor, but failed in the effort. They went to the theatre, and had a wonderful time. On their return home late at night, still trying to guess the identity of the unknown host, they found the house stripped of every article of value.

And on the bare table in the dining room was a piece of paper on which was written in the same hand as the enclosure with the tickets: "Now you know!"

Q: Why are people like a box of chocolates?

A: Some have nuts and some don't! 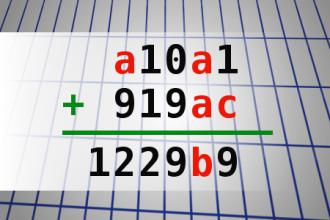 An old Jewish man walks into a church. He goes in the confession booth, he says, Forgive me father, I have sinned. I was working in my tailor shop, a girl came in -- couldnt have been more than 19 years old, blonde hair, great body. All of a sudden I started f**king her and theres f**king and sucking and fooling around for three hours. And the priest goes, Youre Jewish, why are you telling me this? And he goes, Telling you? Im telling everybody.
#joke #blonde
Joke | Source: Comedy Central: Jokes - Jokes provided daily from Comedy Central's archive.

Chuck Norris doesn't bowl strikes, he just knocks down one pin and the other nine faint.
#joke #short #chucknorris
Joke | Old joke from joke of the day archives - Check out other old jokes Friday, 22 April 2011