Really funny jokes-Unmistakable signs you are a drunk

Unmistakable Signs you are a Drunk
# You spent Saturday night in jail for cow-pushing — with your Ford V-8
# Although armed with fire extinguishers, your family stood at a safe distance as you blew out your birthday candles.
# Thanks to you, Bourbon Deluxe Bourbon stock is up 15 1/4 since Thursday.
# Vladimir Putin called personally to ask you to slow down on the Stoli.
# For some reason, there's salt on the rim of your basketball goal.
# For the money you spent on Thunderbird, you could've bought the car.
# You're now the proud inventor of the "Slim Jim": Ultra Slim-Fast shakes made with Jim Beam.
# Answering machine full of warnings from Coach Switzer.
# Smirnoff wants to run an ad featuring a picture of your liver in the shape of a bottle.
# Dry cleaners and hotel employees greet you with, "Look, it's the Vomit guy!"
# The doorman asks for your identification just to see how long it'll take you to find your pants.
# Your liver, in a fit of pique, leaps out of your abdominal cavity into a pan of frying onions.
# Worried friends call Monday morning to make sure you returned the goat.
# You have to be told "Drink Canada Dry" is a slogan and not a personal challenge.
#joke #monday
Joke | Source: Really Funny Jokes - Really Funny jokes, adult jokes, Good jokes, short funny jokes, teacher jokes, affair jokes, kids jokes, doctor jokes, funny pictures

Your chances are better...

An enormously wealthy 65-year-old man falls in love with a young woman in her twenties and is contemplating proposing.

Funny video of the day - Batman bike in soviet russia

Sister Margaret was a model nun all of her life, until she was called to get her just rewards. As she approached the pearly gates, Saint Peter said "Hold on, Sister Margaret...not so fast!"

"But I have been good all my life and dedicated to the work of the Lord. From the time I was taken in as an infant by the sisters at the convent to my dying breath... I have lived for this moment!" Sister Margaret exclaimed in disbelief.

"That is precisely the problem," replied St. Peter, "...you never learned right from wrong and to get into heaven, you must know the difference between right and wrong".

"Well, what can I do? I will do anything to get into heaven!" Sister Margaret pleaded.

"I am going to have to send you back down to Earth. When you get there, I want you to smoke a cigarette and call me when you are finished. We will discuss your situation then." ordered St. Peter.

Sister Margaret returned to Earth, smoked a Camel, and then immediately called St. Peter, coughing and hacking. "Saint Peter" she gasped, "I can hardly breathe, my mouth tastes terrible, my breath stinks, I feel dizzy, and I think I am going to throw up".

"Good!" replied the old saint, "Now you are finally getting a feel for right and wrong. Now go out tonight and drink some hard liquor and call me back when you are ready."

"Saint Peter, I feel woozy... that vile liquid burned my throat and nauseated me...it is all I can do to keep it down."

"Good...good! Now you are starting to see the difference between right and wrong," said St. Peter with delight.

"Tomorrow I want you to seek out a man and know him in the Biblical sense, and then call me."

A week passed before Sister Margaret called St. Peter and left a message:

Scientists have estimated that...

Scientists have estimated that the energy given off during the Big Bang is roughly equal to 1CNRhK (Chuck Norris Roundhouse Kick)
#joke #short #chucknorris
Joke | Old joke from joke of the day archives - Check out other old jokes Thursday, 28 April 2011 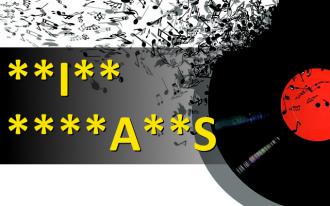 Osama found the biggest, meanest Doberman and Rottweiler female dogs in the world and bred them with the meanest Siberian wolves. They selected only the biggest and strongest puppy from the litter, and removed his siblings, which gave him all the milk. After 5 years, they came up with the biggest, meanest dog the world had ever seen. Its cage needed steel bars that were 5 " thick and nobody could get near it.

When the day came for the dog fight, Bush showed up with a strange looking animal. It was a 9 foot long Dachshund. Everyone felt sorry for Bush because there was no way that this dog could possibly last 10 seconds with the Afghanistani dog. When the cages were opened up, the Dachshund came out of it's cage, and slowly waddled over towards Osama's dog. Osama's dog snarled and leaped out of its cage and charged the American Dachshund---but when it got close enough to bite, the Dachshund opened its mouth and consumed Osama's dog in one bite. There was nothing left of his dog at all.

Osama came up to Bush, shaking his head in disbelief, "We don't understand how this could have happened. We had our best people working for 5 years with the meanest Doberman and Rottweiler female dogs in the world and the biggest, meanest Siberian wolves."

"That's nothing,", said Bush. "We had Michael Jackson's plastic surgeons working for 5 years to make that alligator look like a weenie dog."