Hilariously crazy exchanges in the court of Law:
Lawyer: Are you Donald Asher's mother?
Witness: Yes, I am.
Lawyer: How long have you known him?
----
Lawyer: What happened after that?
Witness: He said to me,"I have no choice but to kill you as you can identify me."
Lawyer: Did he kill you?
#joke #lawyer
Joke | Source: Really Funny Jokes - Really Funny jokes, adult jokes, Good jokes, short funny jokes, teacher jokes, affair jokes, kids jokes, doctor jokes, funny pictures

Bridge jump - I think you lost something - link to page video is posted initially.

So one day, Gramma sent her grandson Johnny down to the water hole to get some water for cooking dinner. As he was dipping the bucket in, he saw two big eyes looking back at him. He dropped the bucket and hightailed it for Gramma's kitchen.

"Well now, where's my bucket and where's my water?" Gramma asked him. "I can't get any water from that water hole, Gramma" exclaimed Johnny. "There's a BIG ol' alligator down there!"

"Now don't you mind that ol' alligator, Johnny. He's been there for a few years now, and he's never hurt no one. Why, he's probably as scared of you as you are of him!"

"Well, Gramma," replied Johnny, "if he's as scared of me as I am of him, then that water ain't fit to drink!"

There is no such thing as torn...

My nephews got a camera phone; hes 10 years old. Which sucks for him because I cant imagine what it must be like for him to go through a 5th grade math class with a device in his pocket that can answer all of lifes questions and show him pictures of titties in high definition. You want this kid to pay attention in class? He doesnt have attention deficit, hes got titties in his pocket.
#joke
Joke | Source: Comedy Central: Jokes - Jokes provided daily from Comedy Central's archive.

All the good knights were leaving for the Crusades. One knight told his best friend "My bride is without doubt one of the most beautiful women in the world. It would be a terrible waste if no man could have her. Therefore, as my best and most trusted friend, I am leaving you the key to her chastity belt to use should I not return from the Crusade in seven years."

The company of knights were only a mile or so out of town when they noticed a cloud of dust approaching. Thinking it might be an important message from the town the column halted. A horseman approached. It was the knight's best friend. He said "Hey, you gave me the wrong key!!" 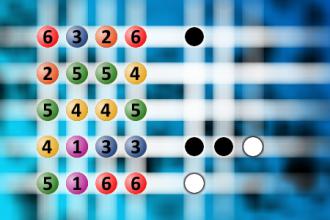