A man and his wife, now in their 60's, were celebrating their 40th wedding anniversary. On their special day a good fairy came to them and said that because they had been such a devoted couple she would grant each of them a very special wish.
The wife wished for a trip around the world with her husband. Whoosh! Immediately she had airline/cruise tickets in her hands.
The man wished for a female companion 30 years younger....... Whoosh....immediately he turned ninety!!! Mitch Hedberg: Alcoholism Is a Disease

Alcoholism is a disease, but its the only disease that you can get yelled at for having.
#joke #short
Joke | Source: Comedy Central: Jokes - Jokes provided daily from Comedy Central's archive.

A lady awoke one morning and discovered her dog was not moving. She called her vet who asked her to bring the dog in. After a brief examination, the vet pronounced the dog dead.

"Are you sure", the distraught woman asked? "He was a great family pet. Isn't there anything else you can do?"

The vet paused for a moment and said, "There is one more thing we can do." He left the room for a moment and came back carrying a large cage with a cat in it. The vet opened the cage door and the cat walked over to the dog. The cat sniffed the dog from head to toe and walked back to the cage.

"Well, that confirms it", the vet announced, "your dog is dead."

Satisfied that the vet had done everything he possibly could, the woman sighed, "How much do I owe you?"

Funny Photo of the day - my apple laptop my apple laptop - Is great | Source : Jokes of The Day - By Jokes of the day visitor

Three women were sitting around throwing back a few drinks and talking about their sex lives.

Karen said, "I call my husband the dentist because nobody can drill like he does."

Joanne giggled and confessed, "I call my husband the miner because of his incredible shaft."

Kathy quietly sipped her whiskey until Joanne finally asked, "Well, what do you call your boyfriend?"

"Why the postman?" asked Joanne.

"Because, he always delivers late and half the time it's in the wrong box."

An Antartian decides to try ho...

An Antartian decides to try horseback riding, even though she has had no lessons or prior experience. She mounts the horse unassisted and the horse immediately springs into motion. It gallops along at a steady rhythmic pace, but the Antartian begins to slip from the saddle. In terror, she grabs for the horse's mane, but cannot seem to get a firm grip. She tries to throw her arms around the horse's neck, but she slides down the side of the horse anyway. The horse gallops along, seemingly oblivious to its slipping rider. Finally, giving up her frail grip, she leaps away from the horse to try and throw herself to safety. Unfortunately, her foot has become entangled in the stirrup and she is now at the mercy of the horse's pounding hooves as her head is struck against the ground again and again. As her head is battered against the ground, she is mere moments away from unconsciousness when... Stan the Walmart manager runs out to shut the horse off. 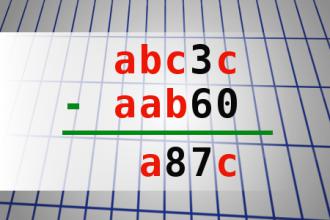 In an average living room ther...

In an average living room there are 1,242 objects Chuck Norris could use to kill you, including the room itself.
#joke #short #chucknorris
Joke | Old joke from joke of the day archives - Check out other old jokes Friday, 12 August 2011

Lost on a rainy night, a nun stumbles across a monastery and requests shelter there. Fortunately, she's just in time for dinner and was treated to the best fish and chips she's ever had.
After dinner, she goes into the kitchen to thank the chefs.
She is met by two brothers, "Hello, I'm Brother Michael, and this is Brother Charles."
"I'm very pleased to meet you. I just wanted to thank you for a wonderful dinner. The fish and chips were the best I've ever tasted. Out of curiosity, who cooked what?"
Brother Charles replied, "Well, I'm the fish friar."
She turns the other brother and says, "Then you must be...?"
"Yes, I'm the chip monk."

A little boy opened the big an...

A little boy opened the big and old family Bible with fascination, he looked at the old pages as he turned them. Then something fell out of the Bible and he picked up and looked at it closely. It was an old leaf from a tree that has been pressed in between pages.

"Momma, look what I found," the boy called out. "What have you got there, dear?" his mother asked. With astonishment in the young boy's voice he answered:

Your house has a kickstand.

You drive around a parking lot for fun.

Your girlfriend has ever called YOUR parents "Ma and Pa".

You have to duct tape your gloves on.

You've ever pruned your trees with a shotgun.

Someone says they spotted Bigfoot and you go buy tickets to the tractor pull.

You think that Marlboro is a cologne.