Lucy was sitting on a park bench, when a beggar appeared out of nowhere and said to her, "Sweetheart, let's have some fun!"

Lucy was furious and shouted, "How dare you say such a thing?"

A middle-aged woman had a heart attack and was taken to the hospital. While on the operating table, she had a near death experience. Seeing God, she asked, "Is my time up?"
God said, "No, you have another 43 years, two months and eight days To live." Upon recovery, the woman decided to stay in the hospital and have a facelift, liposuction and tummy tuck. Since she had so much more time to live, she figured she might as well look even nicer. After her Last operation, she was released from the hospital. While crossing the street on her way home, she was killed by an ambulance.
Arriving in front of God, she demanded, "I thought you said I had another 40 years? Why didn't you pull me out of the path of that ambulance?"
God replied, "Girl, I didn't even recognize you."

A lawyer defending a man accus...

A lawyer defending a man accused of burglary tried a creative defense to get his client off the hook. "My client merely inserted his arm into the window and removed a few paltry items. His arm is not himself, so I fail to see how you can punish the whole individual for an offense committed soley by his arm."
"Well put," the judge replied with a grin. "Using that same logic, I sentence the defendant's arm to one year's imprisonment. Your client can accompany the arm or not, as he chooses."
The defendant smiled. With his lawyer's help, he detatched his artificial limb, laid it on the bench and walked out.

A mother, accompanied by her small daughter, was in New York City. The mother was trying to hail a cab, when her daughter noticed several wildly dressed women who were loitering on a nearby street corner.

The mother finally hailed her cab and they both climbed in, at which point the young daughter asks her mother, "Mommy, what are all those ladies waiting for by that corner?"

The mother replies, "Those ladies are waiting for their husbands to come by and pick them up on the way home from work."

The cabby, upon hearing this exchange, turns to the mother and says, "Ah, C'mon lady! Tell your daughter the truth! For crying out loud... They're hookers!"

A brief period of silence follows, and the daughter then asks, "Mommy, do the hooker ladies have any children?"

The mother replies, "Of course, Dear. Where do you think cabbies come from?"

Funny Photo of the day - Take all my money Take all my money - Just take it | Source : Jokes of The Day - By Jokes of the day visitor

Rules Of The South

1. Save all manner of bacon grease. If it can't be fried in bacon grease, it ain't worth cooking, let alone eating.

2. Just because one can drive on snow and ice does not mean we can't stay home the two days of the year it snows.

3. If you do run your car into a ditch, don't panic. Four men in the cab of a four-wheel-drive with a 12-pack of beer and a tow chain will be along shortly. Note: Don't try to help them. Just stay out of their way: This is what they live for.

4. Don't be surprised to find movie rentals and fishing bait in the same store.

10. The first Southern expression to creep into a transplanted Northerner's vocabulary is the adjective "Big ol'", as in "big ol' truck" or "big ol' boy". Eighty-five percent begin their new southern influenced dialect with this expression. One hundred percent are in denial about it.

11. The proper pronunciation you learned in school is no longer proper.

13. If attending a funeral in the South: remember, we stay until the last shovel of dirt is thrown on and the tent is torn down.

14. If you hear a Southerner exclaim, "Hey, y'all, watch this!" stay out of his way. These are likely the last words he will ever say.

15. Most Southerners do not use turn signals, and they ignore those who do. In fact, if you see a signal blinking on a car with a southern license plate, you may rest assured that it was on when the car was purchased.

16. Northerners can be identified by the spit on the inside of their car's windshield that comes from yelling at other drivers.

17. The winter wardrobe you always brought out in September can wait until November.

18. If there is the prediction of the slightest chance of even the tiniest accumulation of snow, your presence is required at the local grocery store. It does not matter if you need anything from the store, it is just something you're supposed to do.

19. Satellite dishes are very popular in the South. When you purchase one it is to be positioned directly in front of your trailer. This is logical bearing in mind that the dish cost considerably more than the trailer and should, therefore, be displayed.

20. Tornadoes and Southerners going through a divorce have a lot in common. In either case, you know someone is going to lose a trailer.

21. Florida is not considered a Southern state (except Gainesville). There are far more Yankees than Southerners living there.

22. As you are cursing the person driving 15 mph in a 55 mph zone, directly in the middle of the road, remember, many folks learned to drive on a model of vehicle known as John Deere, and this is the proper speed and lane position for the vehicle.

23. You can ask a Southerner for directions, but unless you already know the positions of key hills, trees and rocks, you're better off trying to find it yourself.

A man is recovering from surge...

A man is recovering from surgery when the Surgical Nurse appears and asks him how he is feeling.

"I'm O. K. but I didn't like the four letter-words the doctor used in surgery," he answered.

"What did he say," asked the nurse. 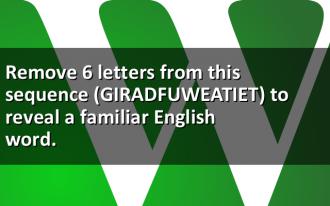 Some friends wanted to go to a strip club. I said, No thanks, its not for me; I dont really enjoy doing it. They said, Well at this strip club you can touch the girls while they dance on you. And I said, Then lets go do that.
#joke #short
Joke | Old joke from joke of the day archives - Check out other old jokes Monday, 16 July 2012

Time waits for no man. Unless that man is Chuck Norris.
#joke #short #chucknorris
Joke | Old joke from joke of the day archives - Check out other old jokes Thursday, 13 October 2011

My mother... would save her money and take us skiing on the weekend, which was brave. She took a black family skiing. This was the 80s -- brothers werent skiing, man. People didnt know what we were coming down the mountain. Theyd be looking up, confused, Oh my God, are those bears? I think I see bears skiing down the mountain! Huh, theyre African Americans trying something new. Whats next -- golf?
#joke
Joke | Old joke from joke of the day archives - Check out other old jokes Saturday, 25 September 2010