A group of friends get together every Friday after work for a drink. One Friday, Jeff showed up late, sat down at the bar, and kicked back his entire first beer in one gulp.

He then turned to his pal Bob and said: "Times are getting tough, my friend. Earlier today my wife told me she's going to cut me back to only two times a week. I can't believe it!" "You think you've got it bad?" Bob retorted: "She's cut some of us guys out altogether!"

Gina got lost in her car in a snow storm. She remembered what her dad had once told her. "If you ever get stuck in a snow storm, wait for a snow plow and follow it".

Pretty soon a snow plow came by, and she started to follow it. She followed the plow for about forty-five minutes.

Finally the driver of the truck got out and asked her what she was doing.

She explained that her dad had told her if she ever got stuck in the snow, to follow a plow.

Funny video of the day - The Ultimate Girls Fail Compilation 2012

The Ultimate Girls Fail Compilation 2012 - Silly women getting adventurous out of the kitchen. See where it﻿ got them. - link to page video is posted initially.

Standing At The Gates Of Heaven

Three men were standing in line to get into heaven one day. Apparently it had been a pretty busy day, though, so Peter had to tell the first one, "Heaven's getting pretty close to full today, and I've been asked to admit only people who have had particularly horrible deaths. So what's your story?"

So the first man replies: "Well, for a while I've suspected my wife has been cheating on me, so today I came home early to try to catch her red handed. As I came into my 25th floor apartment, I could tell something was wrong, but all my searching around didn't reveal where this other guy could have been hiding. Finally, I went out to the balcony, and sure enough, there was this man hanging off the railing, 25 floors above ground. By now I was really mad, so I started beating on him and kicking him, but wouldn't you know it, he wouldn't fall off.

So finally I went back into my apartment and got a hammer and starting hammering on his fingers. Of course, he couldn't stand that for long, so he let go and fell -- but even after 25 stories, he fell into the bushes, stunned but okay. I couldn't stand it anymore, so I ran into the kitchen, grabbed the fridge and threw it over the edge where it landed on him, killing him instantly. But all the stress and anger got to me, and I had a heart attack and died there on the balcony."

"That sounds like a pretty bad day to me," said Peter, and let the man in.

The second man comes up and Peter explains to him about heaven being full, and again asks for his story.

"It's been a very strange day.You see, I live on the 26th floor of my apartment building, and every morning I do my exercises out on my balcony. Well, this morning I must have slipped or something, because I fell over the edge. But I got lucky, and caught the railing of the balcony on the floor below me. I knew I couldn't hang on for very long, when suddenly this man burst out onto the balcony. I thought for sure I was saved, when he started beating on me and kicking me. I held on the best I could until he ran into the apartment and grabbed a hammer and started pounding on my hands. Finally I just let go, but again I got lucky and fell into the bushes below, stunned but all right.Just when I was thinking I was going to be okay, this refrigerator comes falling out of the sky and crushes me instantly, and now I'm here."

Once again, Peter had to concede that that sounded like a pretty horrible death.

The third man came to the front of the line, and again the whole process was repeated. Peter explained that heaven was full and asked for his story.

"Picture this," says the third man, "I'm hiding naked inside a refrigerator..." Just a kiss from my pet giraffe - A bit unexpected | Source : Jokes of The Day - By Jokes of the day visitor

Old Ladies and the Flasher 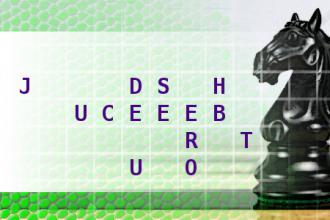 How many roundhouse kicks does...

How many roundhouse kicks does it take to get to the center of a tootsie pop? Just one. From Chuck Norris.
#joke #short #chucknorris
Joke | Old joke from joke of the day archives - Check out other old jokes Tuesday, 07 June 2011

The biggest thing in my life right now is my girlfriend. I love this girl. I know I love her because she told me.
#joke #short
Joke | Old joke from joke of the day archives - Check out other old jokes Sunday, 27 November 2011

A doctor and a lawyer were att...

A doctor and a lawyer were attending a cocktail party when the doctor was approached by a man who asked advice on how to handle his ulcer. The doctor mumbled some medical advice, then turned to the lawyer and remarked, 'I never know how to handle the situation when I'm asked for medical advice during a social function. Is it acceptable to send a bill for such advice?'

The lawyer replied that it was certainly acceptable to do so.

The next day, the doctor sent the ulcer-stricken man a bill. The lawyer also sent one to the doctor.
#joke #doctor #lawyer
Joke | Old joke from joke of the day archives - Check out other old jokes Sunday, 27 November 2011

When I returned home from college for a break, I noticed a paper posted on the refrigerator. It listed some goals my dad had set for himself: Help wife more; lose weight; be more productive at work.

A few days later my brother wrote: “Make payments on car for Jason.”

Then my boyfriend joined in with: “Buy Tom a Jeep.”

Finally my father added a new goal to his amended list: “Wean kids.”