Chuck Norris is the only perso...

A photographer for a national magazine was assigned to take pictures of a great forest fire. He was advised that a small plane would be waiting to fly him over the fire.
The photographer arrived at the airstrip just an hour before sundown. Sure enough, a small Cessna airplane was waiting. He jumped in with his equipment and shouted, "Let's go!" The tense man sitting in the pilot's seat swung the plane into the wind and soon they were in the air, though flying erratically.
"Fly over the north side of the fire," said the photographer, "And make several low-level passes."
"Why?" asked the nervous pilot.
"Because I'm going to take pictures!" yelled the photographer. "I'm a photographer, and photographers take pictures!"
The pilot replied, "You mean you're not the flight instructor?"

How To Take The Perfect Hadoken Photo - The newest meme in Japan - go with the flow! - link to page video is posted initially.

A man hears a knock on his back door and goes to answer it. There's no one there but the man notices a snail on his doorstep so he kicks it to the bottom of his garden.
Five years later there's another knock on the door. The man answers it to find the snail on his doorstep again.
‘Hey!' says the snail. ‘What the hell was that about?'
#joke
Joke | Source: Really Funny Jokes - Really Funny jokes, adult jokes, Good jokes, short funny jokes, teacher jokes, affair jokes, kids jokes, doctor jokes, funny pictures The first to cross the line do not always grab the best prize - Sometimes second place is just as good, may be even better! | Source : Jokes of The Day - By Jokes of the day visitor

A man walks into a book store and asks the clerk if she could tell him where the "self-help" area is.

She replied, "Of course I can, but that would defeat the purpose, now wouldn't it?"

What Is One Billion?


According to a recent government publication ...
A billion seconds ago Harry Truman was president.
A billion minutes ago was just after the time of Christ.
A billion hours ago man had not yet walked on earth.
A billion dollars ago was late yesterday at the U.S. Treasury. 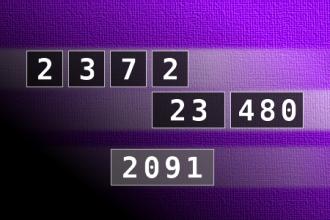 Q. What's the difference between a lawyer and a vampire?

A. A vampire only sucks blood at night.

Q: What's the difference between a lawyer and a catfish?

A: One is a slimy, bottom dwelling, scum sucker. The other is a fish.

Q. How many law professors does it take to change a light bulb?

A. You need 250 just to lobby for the research grant.

Q: What do you call a smiling, sober, courteous person at a bar association convention?

A: If one side has one, the other side has to get one.

A: Once launched, they can't be recalled.

A: When they land, they prevent anything from functioning for the next hundred years.

“When I got the bill for the engine rebuild, I blew a gasket!”

One day the first grade teache...

The teacher paused then asked the class, "And what do you think that farmer said?"

One little girl raised her hand and said,
"I think he said: 'Holy Mackerel! A talking chicken!'"

The teacher was unable to teach for the next 10 minutes.

A bishop, a boy scout and the Brain of Britain were passengers in a small plane. The pilot announced serious trouble and asked everyone to leave the aircraft. However, there were only two parachutes, so the bishop suggested that as he was the oldest, he should stay behind. The scout said: "Don't worry sir! There are still two parachutes. The Brain of Britain has jumped using my haversack!"
#joke
Joke | Old joke from joke of the day archives - Check out other old jokes Saturday, 03 April 2010


A tourist wanders into a back-alley antique shop in San Francisco's Chinatown. Picking through the objects on display he discovers a detailed, life-sized bronze sculpture of a rat. The sculpture is so interesting and unique that he picks it up and asks the shop owner what it costs.
"Twelve dollars for the rat, sir," says the shop owner, "and a thousand dollars more for the story behind it."
"You can keep the story, old man," he replies, "but I'll take the rat."
The transaction complete, the tourist leaves the store with the bronze rat under his arm. As he crosses the street in front of the store, two live rats emerge from a sewer drain and fall into step behind him. Nervously looking over his shoulder, he begins to walk faster, but every time he passes another sewer drain, more rats come out and follow him. By the time he's walked two blocks, at least a hundred rats are at his heels, and people begin to point and shout. He walks even faster, and soon breaks into a trot as multitudes of rats swarm from sewers, basements, vacant lots, and abandoned cars. Rats by the thousands are at his heels, and as he sees the waterfront at the bottom of the hill, he panics and starts to run full tilt.
No matter how fast he runs, the rats keep up, squealing hideously, now not just thousands but millions, so that by the time he comes rushing up to the water's edge a trail of rats twelve city blocks long is behind him. Making a mighty leap, he jumps up onto a light post, grasping it with one arm while he hurls the bronze rat into San Francisco Bay with the other, as far as he can heave it. Pulling his legs up and clinging to the light post, he watches in amazement as the seething tide of rats surges over the breakwater into the sea, where they drown.
Shaken and mumbling, he makes his way back to the antique shop.
"Ah, so you've come back for the rest of the story," says the owner.
"No," says the tourist, "I was wondering if you have a bronze lawyer."

“Warning: May contain nuts.” — On a package of peanuts.

“Do not eat.” — On a slip of paper in a stereo box, referring to the styrofoam packing.

“Access hole only — not intended for use in lifting box.” — On the sides of a shipping carton, just above cut-out openings which one would assume were handholds.

“Warning: May cause drowsiness.” — On a bottle of Nytol, a brand of sleeping pills.

“Warning: Misuse may cause injury or death.” — Stamped on the metal barrel of a .22 calibre rifle.

“Do not use orally after using rectally.” — In the instructions for an electric thermometer.

“Turn off motor before using this product.” — On the packaging for a chain saw file, used to sharpen the cutting teeth on the chain.

“Not to be used as a personal flotation device.” — On a 6×10 inch inflatable picture frame.

“Please remove before driving.” — On the back of a cardboard windshield (for keeping the car from getting too hot when parked).

“Remove plastic before eating.” — On the wrapper of a Fruit Roll-Up snack.

“Not dishwasher safe.” — On a remote control for a TV.

“For lifting purposes only.” — On the box for a car jack.

“Do not put lit candles on phone.” — On the instructions for a cordless phone.

“Warning! This is not underwear! Do not attempt to put in pants.” — On the packaging for a wristwatch.

“Do not recharge, put in backwards, or use.” — On a battery.

A passerby noticed a couple of...

A passerby noticed a couple of city workers working along the city sidewalks. The man was quite impressed with their hard work, but he couldn't understand what they were doing.
Finally, he approached the workers and asked, "I appreciate how hard you're both working, but what the heck are you doing? It seems that one of you digs a hole, and then the other guy immediately fills it back up again.
One of the city workers explained, "The third guy who plants the trees is off sick today."
#joke
Joke | Old joke from joke of the day archives - Check out other old jokes Saturday, 03 April 2010

Q: Why does the easter bunny hide his eggs? A: He doesnt want anyone to know hes f**king chickens.
#joke #short
Joke | Old joke from joke of the day archives - Check out other old jokes Saturday, 03 April 2010