A guy was driving down the street in a sweat because he had an important meeting and couldn't find a parking spot.

Looking up to heaven, he said: "Lord, take pity on me. If you find me a parking place I will go to mass every Sunday for the rest of me life and give up me whiskey!" The guy looked up again and said: "Never mind, I found one."

Funny video of the day - The Amazing Spider Kid!

The Amazing Spider Kid! - Car is missing on top of refrigerator? Let's bring it up! - link to page video is posted initially.

Harry is so lazy, if you shot him he'd probably ask someone to help him to the floor.
Harry was so lazy, if he dropped something he wouldn't pick it up again till his shoelaces needed tying.
Harry was so lazy he had his window box concreted over.
Harry works almost every day. He almost works on Monday, he almost works on Tuesday, he almost works on Wednesday.
#joke #monday
Joke | Source: Really Funny Jokes - Really Funny jokes, adult jokes, Good jokes, short funny jokes, teacher jokes, affair jokes, kids jokes, doctor jokes, funny pictures

The local sheriff was looking for a deputy, so Gomer, who was not exactly the sharpest nail in the bucket, went in to try out for the job.
"Okay," the sheriff drawled, "Gomer, what is 1 and 1?"
"11" he replied.
The sheriff thought to himself, "That's not what I meant, but he's right. What two days of the week start with the letter 'T'?"
"Today and tomorrow."
The sheriff was again surprised that Gomer supplied a correct answer that he had never thought of himself.
"Now Gomer, listen carefully: Who killed Abraham Lincoln?"
Gomer looked a little surprised himself, then thought really hard for a minute and finally admitted, "I don't know."
"Well, why don't you go home and work on that one for a while?"
So, Gomer wandered over to the barbershop where his pals were waiting to hear the results of the interview. Gomer was exultant. "It went great! First day on the job and I'm already working on a murder case!" Special model for girls with extra long arm - Second arm must be regular size! | Source : Jokes of The Day - By Jokes of the day visitor

The local sheriff was looking for a deputy, so Gomer, who was not exactly the sharpest nail in the bucket, went in to try out for the job.
"Okay," the sheriff drawled, "Gomer, what is 1 and 1?"
"11" he replied.
The sheriff thought to himself, "That's not what I meant, but he's right. What two days of the week start with the letter 'T'?"
"Today and tomorrow."
The sheriff was again surprised that Gomer supplied a correct answer that he had never thought of himself.
"Now Gomer, listen carefully: Who killed Abraham Lincoln?"
Gomer looked a little surprised himself, then thought really hard for a minute and finally admitted, "I don't know."
"Well, why don't you go home and work on that one for a while?"
So, Gomer wandered over to the barbershop where his pals were waiting to hear the results of the interview. Gomer was exultant. "It went great! First day on the job and I'm already working on a murder case!"
#joke
Joke | Source: A joke a day - Free Jokes of the Day Clean Funny Jokes via Email, Humor and Entertainment

My husband wants me to ask you....

Brenda, pregnant with her first child, was paying a visit to her obstetrician's office. When the exam was over, she shyly began, "My husband wants me to ask you..."

"I know, I know." the doctor said, placing a reassuring hand on her shoulder, "I get asked that all the time. Sex is fine until late in the pregnancy."

"No, that's not it at all." Brenda confessed. "He wants to know if I can still mow the lawn." 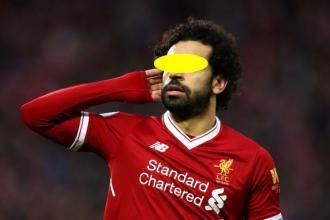 A Jewish man goes and visits a Rabbi about a personal concern of his.
"Rabbi," he says, "I am so upset about my son, I don't know what to do. I raised him a good Jew, taught him the Torah, and instructed him about the Sabbath. Well, I just learned at this last Passover that he converted to Catholicism. Please tell me what I should do to reason with him!"The Rabbi answers: "Funny you should mention this. The exact same thing happened to my son. I taught him everything I know to make him follow in my footsteps and become a good Rabbi like me, and the next thing I know, he converted to Catholicism and became a Priest! I truly don't know what to tell you: maybe we should ask Yahweh for some insights."
To two men started praying: "Yahweh, G-d almighty, Creator of the Universe, please come to our rescue. Our firstborn sons have converted to Catholicism! What should we do?"
A thundering voice responds: "WELL, TELL ME ABOUT IT!!"

A man is walking home late at night when he sees a woman in the shadows.

"Twenty bucks," she says. he'd never been with a hooker before, but he decides what the hell it's only twenty bucks.

They're going at it for a minute when all of a sudden a light flashes on them it's a police officer.

"I'm making love to my wife," the man answers indignantly.

"Well," said the man, "neither did I until you shined that light in her face."

A husband comes home to find his wife with her suitcases packed in the living room.

"Where the hell do you think you're going?" he says.

"I'm going to Las Vegas. You can earn $400 for a blow job there, and I figured that I might as well earn money for what I do to you free."

The husband thinks for a moment, goes upstairs, and comes back down, with his suitcase packed as well.

"Where do you think you going?" the wife asks.

A Game Of Animal Football


The animals were bored. Finally, the lion had an idea. "I know a really exciting game that the humans play called football. I've seen it on T.V."
He proceeded to describe it to the rest of the animals and they all got excited about it so they decided to play. They went out to the field and chose up teams and were ready to begin.
The lion's team received. They were able to get two first downs and then had to punt. The mule punted and the rhino was back deep for the kick. He caught the ball, lowered his head and charged. First, he crushed a roadrunner, then two rabbits. He gored a wildebeast, knocked over two cows, and broke through to daylight, scoring six.
Unfortunately, they lacked a placekicker, and the score remained 6 - 0.
Late in the first half the lion's team scored a touchdown and the mule kicked the extra point. The lion's team led at halftime 7 - 6. In the locker room, the lion gave a peptalk.
"Look you guys. We can win this game. We've got the lead and they only have one real threat. We've got to keep the ball away from the rhino, he's a killer. Mule, when you kick off be sure to keep it away from the rhino."
The second half began. Just as the mule was about to kick off, the rhino's team changed formation and the ball went directly to the rhino. Once again, the rhino lowered his head and was off running. First, he stomped two gazelles. He skewered a zebra, and bulldozed an elephant out of the way. It looked like he was home free. Suddenly at the twenty yard line, he dropped over dead. There were no other animals in sight anywhere near him. The lion went over to see what had happened. Right next to the dead rhino he saw a small centipede.
"Did you do this?" he asked the centipede.
"Yeah, I did." the centipede replied.
The lion retorted, "Where were you during the first half?"
"I was putting on my shoes."